One week after Twitter implemented a nonfungible (NFT) profile picture feature, Reddit appears to be testing out a similar feature on its platform. The social media platform wants to enable users to set their profile picture to any NFT using an attached image.

In an interview with TechCrunch on Thursday, Reddit spokesperson Tim Rathschmidt stated: “We’re always exploring ways to provide value for users and communities on Reddit,” Tim Rathschmidt, Reddit’s spokesperson stated. He added that the platform is carrying the internal test to find out how feasible it will be to use NFTs as profile pictures on Reddit.

The Feature Will Be Similar To Twitter’s NFT Avatar

The avatar feature will be similar to the profile picture feature introduced by Twitter last week. However, Twitter’s NFT profile feature is only available to Twitter Blue subscribers on iOS.

NFTs have faced a series of criticisms from Web2 developers and gamers in recent times. Some have even gone as far as blocking Twitter accounts using NFT profile pictures.

But the current situation has not deterred Reddit from experimenting with various initiatives around NFTs. It has even established a dedicated page for NFT-based activities at nft.reddit.com.

Reddit has shown significant interest in the cryptocurrency and NFT market. In May 2020, the platform launched crypto tokens for its rFortnite and r/Cryptocurrency communities. The tokens were called BRICK and MOON and are based on Ethereum standards.

Reddit already has its Ethereum-based NFT it calls CryptoSnoos, which was rolled out in limited numbers last year.

The Feature Is Still In Its Early Testing Phase

With the latest introduction, the users will be able to add any NFT token they own as their profile picture. This can help to give NFTs more visibility among Reddit users and the entire online community.

However, Reddit noted that the test is in a very early stage and there is no guarantee that the feature will become part of the platform. Since it’s still in its testing phase, the feature is not yet available to the public users on its site. 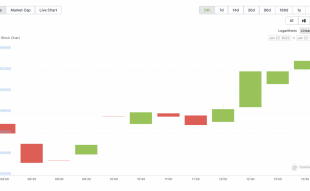