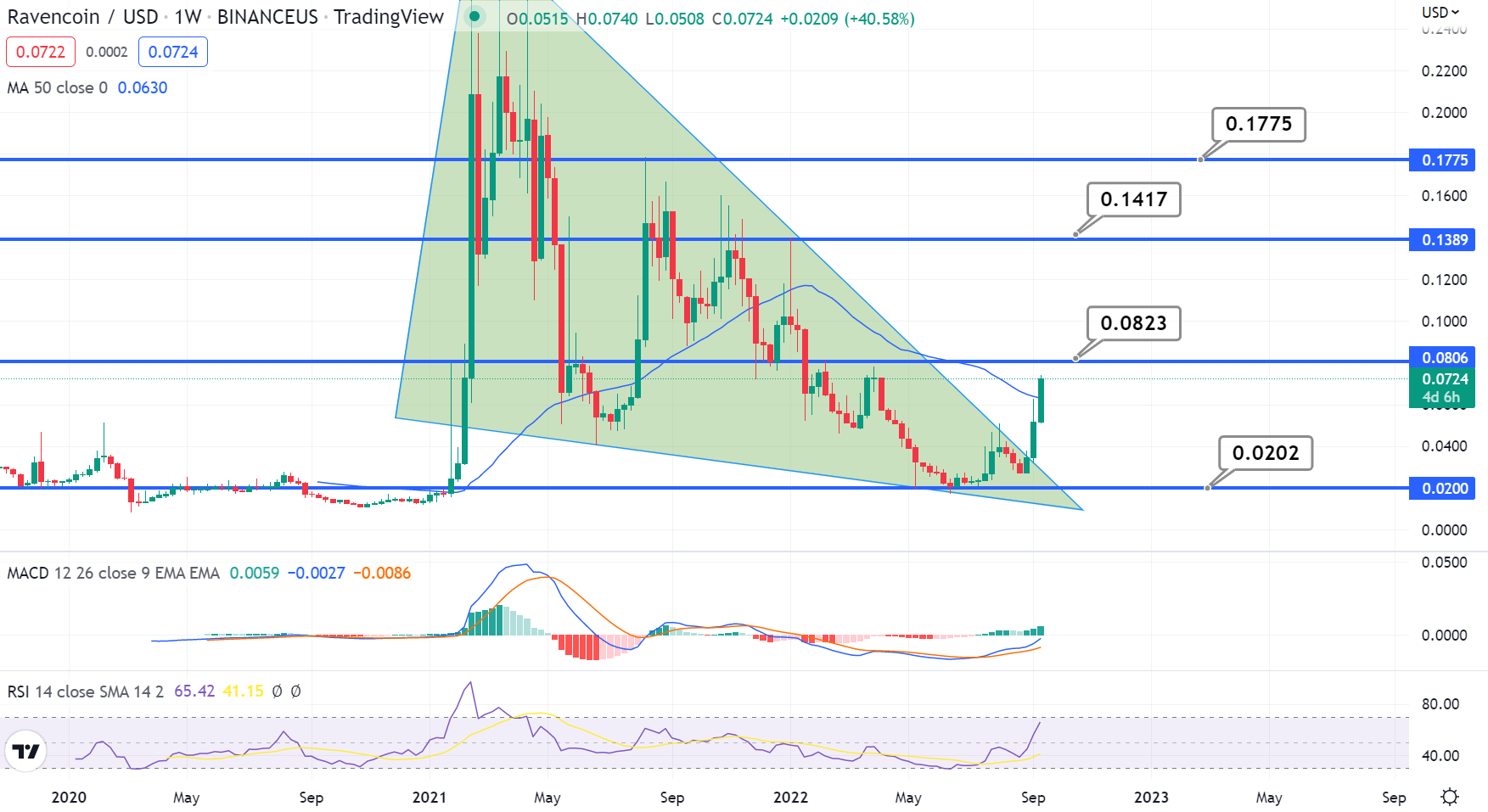 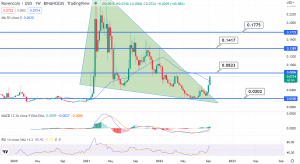 RVN is one of the proof-of-work tokens attracting miners as the ETH Merge, which would convert the network to proof-of-stake approaches. Ravencoin activity had already increased as proof-of-work miners sought alternatives because they would soon be unable to mine Ethereum.

RVN mining is viable for Ethereum miners who want to continue mining after the Ethereum blockchain transitions to a proof-of-stake algorithm. Due to the network’s increasing hash rate and miners’ migration, investors are becoming more interested in networks such as Ravecoin and others. As a result, the Ravencoin network’s hash rate has increased dramatically.

The rate has increased from 2.79 TH/s on September 6 to 6.78 TH/s at the time of writing. The network difficulty increased by 2X, from 37.78K to 83.12K, according to data from 2miners.com, leading to an increase in trade volume and a significant increase in the RVN/USD market valuation.

Ravencoin Gets Listed on FTX

On September 12, FTX announced a new RVN futures offering, causing a surge in activity. On social media, Ravencoin supporters reacted positively to the announcement of the FTX offering. For FTX, Ravencoin’s growing popularity allows traders to profit from a possible increase in Ravencoin activity and price.

As a result of FTX’s announcement that it will list Ravencoin perpetual futures on its platform, the RVN/USD price has risen.

As the community tries to capitalize on the current market momentum, Ravencoin’s popularity encourages the expansion of its ecosystem. Meta-Z is the first platform on the Ravencoin Blockchain to support play-to-earn and VR capabilities.

JQNFTX, an NFT artist, created Meta-Z, which will soon be available on the blockchain network.

The Ravencoin team has revealed that a cold storage device explicitly designed for Ravencoin and other Ravencoin assets is in the works. The company has stated that the device will be available for purchase soon, but there is no timetable for releasing the cold wallet.

Ravencoin will also debut on the virtual platform Braveland on September 15. To give birth to Bitcoin 3.0, the conference would include an in-depth examination of Ravencoin. Then, there will be a physical meeting aboard the Royal Caribbean Symphony of the Seas in November.

During the week-long event, the company will discuss the project’s progress and potential future events. The RVN/USD is rising due to news of upcoming meetings and developments.

The RVN/USD pair is trading at $0.0724 after bouncing off the $0.0202 support level. The RVN/USD has formed a “three white soldiers” pattern on the weekly timeframe, indicating the possibility of further bullish trends.

Ravencoin Price Chart – Source: Tradingview
The immediate resistance level for Ravencoin remains at $0.0823, and a break of this level exposes RVN price to $0.1417. On the downside, RVN finds immediate support at $0.0472 and $0.0202.
Simultaneously, the RSI and MACD are indicating a bullish trend. If you want to trade RVN, you should wait for the coin to test $0.0823, as a break above this level may provide a buying opportunity and vice versa.