Homenewsnumber of active daos has increased by 660 since last year 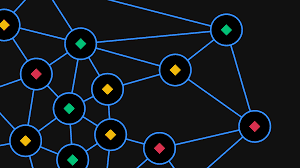 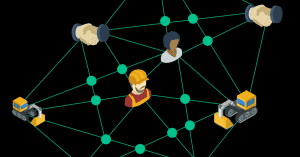 The development of active decentralized autonomous organizations(DAOs) in increasing at an alarming rate, according to recent reports.

DeepDAO founder and chief executive officer Eyal Eithcowich stated that the number has risen to 78 from its initial number of 10 ten years ago.

DeepDAO provides analysis and insights into decentralized autonomous organizations. The portal set up a new interface recently, which enables users to effectively probe the health and wealth of DAOs.

It recently rolled out a new platform that will examine the development of the top decentralized organizations in crypto.

No indication that DAOs have good governance

From the platform data, it reveals that a huge asset under management (AUM) doesn’t show an indication that DAO has good governance.

For instance, the top-ranking project under capital flows and management is mStable, but it ranks poorly by proposals and membership. Out of 29 total proposals, only 9 members voted mStable.

On the other hand, dxDAO ranks third by membership with 428, and second by proposal by 268, even when mStable’s AUM is 10% higher.

DAOs has been given much importance by the recent decentralized finance (DeFi) boo, as an important component of the crypto ecosystem, with several projects distributing governance voting rights to their users.

While commenting about the development, Eithcowich explained the mission of the platform by stating that “all the DAOs together [to] provide very clear and approachable data” to inform a “discoverability engine.”

However, Eithcowich said power resided among a small individual group after the organization became widely known as the biggest party in the city council elections in Tel Aviv.

This led to the death of the movement, as many top activists left the organization. He said the movement still contracted into a narrow structure despite having the best intentions.

The restructured website offers vital overviews of the DAO sector, which includes monthly and weekly fluctuations in AUM.

The ranking of individual DAOs is based on several factors, including the level of voter participation in government processer, the number of proposals by the movement, membership, and fiat value.

Glassnode is warning SUSHI holders that the pre-programmed inflationary mechanism of the token could ...