Seetee AS would be focusing on bitcoin projects and companies as stated by Kjell Inge Roekke, the billionaire chairman and majority owner of Aker.

The Norwegian billionaire stated in a letter written to the company’s shareholders that Seetee would be launching with 500 million Norwegian Krone ($58.6 million) in capital.

In an announcement released on Monday, Aker said its new investment entity, Seetee AS, will keep all its liquid investable assets in bitcoin and will also enter the bitcoin mining industry in due time.

The Oslo stock exchange-listed company further made known that Seetee had partnered with Blockstream, a blockchain technology company based in Canada. The collaboration would see the companies work on Bitcoin mining while also seeking to fuse blockchain technology with Aker’s industrial operations.

“These technologies have the potential to reduce frictions in our day to day lives, enhance the security of our digitally-driven economies, and unlock new business models for innovation.”

Although Aker is a holding company focused on energy, construction and fishing, most of its income is gotten from the oil and gas industry. However, in recent years it has increased its investments in renewable energy and information technology.

As companies start to see the benefits of investing in or converting cash treasuries into bitcoin, the demand in the Bitcoin market will continue to increase.

Publicly traded companies have seen the need to turn their treasury cash into bitcoin because they’re worried about the low-interest rates and the scourge of inflation with all the money printing and the coronavirus effect.

Microstrategy is one big name that has amassed bitcoin steadily over time. The American publicly listed company bought a total of $4.45 billion worth of Bitcoins over some time and is now said to have a market value worth $2.428 billion, printing a gain of over $1.2 billion.

Last month, Tesla Inc disclosed that it had bought $1.5 billion of Bitcoin, which sent the token’s price up 20%.

Square has also announced last month in its fiscal fourth-quarter financial report that it bought $170 million worth of bitcoin. The company said it purchased approximately 3,318 bitcoins, expanding on its October 2020 buy of 4,709 and that represents about 5% of the company’s total assets as of the end of 2020. 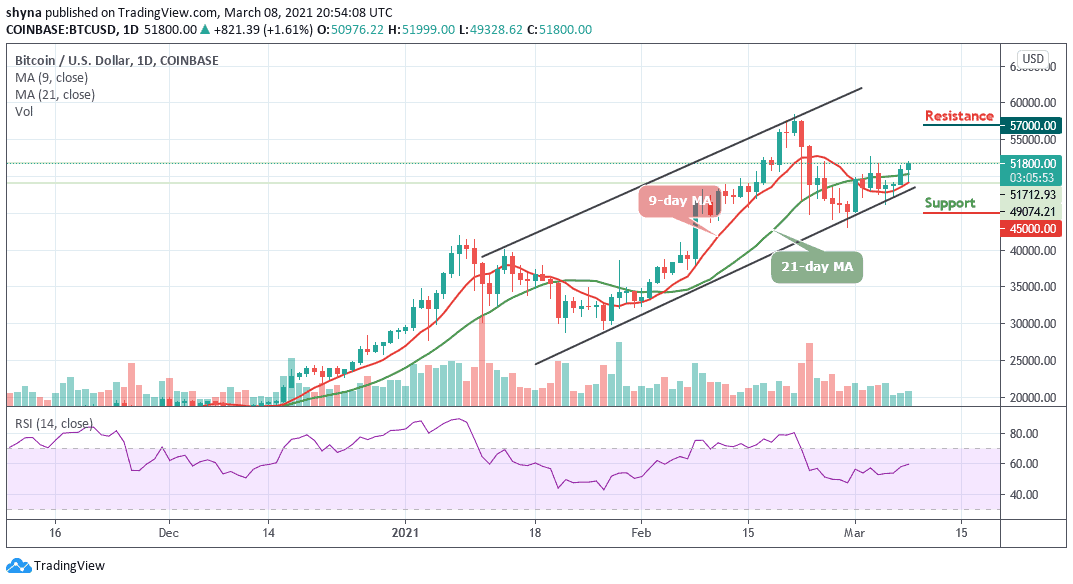