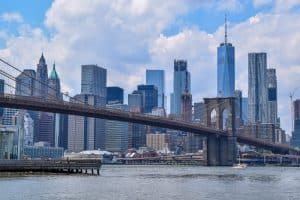 Adams stated that he would receive his salary in Bitcoin back in November during his campaign as the mayor of the city.

Adams to receive crypto through Coinbase

Adams will be receiving his first three paychecks in Bitcoin and Ethereum. However, he has not given any reasons for choosing the two largest cryptocurrencies by market capitalization.

Adams will receive an annual salary of $260,000 as the mayor of New York. His salary will be paid out every two weeks at a gross pay of $9924.66. The payment of this salary comes at a timely time for Adams, given that the price of Bitcoin has registered a notable dip.

New York’s Department of Labor does not legalize the direct use of crypto to settle paychecks. Thereby, Adams will be converting his fiat salary into crypto through Coinbase. Towards the end of last year, Coinbase launched a feature that allows the direct conversion of paychecks into crypto.

The use of cryptocurrencies to pay salaries has not been widely accepted due to the high volatility in crypto prices. Additionally, the use of crypto for payments has also not been fully endorsed despite the notable growth of the sector.

Adams wants to transform NYC into a crypto hub

Adams will be joining the trend by Miami to transform the city into a crypto hub. Adams had initially noted down his plans to integrate crypto studies into the school system, noting that this would boost innovation. He is also looking towards boosting a friendly regulatory framework.

Commenting on this development, Adams stated, “New York is the centre of the world, and we want it to be the centre of cryptocurrency and other financial innovations. Being on the forefront of such innovation will help us create jobs, improve our economy, and continue to be a magnet for talent from all over the globe.”

The chief technology officer for New York City, Matt Fraser, also commented on this development, noting that technology was an equalizer in the financial and digital sectors. He added that Adams was taking a “leading example of how we can empower people through tech with a more diverse set of options to manage their finances.” 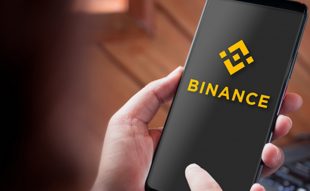 Binance’s CEO, Changpeng Zhao, has noted that the recent crackdown on crypto ads will ...