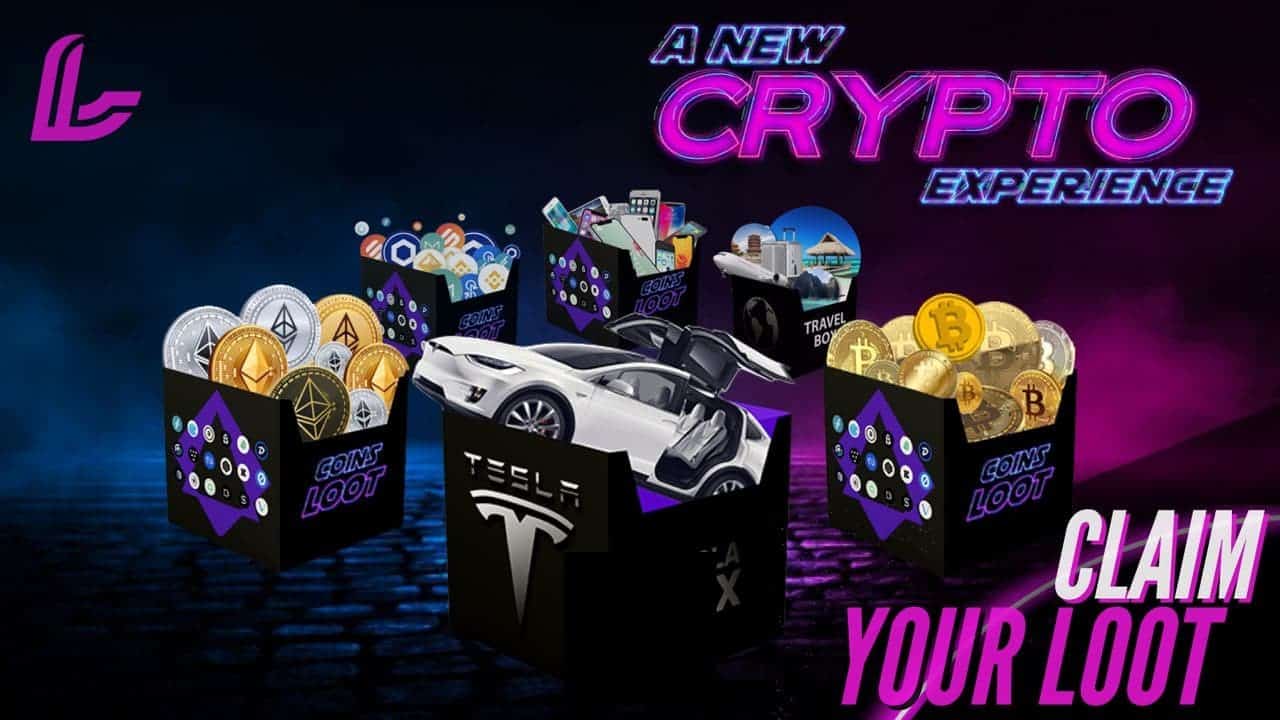 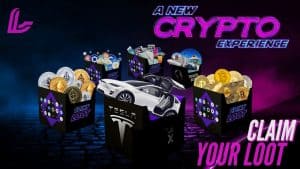 CoinsLoot has created the World’s First Cryptocurrency Loot Boxes. Run on the native LOOT token. Users will be able to open crypto loot boxes using any ERC20 currency. The entire system will be decentralized and function on a smart contract. Inside each loot box there will be a spin feature for users to get any major cryptocurrency. Not only that users will be able to get real world items as well, through our exclusive partnerships we can offer the newest mobile phones, high end gaming peripherals, and even a Tesla Model X.

The Native Loot token which investors can purchase during our fundraising stage will be able to stake their tokens in the smart contract and earn profit from each loot box opened by users. This fully integrated system benefits both investors and users, as well as increasing the global adoption of cryptocurrencies. The more users we have on the platform the higher value items we are able to include in the Loot Boxes.

After Bitcoin and Blockchain, it’s time for another revolutionary change in the cryptocurrency industry. There is more and more talk about the power and value of tokens, which is why new platforms decide to create their tokens. CoinsLoot is a new, unique project which connects cryptocurrencies and loot boxes as a decentralized finance app. Sounds unbelievable? Not for CoinsLoot.

What is a LOOT token?

LOOT token is a utility token based on the Ethereum ERC20 protocol, which is well trusted and highly secure. A native token will ensure full transparency of the transactions.

LOOT token is a utility token based on the trusted ERC20 protocol, which is widely known by users as secure and reliable tokens used across any platform. CoinsLoot also gives its users the possibility of staking their LOOT tokens. What is token staking? Basically, staking means storing tokens by freezing them in your wallet for a certain period of time to increase your income. Staking LOOT tokens is a great option for investors, who want to earn big profits from all the transactions which are occurring on the CoinsLoot platform. Investors will have profits for the staking age, so the longer investor stakes tokens, the more valuable they will be in the future.

ICO (Initial Coin Offering) is a way of collecting funds for a new crypto offering. For this purpose, the platform emits its own tokens and enthusiasts buy some tokens to help in the project’s development.

CoinsLoot’s ICO was planned in 5 stages. Depending on the stage the ICO is on, the price of LOOT tokens will increase. The schedule of the ICO with prices is below:

After the final stage tokens will be listed on the major exchanges. The date of entry to the exchange of the new token is scheduled for March 24, 2021.

Why should you buy LOOT tokens?

First of all, the project is aimed at a new group of cryptocurrency users who do not know which cryptocurrency to invest in at the beginning. That’s why CoinsLoot has a system that allows you to decide which of the Cryptocurrency you will get.

The second group are people who don’t see the point in investing into cryptocurrencies because of the lack of inability to spend them on real world items. CoinsLoot is the world’s first application where users can have real gadgets for cryptocurrencies they already have in their wallets.

CoinsLoot is also a project that wants to change beliefs about cryptocurrency exchanges. Many users see that problem with exchanges available on the market is that all of them are the same, both in handling and looking. The system in CoinsLoot is completely different because it is focused on entertainment. Giving people a chance to get valuable cryptocurrencies and items is another reason why CoinsLoot was created. Many users, especially the new ones, don’t have an opportunity to get really profitable currencies or limited, unique gadgets but thanks to CoinsLoot it can be changed.

CoinsLoot is also the world’s first cryptocurrency with loot boxes. What does it mean? As everyone knows, loot boxes are virtual items with mysterious content, usually used in video games. Actually, in the video games industry, loot boxes don’t have the greatest opinion, which was caused by accusations of encouraging gaming among gamers and children. Hence, loot boxes are banned in few countries, and in Belgium and the Netherlands there were high profile cases, after which the government unanimously banned the use of loot boxes in games such as FIFA or Call of Duty. The thing is that initially loot boxes were only meant as a small addition to the game, players could change a little bit the appearance of their character or buy a better weapon, they weren’t obligated to open loot boxes and pay real money to get the content of the box. Unfortunately, video games companies have started to use micropayments as one of the ways for financing the games, and loot boxes become necessary to complete games. The video games community disagrees that it is money, not skills that would determine progress in the game.

It is worth adding that micropayments used in opening the loot boxes were important help for developers, which paid off the initial costs of creating games. Also, funds raised by loot boxes and micropayments are used to improve the profitability in free games.

However, CoinsLoot found a new area of using loot boxes. It is the first ever platform introducing loot boxes into the cryptocurrency world. What is the role of loot boxes in CoinsLoot? Loot boxes are used similarly to video games, but because of the no-loss guarantee users can be secure that the content of the chosen loot box wouldn’t be less than the amount of money he invested in. Actually, loot boxes in this project play the main role.

Users will be welcomed to the platform with the option to buy various Loot Boxes with various different values associated with each box. 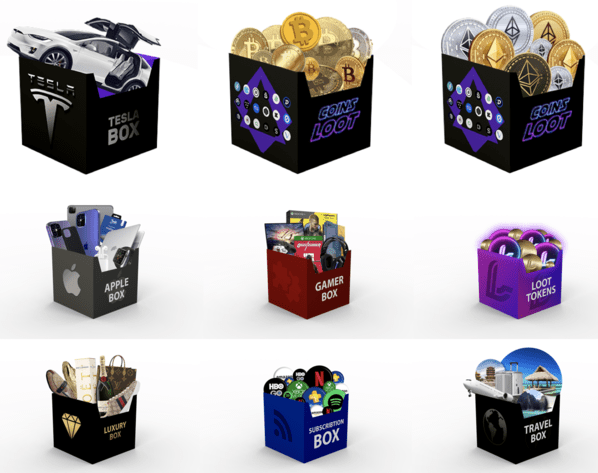 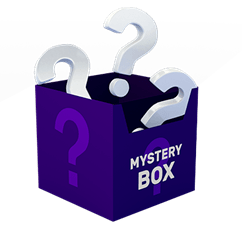 Inside the mystery box as well as all other boxes users will have to spin the wheel to determine which item they receive. 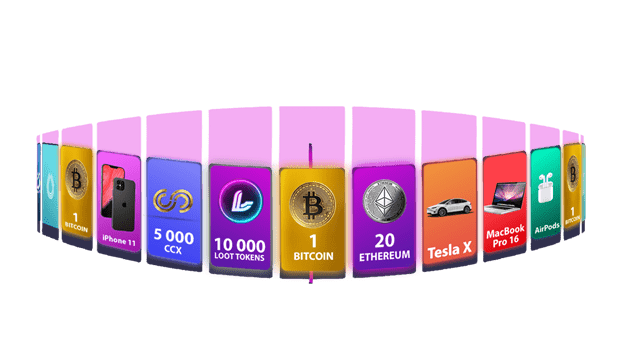 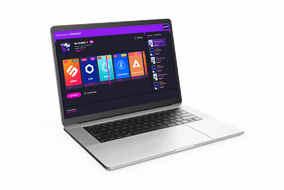 The CoinsLoot Platform has already been developed and just needs a few finishing touches. This is important to understand because with most investments and fundraising, investors have to wait years for the platform or project to develop. Not with us! We already have a finished product ready for the end consumer. Illustrated here.

Kraken Sees 100,000 ETH Staked In It Within Four Days Alone