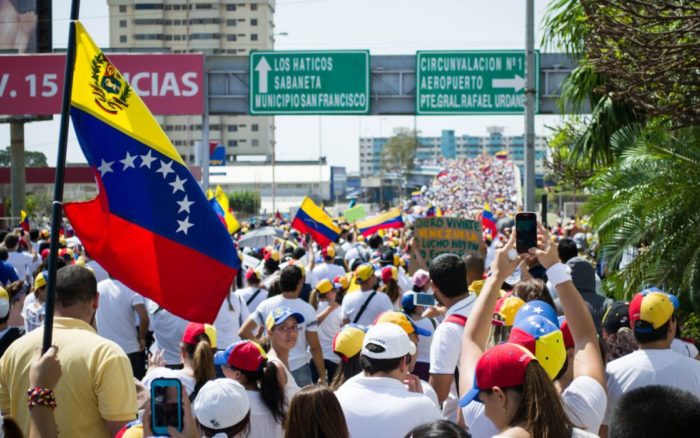 Venezuela is trying its hands on anything that can help it circumvent Washington and its sanctions, and a new report has detailed how Bitcoin could play into the country’s strategy. Earlier this week, local news medium ABC Spain reported that Nicolas Maduro, the president of the South American nation, has given the green light to officials at airports regarding the use of an app which will collect aviation tax revenue, convert these revenues into Bitcoin and other crypto assets, and immediately send them to cryptocurrency exchanges based overseas.

According to the report, the app- which was called Jet Man Pay- is actually from the United States. Venezuela gets the cryptocurrency via the app and converts the Bitcoin funds with help from some partners in Hungary, Russia, and China. From the crypto exchanges, the funds are deposited into actual dollars into government-owned bank accounts in these countries.

ABC revealed that the Venezuelan government have been working on Bitcoin wallets for over a year now, adding that through this operation method, Maduro and his administration could pretty much render Washington imposed sanctions useless.

The effort is pretty much the latest in Venezuela’s attempts to circumvent sanctions by making use of crypto assets. Currently, the strategy is being employed at the Maiquetia International Airport (IAM), which is located near the Venezuelan capital of Caracas. However, the report adds that Maduro is now planning to expand this strategy to cover airports that go beyond the capital. He is reportedly set to sign an agreement which will apply the manoeuver to aircraft refueling payments.
In the proposed new contract, the Jet Man Pay app will be used whenever a plane lands at the Maiquetia International Airport, at which point fiat payments are made in exchange for fuel.

From there, Petróleos de Venezuela, the oil and gas company operated by the government, will employ the app in paying government taxes. The remitted taxes are immediately sent to the foreign exchanges as cryptocurrency.

It is also particularly interesting that the government chose to use Bitcoin as its means of evading sanctions, and not some other crypto asset, say, its Petro coin; an asset which was pretty much developed to help Venezuela fight these same sanctions in the first place.

Petro has continued to struggle with little to no adoption, even in Venezuela as well. The struggle has been so daunting, that Maduro himself had to order Banco de Venezuela, the country’s leading bank, to accept Petro in all of its branches a few weeks back. Outside of the country, things are pretty much the same. Upon hearing that Petro might be central to Venezuela’s sanction circumvention campaign, Donald Trump immediately issued an executive order banning all American citizens from purchasing the asset.

Also, given how poorly the asset has performed, as well as the economic situation in which Venezuela currently finds itself, it is understandable that cryptocurrency exchanges based overseas won’t be inclined to accept Petro.