Blockchain technology is still in its early days, with developers are working on several different projects. To some extent, this is reminiscent of the early days of the internet when Wide Area Networks started gaining traction in several computer science research labs and laboratories across the United States.

This was followed by the ARPANET, which is widely considered as a precursor to the internet. At that time, most of the early development around the technology was community driven and was being carried out by passionate developers who held a firm belief in the underlying technology. Arguably, the same holds true for blockchain today as well.

The cryptocurrency and blockchain community has been firmly knit since Bitcoin was launched in 2009. As a result, researchers and developers are highlighting how network effects have played a pivotal role in the early internet days and are now also contributing to the growth of blockchain technology.

What Exactly are Network Effects?

A network effect is termed as the positive result of the collective efforts by all members of a network. Network effects played a crucial role in developing the internet and rolling out the technology to masses.

The technology went from starting out as a small community driven project to become economic moats for technology companies in the early 2000s. The same network effects that had built the technology were now responsible for helping establish profit-driven companies and a global economy.

The world’s most popular social media network Facebook is perhaps the best example of the network effects helping create a corporate giant. Mark Zuckerberg developed Facebook with an aim to connect students from across the world.

The experiment that he began in his student dorm is now a company with a market capitalization of over $508 billion. It is easy to see how network effects played a pivotal role in the growth of the company.

An increasing number of people began using the platform after noticing their friends and family using the social media network. Newer users were thus intrigued to explore Facebook as it was a unique social experience.

The networking effect also has tremendous benefits for an online marketplace. A significant increase in the number of sellers offering the same products forces all of them to adopt competitive pricing. This is beneficial to buyers as they get better products at cheaper rates.

On the other hand, if there are more buyers for a product, the seller may charge higher than usual. Thus the sellers are now at an advantage as compared to buyers. Ebay and Amazon are perhaps the two most prominent examples of technology companies who leveraged networking effects to create a business monopoly.

It has been observed that the same networking effects which helped establish these companies in the first place were now being exploited for higher profitability. Chris Dixon stated that technology platforms dependent on networking effects for their growth follow an “S curve.”

In the initial launch days of the product, the growth is dependent on the number of users. The curve begins to flatten as the company grows and more users join the platform. In the later stage of the company, it only focuses on generating more profits as it seeks to maximize benefits from the network users.

“When they (companies) hit the top of the S curve, their relationships with network participants change from the positive sum to zero-sum. The easiest way to continue growing lies in extracting data from users and competing with complements over audiences and profits.”

Historical examples of this are Microsoft vs. Netscape, Google vs. Yelp, Facebook vs. Zynga, and Twitter vs. its 3rd-party clients. A key strategy is to monetize user data and target users with better-personalized advertisement suggestions once companies reach the later stage of the S curve.

Amazon and Facebook have come a long way from their early days. Both technology companies have improvised on their Minimum Viable Products with which they initially launched.

Facebook began by calling itself a networking platform whereas most of its revenue today comes from advertising.

These advertisements are tailored according to the user’s preferences and likes by analyzing harvested data. Amazon began as an online bookstore but Amazon Web Services today contributes the highest share of revenue for the company. As a result, network effects, which helped establish these companies, are now being exploited for monetary gains by them.

Facebook found itself in the middle of a controversy when news surfaced that the company had leaked sensitive user data to Cambridge Analytica. Founder Mark Zuckerberg was summoned to a testify before a panel of US Senators.

Importantly, there have always been concerns that Facebook and several other social media sites collect user data and then monetize it or sell it to someone else. Privacy has become a talking point ever since the data breach surfaced.

It is possible that blockchain, also referred to as Web 3.0, will soon see the rise of a new social networking platform. This platform will be decentralized, with its user data stored on a cryptographically-encrypted blockchain. Network effects will once again help in setting up a new platform for users.

Blockchain technology promises two advantages, one of immutability and other of no longer storing data on centralized servers.

In a research paper titled “Decentralized blockchain technology and the rise of Lex Cryptographia,” the researchers state:

“Traditional conceptions of Internet regulation need to be reexamined in a world inhabited by decentralized applications, encrypted communication channels, and autonomous agents.”

If blockchain technology becomes more widely adopted, centralized authorities, such as governmental agencies and large multinational corporations, may lose the ability to control and shape the activities of disparate people through existing means.

As a result, there will be an increasing need to focus on how to regulate this new technology and how to shape the creation and deployment of decentralized organizations.

The internet could soon become the highway between users and blockchain technology. Users access the internet can already use it to send and receive digital currencies. Developers can build smart contracts and decentralized applications on the Ethereum blockchain.

These dapps work could be used to automate most of our daily stuff in conjunction with smart contracts. A smart contract could automatically debit your wallet right when you have to pay for a cab or at a supermarket.

Another essential characteristic of blockchain technology is that every node in the network could have a say in the governance of the blockchain.

Every token has voting authority which can be used while voting on a future roadmap for the network. This is again a great example of network effects being used to impact blockchain technology.

If the community fails to arrive at a common conclusion, there is also the provision to fork the main chain. Every new chain generated from the main chain after the instance of the hard fork will adhere to a set of standard rules as prescribed at the time of the fork.

The Ethereum community debated and discussed the implications arising from the DAO hack. The founders were convinced that an update could be sent to all miners in the network which would make the particular transaction invalid. However, many in the Ethereum community argued that this was against the immutable characteristic of the blockchain. It soon became an ideological battle, and finally, Ethereum Classic was born after a hard fork of Ethereum. 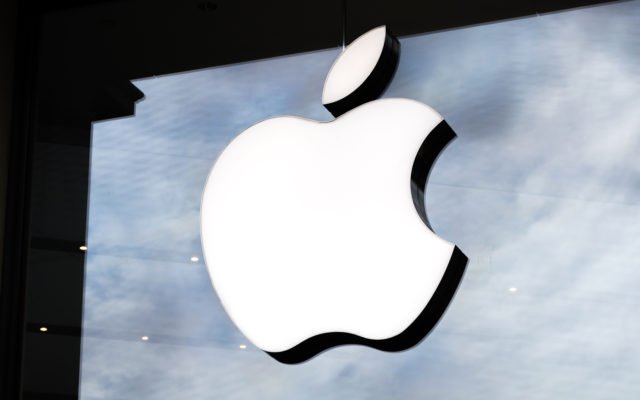 Join Our Telegram channel to stay up to date on breaking news coverage Apple ...