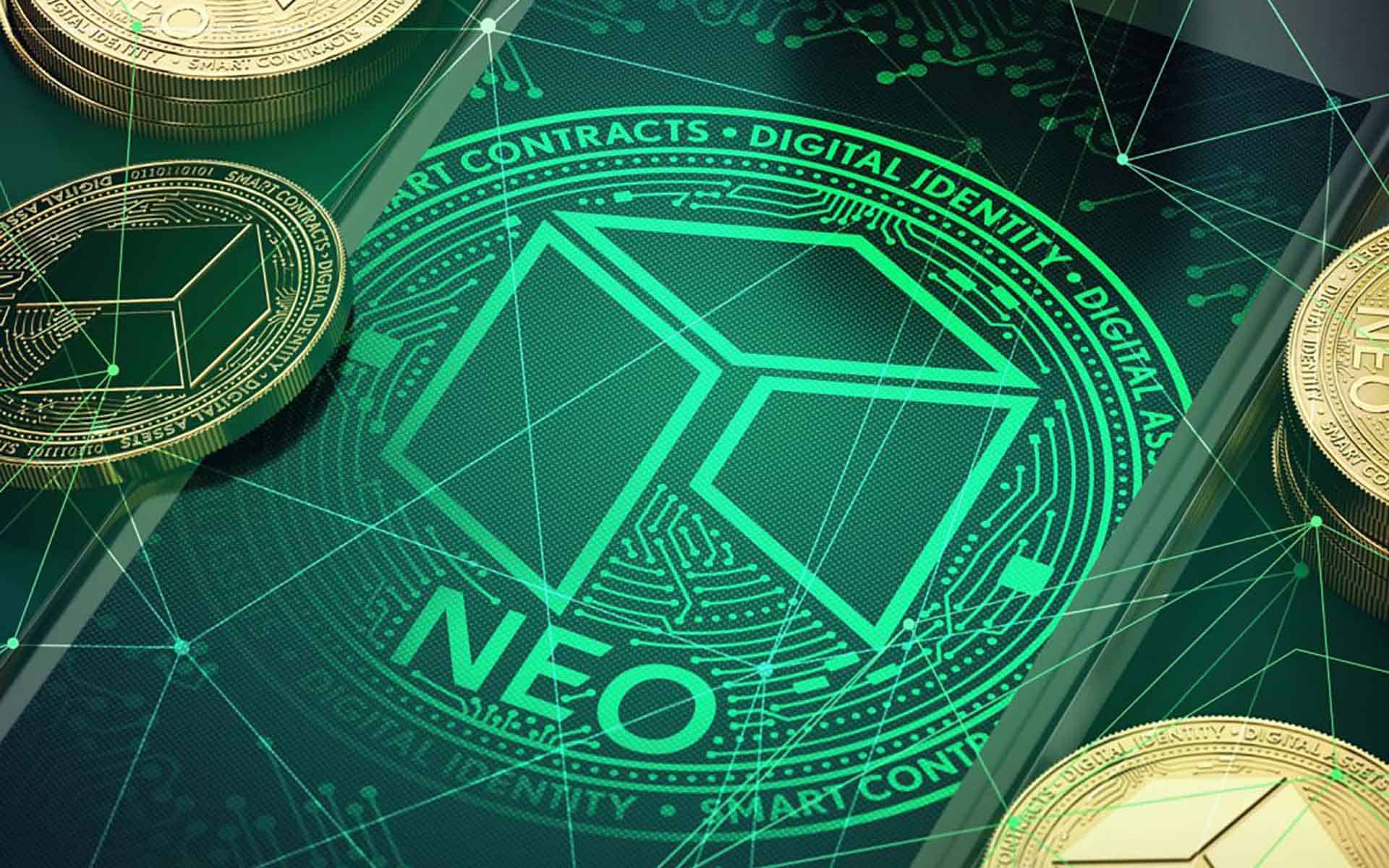 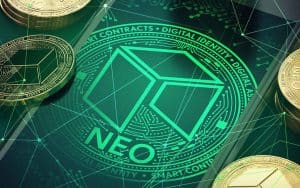 NEO was one of the higher-ranking coins back in 2018, and for a while, it was even considered to be one of the potential ‘Ethereum killers.’ Its popularity in Asian countries, particularly in China, even granted it a nickname ‘Chinese Ethereum.’ However, as 2018 went on, NEO price continued to drop, and its market cap continued to reduce.

Those looking to buy NEO can currently do it at the price of $8.85 per coin. Thanks to the fact that the crypto market is currently seeing another apparent bull run, many are looking to buy crypto these days, which is why even NEO’s daily trading volume got somewhat higher, reaching $264.7 million in the last 24 hours. But, what can be expected of NEO in the following days?

NEO’s performance was not encouraging

As mentioned, NEO price continued to sink deeper and deeper throughout 2018. After the early-May price surge, when NEO had a price of around $85, the coin started sinking almost constantly. A few of its supports managed to slow down the drop, such as the one at $50, as well as the one at $25. However, neither these two, nor any other support managed to hold for long, and NEO was spiraling down towards zero. 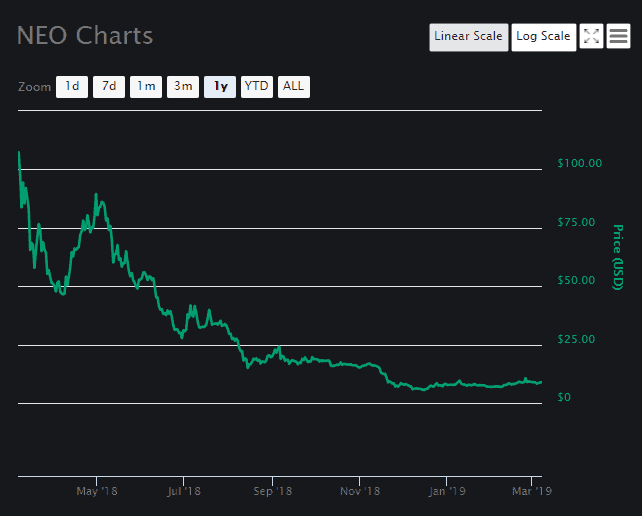 After reaching the price of $16 in mid-August, right above its support at $15, NEO entered a state of temporary stability. While it was unable to grow — with a large resistance level at $25 — the coin’s support managed to hold it afloat for months. This ended in mid-November after the Bitcoin Cash (BCH) hard fork caused another market crash.

In 2019, NEO continues to remain trapped between these two prices — $7.20 and $9.60. On January 9th, the coin experienced a sudden surge which brought it close to its resistance, and it even managed to breach it, although it was only for a short period. The surge was followed by a correction which brought NEO down to the $7.20 support, and the coin remained right above it until January 28th.

This was when it experienced another minor drop, one which was just strong enough to make the coin break the support, which then started acting as a resistance for the following ten days.

Finally, on February 8th, a series of small surges allowed NEO to start growing again. It breached the $7.20 resistance, and it continued breaking several smaller ones on its way back to $9.60. The major surge on February 23rd allowed it to breach this resistance as well, and even the next one at $10. This is when bulls retrieved, and the bears brought NEO back down, although this time, the $9.60 mark started acting as a support, and it held the coin at this level until March 1st. 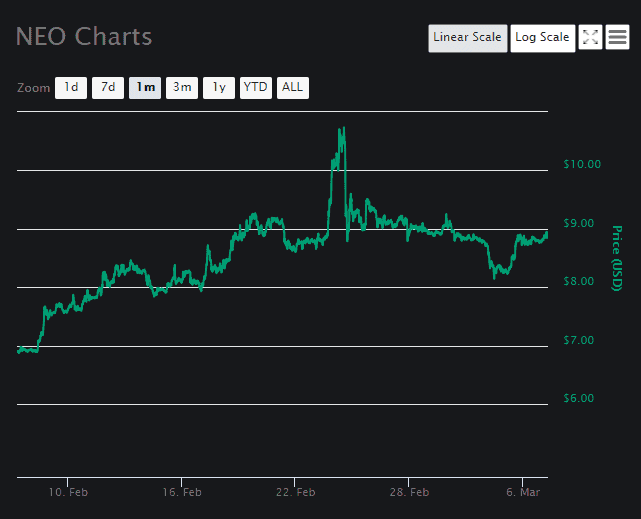 NEO dropped once again on March 1st, although its drop was stopped by a support at $8. At the time of writing, NEO is trapped between this support and the $9 resistance. If the current rally continues, NEO will likely breach the $9 resistance once again, which will allow it to try to reach $10 once more. If not, the coin will likely remain where it is, as it does show signs that it can reach stability. The only reason why NEO is rising or dropping is the behavior of the market, in general, which does not allow it to remain stable. 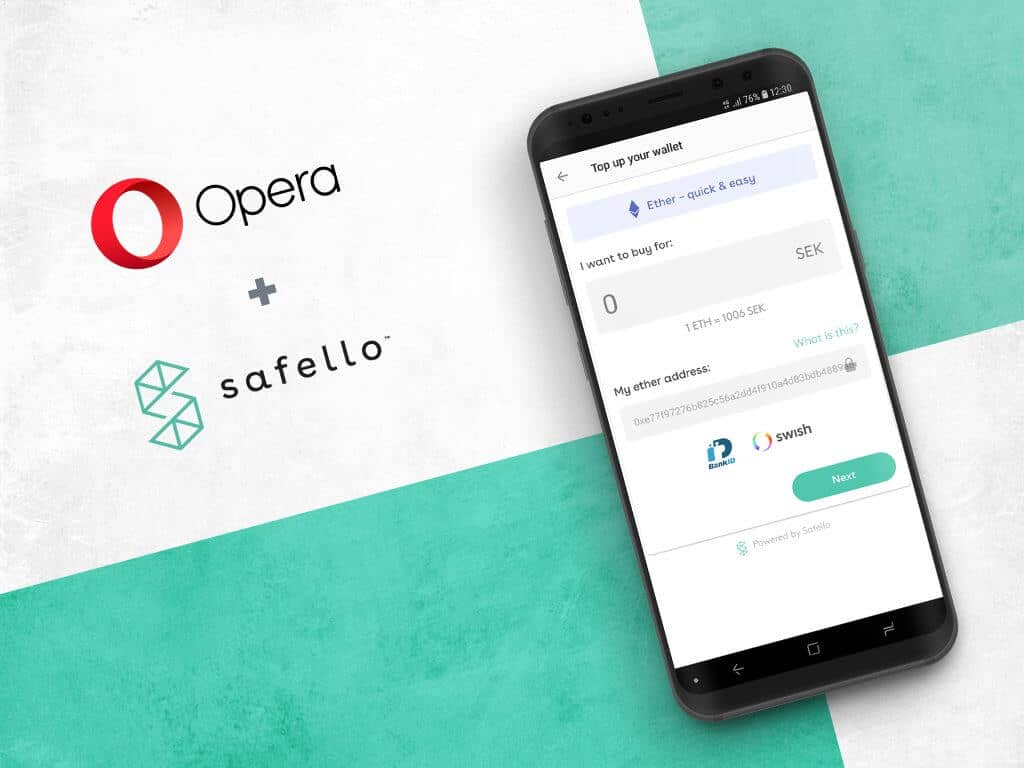 Crypto Wallet Services by Opera Browser to arrive in iOS