Well-known Bitcoin bull Michael Novogratz said recently that the global liquidity pump coming via stimulus packages will help in driving the price of Bitcoin higher this year. He predicted that the top cryptocurrency could touch $20k once again.

Retail investors will shift to crypto

Talking to CNBC, he said,

“The liquidity story isn’t going to go away. We’re going to get a big stimulus… it doesn’t look like the Federal Reserve is going to raise rates.”

Both Republicans and Democrats have demanded more stimulus for the economy after the $2.2 trillion coronavirus aid stimulus signed by President Trump in March. The Democrats are now proposing a
$3 trillion HEROES Act while the Republicans are supporting a $1 trillion HEALS Act.

There is still retail interest

According to Novogratz, Bitcoin continues to have some retail interest. He suggests that stock investors may want to move away from equities and invest in gold and Bitcoin. In the next three months, he expects the price of the coin to touch $14,000. He also sees it going all the way up to $20,000 by the end of the year.

At the time of writing, Bitcoin was trading at $11,258 which marked a 17% jump since last week. The price of the coin has gone up by 54% year to date. Novogratz’s predictions fall in line with some other reports which predict greener pastures for the coin in the second half of the year.

Gold, on the other hand, hit an all-time high on Monday and climbed to over 7% since during the month. 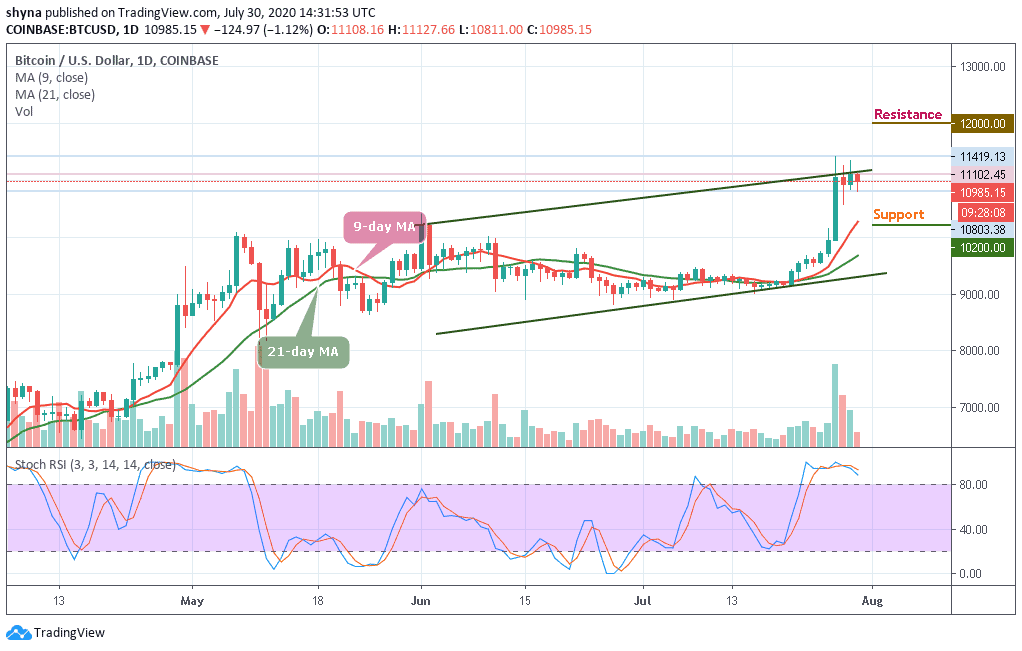