Meta Masters Guild is a very promising crypto project this year with an explosive presale which has already raised $100,000 within 24 hours.

Using it, investors may work side-by-side with industry-standard game programmers on a variety of games. The firm promotes a unified vision, with an emphasis on making engaging Play to Earn games that players like. At the moment, it is also geared toward the mobile game industry. However, in the future, the group may expand to include other types of web-based systems.

In addition, MEMAG, Meta Masters Guild’s native utility coin, has been released and is performing exceptionally well across all ICO listing platforms. While there will be a total of 1 billion tokens in circulation when the ICO concludes, only a fraction of them will really be for sale. The MEMAG token may be exchanged for ether and USDT on the platform.

Meta Masters Guild is considered the first international organization dedicated to Web3 gaming on mobile devices. In order to create a decentralized gaming environment, it plans to incorporate the Blockchain into high-quality mobile games. Furthermore, the organization will provide opportunities for its members to earn substantial benefits for their participation in the ecosystem.

The Meta Masters Guild token ($MEMAG) may be used in every game on the MMG ecosystem. As a result, players will have to buy them to get the most out of the service. Moreover, every game published by MMG will offer in-game bonuses.

In-game, they are referred to as “Gems.” It’s possible for players to exchange these benefits for MEMAG tokens. They then have a number of options for taking their profits out of the system or putting them back into it.

Each member of the team was responsible for designing a component of the system that would encourage players to contribute both time and money to the ecosystem. MMG promises to provide them with a good return on their money.

In a matter of a day, over $100,000 has been raised in the Meta Masters Guild presale, bringing the grand amount to $670,000. Investors are still flocking in to get their hands on Meta Masters Guild tokens which are still in the early stages of their presale, despite the fact that the token’s price has been steadily rising with each presale round.

There are barely 10 days left for stage 2 to conclude and stage 3 to begin, at which point the price will shoot up from $0.010 to $0.013. There are a total of 7 rounds in this presale, with the price of a MEMAG token at $0.023. However, investors are drawn to Meta Masters Guild not simply because of MEMAG but also because of the enormous potential of the mobile gaming enterprise.

How Does An Investor Purchase The Meta Masters Guild Tokens From Presale?

To use cryptocurrencies, investors must first create a cryptocurrency wallet. If they don’t have a MetaMask wallet already, the platform suggests they get one from MetaMask’s official website.

Mobile users may also utilize Wallet Connect or Trust wallet to link one of the supported wallets to their account. Tokens may be purchased from the Meta Masters Guild once a person has completed the wallet setup and linked their wallet to the community. You may get your tokens via the MMG claim page when the presale concludes.

There are a total of three ways to acquire the company’s tokens. To purchase Meta Masters Guild tokens using Ethereum, an investor should only input the desired number of tokens or the equivalent in ETH. There is a catch, though and that is they have to verify the deal and the gas price.

Even though the Meta Masters Guild has only been under development for a short period of time, it has already garnered the interest of potential backers. There is a lot of promise in this endeavor. Among its many strengths are a seasoned staff and a clear plan of action.

What Is The Future Price Direction For Meta Masters Guild?

Meta Masters Guild is a gaming community with a mobile focus that is looking to collaborate with independent developers to create a decentralized gaming environment.

By 2027, the global mobile games industry is projected to be worth $221.70 billion, with annual growth of 6.54%, as reported by Statista. The goal of Meta Masters Guild is to capitalize on this booming industry by providing a variety of exciting games with rewarding features.

The MEMAG token, which will be used to acquire NFT-based in-game assets, will serve as the project’s backbone. Furthermore, gamers who have earned the off-chain currency “Gems” via savvy gameplay may quickly exchange those Gems into MEMAG. Thereafter, MEMAG can be traded in for ETH, USDT, or another cryptocurrency.

The inventors of this system call it Play and Earn. However, the Meta Masters Guild website compares it to Play to Earn. This sets Meta Masters Guild apart from games whose only purpose is to facilitate ‘grinding’ for financial gain, and it’s a big deal.

In light of this one-of-a-kind circumstance, there is a high possibility that Meta Masters Guild’s token value might rise to the $0.050 price point by the end of 2023. If this becomes the final price, it would a reward of over 600% for an investor who invests in the ongoing presale of the token. 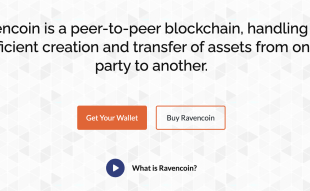 Join Our Telegram channel to stay up to date on breaking news coverage Navigating ...