Homenewsmarvel snap all you need to know

The introduction of Hearthstone renewed the interest in digital collectables games. It inspired a series of games that tried to replicate its success, but none came close. Although, games like Gwent, Eternal, and Elder Scrolls have acquired varying degrees of success.

Now, another competitor has entered the scene, intending not just to emulate the success of Hearthstone but to surpass it. That ambitious project is Marvel Snap, and it has already hit the ground running by virtue of being led by Ben Brode, game director of Hearthstone.

What is Marvel Snap?

It is a fast-paced two-player card game. Fans of the genre would feel right at home with Marvel Snap as it features turn-based gameplay. The players have one objective, to capture the rival’s territory while maintaining control of their own. Knowing the functions of individual cards is not enough; the players must also learn about the territory’s attributes. The right card in the wrong territory will lead to negative effects.

The game entered the beta stage on 24th May 2022. Users from Hong Kong, Canada, United States, Philippines, Singapore, Australia, and New Zealand, who’ve been keeping up with Snap’s progress and wanted to participate, can check their emails for invites. Users who’re not residents of the mentioned countries would have to wait a little longer, as Ben has promised to expand the beta in more regions.

The game’s announcement trailer received mixed reactions from the public, although it featured some of the most iconic characters and gave viewers a sneak peek at the gameplay and a bit of behind the scenes.

Yong Woo, The Chief Production Officer, explains Marvel Snap as a collectable card game that excludes everything that can get in the way of fun – allowing the players to jump right into the strategic and action-packed gameplay.

While hearthstone enthusiasts would get the gist of the game right away, new players might find the learning curve to be steep. Thankfully, Ben Brode has explained Marvel Snap’s first live stream best. 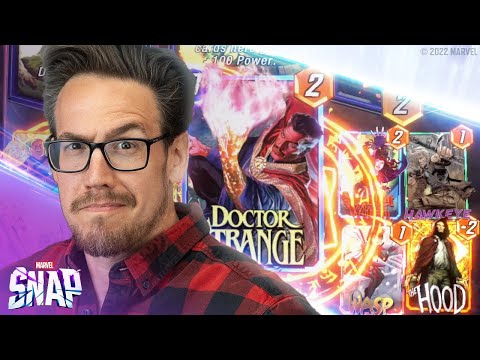 The first thing that makes Marvel Snap stand out from its CCG competitors is the speed of the gameplay.

One match is about three minutes split into three different locations across Marvel’s multiverse. The players can take turns at the same time. As there is no waiting, the players must make “snap decisions” during gameplay.

What makes this game even more rewarding and unique is the snap function. If players think that they will win, they can “Snap” at their opponents – a feature that doubles the rewards. The rivals can respond by either testing their luck and double their rewards or retreating.

“It is kind of like skilful damage control.” – he continued.

This game is prepping as a Hearthstone competitor. From the looks of it, it is heading in the right direction. By introducing fast-paced gameplay, it is bound to attract Gwent fans who want the game to be more action-packed. The “Snap” functionality adds a mind-game element to the gameplay unique to the genre.

Fans can check out the gameplay at the official YouTube Channel.

Inside Bitcoins is the space where you can find all the comings and goings of tech, especially cryptocurrencies and NFT. 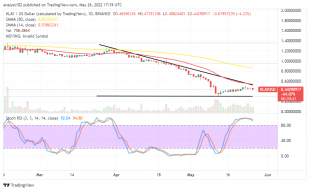 Join Our Telegram channel to stay up to date on breaking news coverage Klaytn ...