Homenewsmaps me completes 50 million round for defi integration 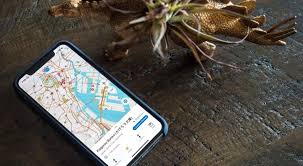 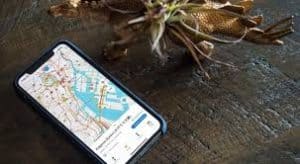 The funding round was reportedly led by quantitative crypto trading firm Alameda Research. Other investors in the funding round include CMS Holdings and genesis Capital. Maps.me will be looking to expand its core mapping service, along with support for DeFi into its ecosystem.

Per reports, the primary objective will be to launch a multi-currency wallet inside Maps.me. Sam Bankman-Fried, the founder and chief executive of Alameda Research, explained to reporters that Maps.me will also hope to embed and democratize access to yield farming to its over 140 million users worldwide. The company hopes to propel DeFi into mainstream adoption.

The wallet will reportedly allow users to store value and earn up to eight percent in yields. Users will also be able to make transactions in several currencies, enjoy cashback on their transactions, and exchange funds with no additional fees.

Maps.me will look to combat increasing foreign exchange fees and commissions that banks and other travel platforms charge. As expected, the fact that it will be increasing access to general finance is a bonus.

Maps.me launched in 2012 under a different name MapsWithMe. The company was eventually acquired by Netherlands-based tech firm Mail.ru in 2014 for $14 million. last November, Daegu Limited, a subsidiary of the Parity.com Group, purchased the app for almost $20 million.

Alex Grebnev, Maps.me’s co-founder and an executive at Parity.com, told sources that the acquisition was part of Parity’s mission to build an ecosystem that integrated DeFi into a platform with a large user base. With Maps.me, they have the perfect opportunity to do that.

Maps.me has chosen an interesting time to integrate DeFi, especially as the tokens of some of the sub-industry’s top platforms have been surging recently. Blue-chip DeFi tokens like SUSHI and AAVE have risen threefold since December, notching more milestones even as Bitcoin struggles to stabilize above the $35,000 mark for the second week.

News of a Coinbase listing has also pushed Synthetix, with the asset rising by over 225 percent since the middle of December. Currently, DeFi Pulse shows that total assets locked in DeFi are at a record $24.5 billion.