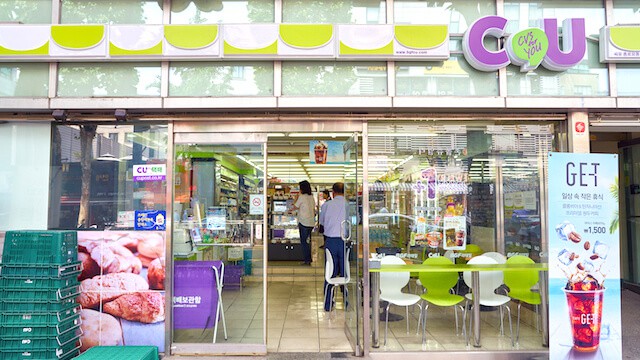 Cryptocurrency for retail is getting more adoption by the day, and this time, a retail giant in Korea is heralding the ease of access to crypto that citizens in the country have.

According to a report published by local Korean news outlet Block In Press, CU, the largest convenience store chain in all of South Korea, is working on incorporating cryptocurrency payments into its ecosystem. Citing a statement from a company executive, the outlet reports that CU will be integrating Chai, a payment system that allows customers to make transactions with a stablecoin.

The stablecoin in question is Terra, a crypto asset pegged to the Korean won, which has drawn investments from notable crypto firms such as Binance, OKEx, Huobi, Polychain, Dunamu (the parent company of local crypto exchange UPbit), Arrington XRP Capital, and more.

The move is reportedly the result of a collaboration between Chai and CU’s parent company BGF Retail, and it will now allow customers to get QR codes from their Chai mobile app and purchase products using Terra.

As for the prospect of adding other crypto-assets into the payment structure in the future, Do Kwon, the co-founder of the Terra stablecoin, reportedly claimed that this would be a difficulty, based on the low margins that convenience stores’ business models bring with them.

“Bitcoin adds volatility cost to settlements, which doesn’t work well with low margin biz like convenience stores. Will be Terra for now!”
he said.

Whether or not they accept Bitcoin, this is great news for the cryptocurrency space. With about 13,000 locations across the country, CU has a significant stake in the South Korean retail market. Access to cryptocurrency payments will boost adoption in the state.

Venezuela and the Bitcoin ATM invasion

Crypto adoption across the world continues to increase. A report by Venezuelan news medium Union Radio on October 7 confirmed that Traki, the nation’s largest retail store chain, has installed its first cryptocurrency ATM, thus making crypto for retail much easier.

According to the report, the ATM accepts only DASH and Bitcoin, and while only cryptocurrency purchases can be transacted, for now, other stages of implementation will come with more cryptocurrencies, wider fiat support, and the ability to trade crypto for cash.

In Europe, retail crypto use is also seeing some progress. Inside Bitcoins reported on new development, announced at the Paris Retail Week, which will see about 25,000 retail locations in the country accept Bitcoin for payments in the coming months.

The initiative is reportedly a partnership between payments platform Easy2Pay, cryptocurrency wallet provider EasyWallet, and point-of-sale technology provider Global POS. under the new payment system, all Bitcoin payments will be automatically converted to Euros once the sale is made

In a statement, Stéphane Djiane, the founder and chief executive of Global POS, claimed that the initiative would help bring cryptocurrencies to more people, thus significantly pushing the country towards crypto adoption and the Economy 3.0. The executive also indicated that there is a possibility for other altcoins to be supported in the future as well