The traditional gaming industry has been revolutionized with the introduction of Web3 technology. With several blockchain game formats all over the space, gamers and crypto enthusiasts alike have embraced the new concept and started using it widely.

The NFT sector has also grown considerably due to the contribution of blockchain games’ popularity in the past months. During the last bull run in 2021, Web3 gaming was deemed to be one of the most successful and high rewarding sectors in the entire blockchain industry.

Naturally, this resulted in several major corporations and institutional investors being a part of it. Everyone was interested in having a major piece of the pie to themselves, due to which the crypto industry saw a decent increase in projects backed by huge VC funds.

Since last year, several companies have heavily invested in such projects while the crypto market was facing a major correction. This has created scope for the investor organizations to make massive returns as the market conditions get better. The introduction and popularity of the concept of the metaverse is also a major reason for the high participation seen by such organizations.

This is exactly the direction Magic Eden has decided to move to. The company has recently announced and launched a VC crypto fund for projects in the Web3 Gaming Sector called Magic Ventures.

What is Magic Eden?

Founded by Ahmed Irshad, Magic Eden was launched in 2021 and is headquartered in San Fransisco, California. The team behind Magic Eden boasts of some of the most experienced and talented minds in the tech industry. Since its development, Magic Eden has been highly popular and successful.

The project claims to be a community-centric platform that operates solely in the best interests of its community. It is an NFT marketplace built on Solana and has been working consistently in efforts to become a one-stop destination for everything NFTs.

From discovering the best artworks to creating and trading them, Magic Eden is one of the best platforms in the space currently. It has more than 8000 NFT collections and over 22 million average unique monthly visitors. Major investors include names like Greylock Partners, Lightspeed Venture Partners, Electric Capital, Paradigm, and Sequoia Capital.

‘A deeper focus on Web3 games’

Magic Eden had announced their intention to create a VC Fund recently and managed to deliver its promise on 12th July this year. The project intends to create the organization as a separate entity from the current platform to some level. This firm by  Magic Eden is called Magic Ventures and will be actively participating in the blockchain world soon.

The platform is set to focus on Web3 games and their growth. The platform shall back quality game projects in order to help the Web3 game ecosystem a massive boost. Magic Ventures has appointed Tony Zhao as the head of game investments, based on his wide experience in the investing domain.

Magic Ventures claimed that it intends to not only help promising game projects but also provide various opportunities for them to thrive. This is to be made possible by letting them access Magic Eden’s launchpad for NFT minting, game marketplace and wallet solutions etc.

Zhao stated that the company was not keen on simply creating huge returns, but also to cater to its investors and the overall community. Valued currently at around $1.6 billion, Magic Eden too has further plans to expand.

Another executive at the organization said that they believe gaming would be a crucial part of Web3 in the NFT domain and is sure to grow at an immense rate eventually. Magic Eden has also hired several other experts to aid in the growth of the VC fund and the overall organization.

As a platform that facilitates over 92% of all NFT trades on Solana, Magic Eden believes that it will be able to contribute heavily to building the entire Web3-based gaming industry. The CEO of the acclaimed NFT platform added that while the market conditions were bearish, it didn’t have anything to do with the growth of the project since they were completely focused on building for the long term. 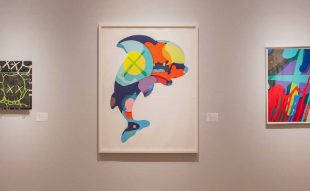