Homenewslitecoin ltc rest on support rebound is lurking around 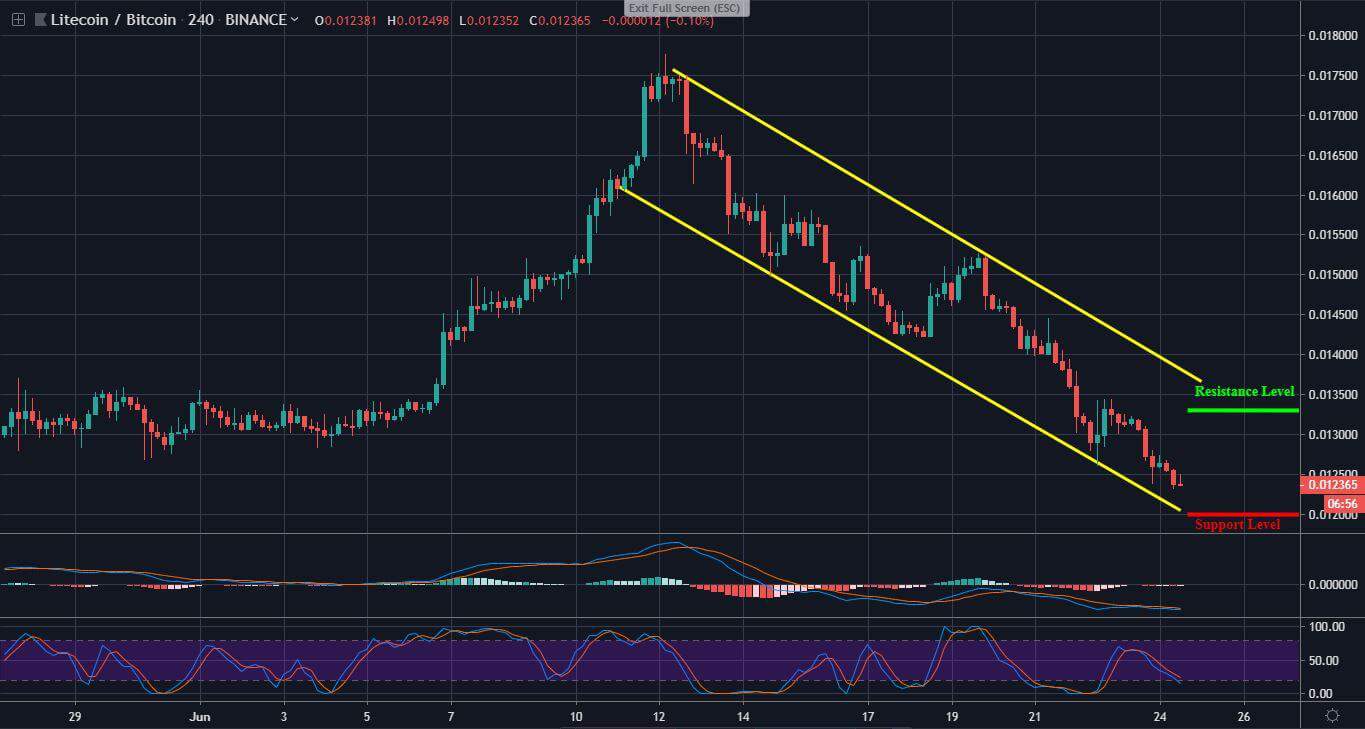 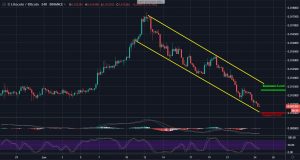 In the past 24-hours of trading, Litecoin markets have witnessed a slight drop, amounting to 3.67% loss with a current trading price around $135 (0.0123BTC). If the market regains positive momentum, LTC price would continue to respect the channel pattern. Otherwise, a breakdown may occur.

Litecoin has restructured the market to an ascending channel pattern during the past ten days of trading as the buyers take charge of the market. But the last few hours of trading have been subdued with choppy price action, bringing Litecoin to a trading price level around $135 at the moment.

A bullish move could push the market to the previous resistance at $145. Breaking this price could further raise the market to $150 and above.

The LTC market is revealed at the oversold area of the 4-hours Stochastic RSI. If the market continues the last 24-hours bearish scenario, the LTC price may experience further drop at $125 and $115 supports. With the current market outlook, the trend remains bullish on a medium-term perspective.

The two weeks surge in the entire crypto has significantly rekt most altcoins pairing with Bitcoin. Litecoin, the fourth largest cryptocurrency by CoinMatketCap has since continued to decline against the BTC as the price now trades around 0.01236BTC. The market has witnessed a price decrease of 35% during this period of trading. If the bears continue to pull the market lower. The closest key support level lies at 0.012BTC. A break below this support may bring the LTC price to 0.01BTC low. For a bullish move, Litecoin trading may rise to 0.0132BTC resistance. The 4-hours Stochastic RSI was revealed near the oversold level. Meanwhile, the 4-hours MACD is convincingly at the negative zone. A bullish crossover could push the market to the above resistance. But as it stands now, the bears are gaining control of the market.

Binance Labs’ Launchpad, a platform that allows is designed to connect global players in ...