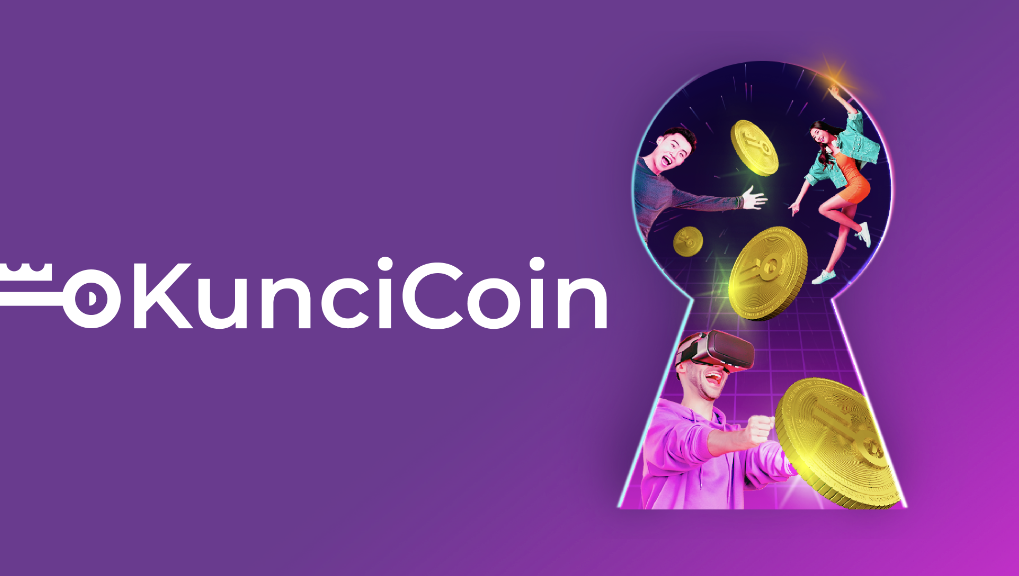 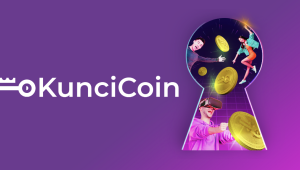 It was a bullish Tuesday session for the crypto top ten. Binance Coin (BNB), Dogecoin (DOGE), and Ripple (XRP) leading the way, and Bitcoin (BTC) revisiting the $17,000 psychological level for the first time in four sessions. However, it was only KunciCoin flashing green on Wednesday, December 21, as the Indonesian crypto soars 35% with certain key levels of interest.

At the core of the Kunci ecosystem is its objective of building the next-generation blockchain for mass adoption. The project was developed to support NFT marketplaces, the metaverse, DeFi, and retail penetration. From a blockchain evolution perspective, other than being the base chain of choice for the NFT marketplace, Kunci also serves as a circulation chain for a myriad of coins (heterogeneous chain tokens), and as a free port within the blockchain playing field.

In other news, recession fears took the rear seat in the hours leading to Wednesday, as the crypto news wires deliver a bullish session. Among the trending stories, include FTX, Binance, and Ethereum, which continue to influence investor sentiment.

Investors have been monitoring the latest developments around the collapse of FTX. News on FTX cash holdings is providing cryptocurrency market support, with over $1 billion identified in various US institutions. In addition, there are also speculations of current efforts to identify cryptocurrency holdings. Still, on FTX, there are reports of political donations that continue to play positively for FTX creditors and the crypto market.

Also, FTX founder Sam Bankman-Fried signed legal papers that have paved the way for his extradition to the U.S. from the Bahamas where he was arrested and had been locked up for almost two weeks now. The defamed ex-CEO faces charges of fraud, among others, that may see him spend the rest of his life in prison.

KUNCI token started the day with a floor price of $0.020, which acted as a critical launchpad used by the buyers to send the price up 35% past the resistance at $0.025 to the current levels.

KUNCI price had been sealed within the confines of descending parallel channel since early November, recording lower lows and lower highs as shown on the daily chart above. Wednesday’s rally saw the KunciCoin price escape from the bearish technical formation as it breached the upper trend line of the channel at $0.0237, which is evidence of buying pressure and a volume spike for KunciCoin.

A descending channel is a significantly bearish chart pattern that has a downward target set at the lower boundary of the technical formation. However, falling prices tend to break out in an upward direction after a while. This breakout in the opposite direction means the channel has served as a reversal pattern for KunciCoin.

Overcoming these resistances would clear the path for a rise toward the $0.045 swing high. Such a move would represent a 67% upswing from the current price.

On the downside, the relative strength index (RSI) was facing downward, away from the overbought region and the price strength at 32 showed that the KUNCI token was under the control of bears. This implied that the price may correct if the bulls lose the critical support levels in favor of the bears.

If this happens, KunciCoin price may drop below the 50-day SMA at $0,0270 to seek solace from the channel’s upper boundary at $0.0236. Losing this foothold might see the KUNCI price drop back into the confines of the channel with the lower target set at the lower boundary of the governing chart pattern at $0.016.

Consider Joining These Projects During the Christmas Week

FightOut is already making waves in the crypto market, and more is expected towards Christmas and the New Year. It is move-to-earn (M2E) project, which as of late, have become a mainstay in the crypto sector because users embrace the chance to actively stay fit and be rewarded for it.

Courtesy of FightOut’s M2E platform, there will be a community of other FightOut users where anyone can share their workout status and progress, thereby acting as a motivating factor for the rest in the group. In addition, a user can share their workouts completion and physical achievement to earn peer recognition.

As a M2E platform, FightOut rewards users with its in-app currency, $REPS, as they engage and complete their workout routines. As opposed to counting their steps like other move-to-earn platforms, FightOut combines several metrics of individual users’ body movements, from bodyweight exercises to machine weights, and rewards you with $REPS.

In addition, by using in-app sensors and blockchain technology, FightOut monitors the activity individual users are engaged in, the difficulty level, and the duration thereby making it easy to earn $REPS accordingly. This fitness app will reward you with $REPS as it takes note of the location you are performing this exercise at home or a FightOut gym.

The project’s native token $FGHT, has raised $1.5 million in 24 hours, and is set to explode in 2023 as move-to-earn (M2E) investments trend. Do not miss out for any reason.

Join the #FightOut presale and be a part of a #MoveToEarn project that is redefining fitness for the #Web3 era.

Hurry before the price of $FGHT increases! ⏰
The earlier you buy, the cheaper it is!

With a hard cap set at $13.42 million, Dash 2 Trade is on the move to become the best trading intelligence platform this year, with 76.54% of the current phase already sold. The project has raised more than $10 million in its last presale stage.

Several changes have been proposed, but what holds is that the first centralized exchange will launch on January 11, 2023.

After the presale is over, $D2T will be listed at:

Get in before the presale ends – buy $D2T now ⬇️https://t.co/ExvBBjt7vw pic.twitter.com/vK70So611v

With the countdown moving first, this is the best time to join in. 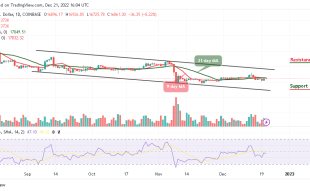