A Russian cybercriminal with suspected ties to President Vladimir Putin has been apprehended by law enforcement. Yesterday, the United States Department of Justice (DOJ) sentenced noted criminal Aleksei Burkov to nine years in prison. However, reports are now alleging that the hacker was a person of high interest to the Russian Commander-in-Chief.

According to the sentencing document, Burkov ran a website known as Cardplanet. The platform sold information gotten from stolen credit cards, essentially linking thieves to buyers anonymously. The Department of Justice alleged that most of the cards used in these illegal transactions belonged to American citizens. So far, the information that Cardplanet helped to facilitate has led to over $20 million in fraudulent purchases with credit card accounts.

Burkov also allegedly ran an exclusive invite-only club for cybercriminals. The club allowed participants to advertise their stolen groups and illicit activities, with each member paying as high as $5,000 for access.

Apart from the fee, however, prospective members would need to get three existing members to act as referees.

“These measures were designed to keep law enforcement from accessing Burkov’s cybercrime forum and to ensure that members of the forum honored any deals made while conducting business on the forum,” the DOJ’s statement reads.

Authorities eventually apprehended the criminal in 2015 while he was in Israel. However, the Russian government was also quite keen on getting him back – for whatever reason.

Per a report from the New York Times, Russian authorities arrested an Israeli-American named Naama Issachar at the Moscow airport in October 2019. Police officers had found a few grams of marijuana in her luggage, and the courts sentenced her to 7½ years in prison.

However, the news source also reports that Israeli and Russian government officials had planned to exchange both criminals. Sadly, the Israeli Supreme Court had decided to extradite Burkov to the United States, where he was waiting to face charges of fraud.  While both governments eventually did conduct a swap, Burkov wasn’t involved.

Putin’s Attempts to Get “Mr. Bitcoin”

It’s unclear why President Putin wanted to get Burvkov into Russia. However, this isn’t the first time that the country’s government would have no luck with getting its target. Years back, the Russian government made attempts at extraditing Alexander Vinnick, an alleged crypto money launderer and the operator of now-defunct exchange BTC-e. Vinnick was accused of laundering up to 300,000 BTC – worth about $4 billion at the time – through his exchange over six years.

Some sources also claimed that some of the funds he laundered were from Mt. Gox, the Japanese exchange that went out of business after suffering what remains the largest hack in the history of the crypto space.

The Russian, who many referred to as “Mr. Bitcoin,” soon began shuffling around prisons. Authorities apprehended him while on vacation in Greece in 2017. In February 2019, Russian news source TASS reported that Tatyana Moskalkova, the Russian Commissioner for Human Rights, has written a letter to Michalis Kalogirou, the Greek Justice Minister, asking for the government’s co-operation in extraditing Vinnick. Sadly, that didn’t work as Greek courts voted to extradite the criminal to France.  Vinnick is still there, awaiting charges of conspiracy, extortion, and money laundering. While there is a possibility of his extradition to Russia, many believe he would be sent to the United States next. 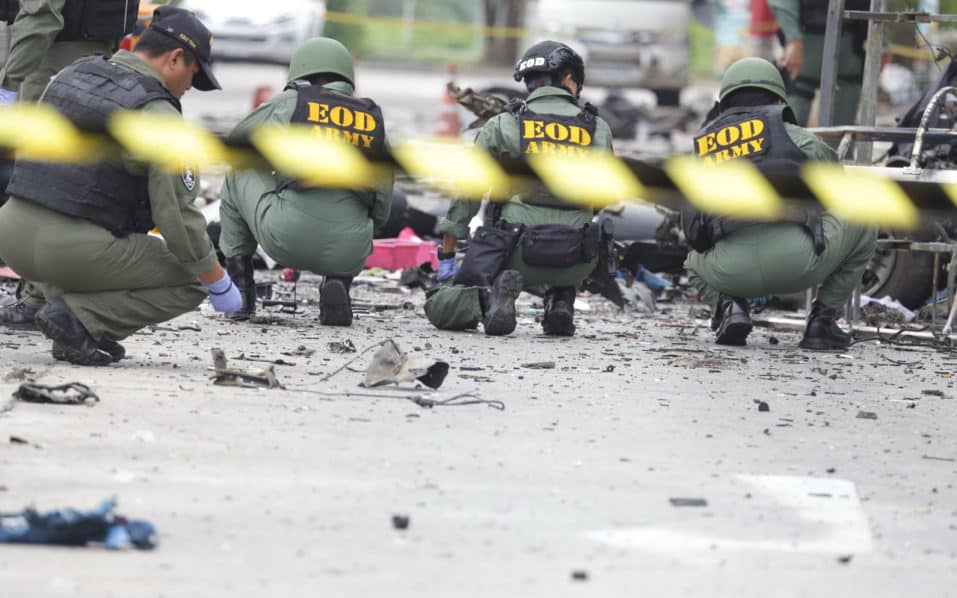 In Thailand, law enforcement and government authorities have begun a nationwide campaign to crack ...