Many consider decentralized finance to be a great boon within the crypto community and outside it. However, due to restrictions and lack of resources, the tokens have not reached a larger crowd.

But now they have a cause to celebrate. Wallstreet’s biggest Bank JP Morgan has announced that it will be adding trillions of dollars worth of tokenized assets to the DeFi ecosystem.

DeFi has a Great future in Institutional Assets

Head of JP Morgan’s Onyx Digital Assets, Tyrone Lobban, has said that times are near when US treasuries and money market fund shares will be used to add liquidity to DeFi pools. It will introduce a new mechanism of borrowing and lending on a scale of institutional assets.

With that goal in mind, the company is going to bring trillions of dollars with of assets of DeFi.

However, it is to be noted that institutional assets aren’t Trustless. DeFi ecosystem has defied the regulatory norms for so long by not including KYC strictures in the lending pools. It will change once JP Morgan’s plan comes to fruition. That said, such regulatory procedures have already been introduced in the Aave Arc, and the project that involves Compound Treasury and Siam Commercial Bank.

DeFi is about to go bigger, and stricter

JP Morgan’s interest in adding trillions of dollars into DeFi would be at a different scale from the rest. The head of the Onyx Digital Asset’s said that their goal is to create bank-grade DeFi. It will contain two components:

Project Guardian is an initiative jointly run by JPMorgan, DBS Bank, Marketnode, and the Monetary Authority of Singapore. The aim of this project is to test the institutional-friendly DeFi using permissioned liquidity pools that include deposits and tokenized bonds.

Permissioned Liquidity Pools are liquidity pools that have heavy Know Your Customer Requirements. It lets borrowers have access to Stablecoin liquidity from a decentralized network that consists of institutional lenders and retail.

Collateral Settlement System is the second part of the equation. It would include the tokenized version of BlackRock’s money market fund shares. It will allow the liquidity pool to have a massive flow of assets that will help sustain the DeFi in the long run.

The new DeFi systems would have permissioned structures that only allow entry to those who submitted their KYC. However, in this case, large financial institutions would do the KYC. It means that a trader has to prove that he has the right to trade on behalf of wall street bank.

JPMorgan will take a novel approach by using w3c verifiable credentials to verify the trader’s identity. It will help in

Issue of Adding Permissioned Approach to a Permissionless Protocol

Historically, DeFi has been a purveyor of a permissionless approach toward borrowing and lending. However, it is one of the reasons why many are still wary about interacting with Decentralized Finance. Perhaps a new identity layer would be better for the protocol.

“It would be a challenging endeavour,” says Tyrone Lobban.

The company is currently looking for innovative ways to add the new layer without making any underlying changes to the protocol. However, if that doesn’t work, the company is willing to create separate permissioned pools.

Okay, what could be more bullish than this?

Imagine that, most people still calling crypto a 'fad'

Many are saying that this partnership will finally make people take crypto seriously and ensure a better future for those who are bullish about DeFi. 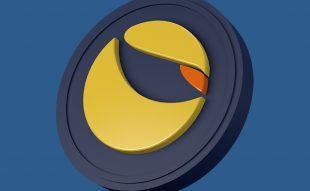 Do Kwon says that he didn’t cash out $2.7 billion from LUNA, UST

Ever since Terra crashed, the eyes of the crypto community and the authorities are ...