The Bitcoin Academy, Jay Z, and Jack Dorsey’s Bitcoin schooling training course has completed its first iterative process. After twelve weeks, the action plan concluded with a $1000 Bitcoin drop for every attendee who chose to obtain a grant.

According to Business Insider, both Jack Dorsey and Jay-Z individually financially supported the entire system, along with the last airdrop. But it’s uncertain how many individuals have received this airdrop; Jay’s mom revealed in an electronic mail that the curriculum served 350 Marcy citizens.

She stated that Marcy citizens attended. What’s also important is that all required resources are made available, such as supper, care for children, gadgets, internet connectivity, and a permanent team and teachers, to ensure that as many individuals as possible can participate in both people or online.

The Bitcoin Academy was revealed in June as a live system developed to provide Bitcoin information and assets to inhabitants of the Marcy Houses in New York, which is where Jay Z was born and raised. It seemed to last from the 22nd of June to the 7th of September of this year.

The planners were upfront about individuals receiving numerous rewards, such as free MiFi gadgets, one-year service plans, and cell phones. Other advantages, like the project’s child benefits, lured some residents to participate. The Bitcoin donation, on the other hand, was a surprise.

The event studied subjects such as “Careers in Crypto,” “Bitcoin & Taxes,” “Staying Safe from Scammers,” “Why Decentralization Matters,” and “Wealth Building and Assets,” among others. All classes were videotaped and are available on the internet; however, just for Marcy citizens.

Lamar Wilson, an Academy educator and the founding member of Black Bitcoin Billionaire, clarified that knowledge often does not reach this public. It isn’t because individuals are deliberately discriminatory; they are not purposefully obtaining the data there.

Several citizens, he acknowledged, have comprehended even complex and technical notions such as mining Bitcoin after they were described. They also were instructed about how Bitcoin could be employed to “build massive wealth,” which many attendees found interesting.

Wilson was fascinated by just how Bitcoin could be used to safeguard the wealth of traditionally disenfranchised peoples from forfeiture. Mariela Regalado, a Marcy citizen, acknowledged Bitcoin as an instrument that can assist in safeguarding her daughter’s economic future.

Regalado and Wilson emphasized that participants at the institute were not compelled to purchase or start trading Bitcoin but were merely informed about it. According to Regalado, it almost always felt as though they were at a dinner party and that one cousin who found Bitcoin was telling everyone about it. 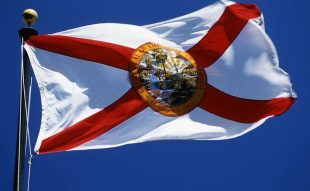