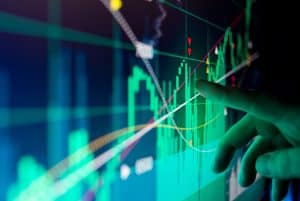 Using VPNs for maintaining privacy could prove to be a futile exercise for Israeli crypto traders soon. Doing so could generate a red flag that would put the trader in trouble.

Israel Money Laundering and Terror Financing Prohibition Authority recently published a new draft guide called ‘Red Flags in the Virtual Assets Field.’ The document, which is open to public review, suggests a list of red flags that could help the private sector create a policy that helps in reducing money laundering risks associated with digital currencies. The document has been compiled by the authority alongside several industry members and other financial regulators. The guide covers numerous red flags like the age of the users and the use of a VPN. Now, if a user is older than the average age of crypto traders, he could raise a red flag via transactions. They are also focusing on VPNs. The authorities are also turning hawkish on other privacy-enhancing measures like the use of privacy-focused coins like Zcash, Monero, and Dash as well as the use of coin mixers.

The authority believes that digital assets can be used to promote economic innovation. However, it also suggests that they are challenging for enforcement agencies that want to seize prohibited property and conduct financial investigations. The guide will help financial bodies decide which transactions in the crypto sector are problematic.

Even though the authority claims to have collaborated with industry figures and financial regulators, the Israeli crypto community has criticized the document. They said that the red flags suggested by the document are a result of excessive concern by the regulators and are often unjustified.

The Israel Money Laundering and Terror Financing Prohibition Authority were established in 2002 in accordance with the Financial Action Task Force (FATF) recommendations. In 2018, Israel joined the FATF, becoming the organization’s 35th member. In June last year, the organization published its final guidance on cryptocurrencies and digital asset service providers because of which several companies around the world were forced to change the way they conduct their business.