ICP, the native token that powers the Internet Computer blockchain which can be used to build almost any online system or service, is an outperformer in the cryptocurrency space on Wednesday. According to TradingView citing Coinbase data, ICP/USD was last changing hands close to the $4.0 level, having gained about 4.5% on the day.

That takes ICP’s run of gains since last Monday’s lows in the $3.30s to about 19%. However, the cryptocurrency is still about 13% below earlier monthly highs in the $4.60 area, with ICP still on course to end the year around 84% lower. As a result, price predictions are still not particularly bullish.

ICP’s latest rally has seen it move back to the north of both its 21 and 50-Day Moving Averages for the first time since early December. No obvious piece of news or new development appears to be behind ICP’s recent outperformance, and the fact that the cryptocurrency is still nursing ugly losses on the month and year suggests traders probably shouldn’t read too much into the intra-day price movements.

The rest of this week is set to be a quiet one in cryptocurrency and traditional markets amid a lack of tier-one data releases out of the US and other major economies and amid low trading volumes as a result of many traders taking time off for Christmas and year-end celebrations.

Price Prediction – What Next For ICP?

Despite being a compelling implementation of blockchain technology, with Internet Computer claiming it can act as the infrastructure bedrock to power an entirely decentralized internet, ICP remains in a viscous downtrend that has been in play since September 2021.

However, ICP is approaching a retest of this long-term downtrend and bulls will be hoping for a breakout that could inject some much-needed bullish medium-term momentum into the price action. If ICP could muster a decisive push into the $4.30s, this could be the trigger for technical buying and short-covering that could see the cryptocurrency quickly surge to the support-turned-resistance area around $4.7, which is also roughly where the 100DMA resides.

The next target would be the $5.7 support-turned-resistance area, which is roughly where the 200DMA resides. Above that, the next big level is around $9.8. Of course, a rally to the upper-$9.0s would mark a massive 150% gain from current levels that is unlikely to happen without the help of a broader boost to cryptocurrency markets.

Given that the US economy is clearly slowing but there is no sign of the much hoped-for dovish Fed pivot just yet, a big rally doesn’t feel likely anytime soon. Sadly for the bears that might mean that a retest of recent annual lows in the $3.40 area might be more likely than a substantial rally.

With broader cryptocurrency markets having performed poorly in recent weeks, investors may be looking to diversify their holdings with the pre-sale tokens of promising, up-and-coming cryptocurrency projects.

FightOut’s FGHT tokens are currently selling for 60.06 per 1 USDT, and interested investors are encouraged to move fast to secure their tokens, with the pre-sale having already raised nearly $2.6 million in just a few days. FGHT is the token that will power the FightOut crypto ecosystem.

Dash 2 Trade is currently conducting a token pre-sale at highly discounted rates and sales recently surpassed $11.2 million. The pre-sale dashboard is going to be released soon, with the development team currently running ahead of schedule. Tokens are currently selling for $0.0533 each and will be listed on multiple centralized exchanges in under one month.

Investors should consider Calvaria’s RIA token pre-sale. Calvaria has now raised $2.6million, with a crypto whale scooping up $97.5K in one purchase earlier this month. The presale is in the final stage, with only 20% of tokens left. 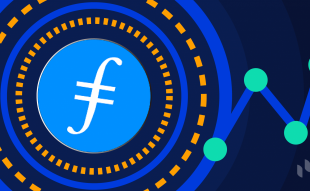