Just 72 hours after releasing to investors, the continuing presale for the Impact Project (IMPT) has hit the $1 million mark. The carbon credit marketplace built on the blockchain launched its sale during a rough patch for the cryptocurrency market, but it didn’t seem to dampen interest for the platform’s token.

IMPT’s presale is about 10% complete, with a hard cap of $10.8 million. The present stage is the first of three, with prices ranging from $0.018 in the first to $0.028 in the third. If you’re considering purchasing some of this alternative cryptocurrency, stick around till the end of this article as we uncover the latest developments in the IMPT to help you make an informed decision before you consider investing in IMPT.

The IMPT Token Presale Is the Biggest Presale Of 2022

The token price of $0.018 indicates that roughly 55 million IMPT have been sold, out of a total of 600 million. Assuming the rest of the auction goes at a similar pace (i.e., about $500,000 per day); it might be completely sold out in 20 days. If this holds true, the sale will conclude on October 26. Given that it has been going on for only three days, it is possible that it may continue to speed up, leading to an early conclusion.

The Impact Project is creating a decentralized marketplace for carbon credits, which is what has investors so excited. Its network, which is built on Ethereum, will allow users to donate to environmental causes, shop at stores that share their values, and more. Customers that make purchases through the Impact Project’s network will get carbon credits regardless of the amount spent. Tokenizing them as NFTs allows their holders to transact in them freely.

Simultaneously, tokenizing carbon credits increases the openness of the market for buying and selling them. According to the white paper published by the Impact Project, this addresses many issues plaguing the current carbon credit market. These include double-selling credits, over-calculating credits, and failing to properly retire credits.

The Influence Project goes a step further by giving consumers an IMPT score, which measures the extent to which their activities and purchases have a positive impact. Such a rating is especially useful now, when more and more individuals are making it a goal to reduce their impact on the environment. Just as interest in ESG (environmental, social, and corporate governance) investing has increased, so has the time for the introduction of the Impact Project. Due to this, its arrival at the proper time and place while still having the necessary features and benefits would be really helpful.

The Year 2022 Has Been a Successful One for Cryptocurrency Presales

While 2022 has been a dismal year for the cryptocurrency industry as a whole, presale activity has shown some promising signals. For instance, after obtaining $19 million in a presale, Tamadoge’s price increased by more than 100% within the first 24 hours of its debut on OKX. It’s also worth noting that the New Cryptocurrencies section of CoinMarketCap consistently reveals freshly listed coins that show double-digit increases in their initial days and weeks, which is far better than the performance of most existing cryptocurrencies.

Whether or whether IMPT follows suit with other altcoins remains to be seen. Presale numbers have been promising, and the company’s fundamentals are solid, so I expect it to do well once it begins trading. 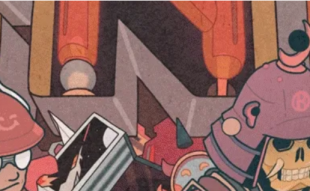 How High Will the Renga NFT Go?