Coins have had a great second week of the year, with Bitcoin, Ethereum, and Solana all posting significant gains.

Over the past few days, the tokens supporting projects like Lido Finance (up 50.3%) and Rocket Pool (up 23.3%) have skyrocketed. The cause? Developers on Ethereum are working hard in preparation for Shanghai, a significant network upgrade.

1/ @LidoFinance represents the largest liquid staking derivative (LSD) provider of any protocol on @ethereum, with over 4.1MM staked $ETH.

But Lido isn't stopping there…

Let’s explore how Lido aims to expand dominance by expanding to @optimismFND and @arbitrum. 🧵 pic.twitter.com/0t9PbwbVkH

Since carrying out the merge in September of last year, Ethereum switched to a proof-of-stake (PoS) consensus algorithm. This calls for the replacement of power-hungry mining equipment with so-called validators. Validators and miners both validate transactions and make sure there isn’t much on-chain misbehavior, which is effectively what they do.

However, because validators have lower maintenance and capital costs than miners, they can be dispersed more evenly. All it takes to become a validator is 32 Ethereum and the know-how to maintain a single node connected to the Ethereum network at all times, as opposed to needing to purchase a multi-million dollar mining farm in Siberia and hire a team of engineers to keep those miners working non-stop.

However, 32 Ethereum is still a significant amount—at the time of publication, it was almost $45,000. This is where the LSD initiatives are useful.

You are permitted to stake any Ethereum amount that you can manage. In return, they’ll offer you another, transferable token (Lido’s staked ETH token is known as “stETH,” for instance).

According to DeFi Llama, you may currently make up to 301% when you stake your stETH in specific areas of the ecosystem. One of the reasons it’s so well-liked is probably because it’s widely used in DeFi; of this type of product (apart from centralized exchange-based counterparts), Lido controls more than 88% of the LSD market.

Lido still holds 28.9% of the market when contrasted to centralized platforms like Kraken, Bitcoin Suisse, or services like Staked.US. Kraken, the runner-up, only has 5.57%.

What connection does this have to the Shanghai update?

Shanghai is another crucial improvement to Ethereum, similar to the merging. The most significant change is the one that will allow the aforementioned stakeholder to finally withdraw their holdings from the network. It will include a number of significant enhancements. That is not currently possible (and last year it had a lot of folks rattled about whether it would ever happen).

Stakeholders who rushed into the Beacon Chain with their 32 Ethereum or a liquid-staking option with a smaller number were, in essence, making a deposit with just the hope that they would be able to retrieve their money later.

But now, it seems as though that promise is becoming a reality (and reducing stakers risks considerably).

Look no further than the fact that Lido has surpassed MakerDAO as the largest DeFi protocol as more proof that people are eager to explore LSDs. 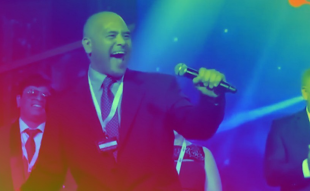 BitConnect’s “Textbook Ponzi” victims will be compensated with $17 million