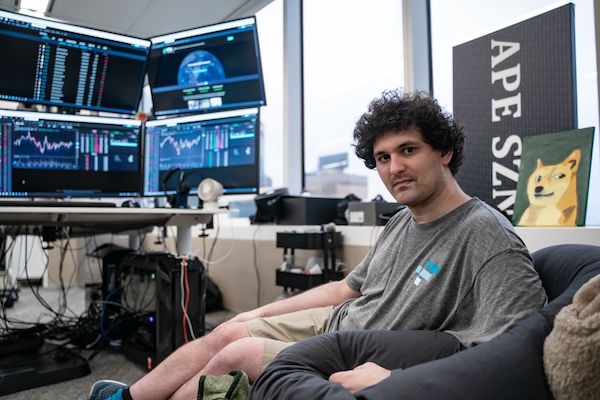 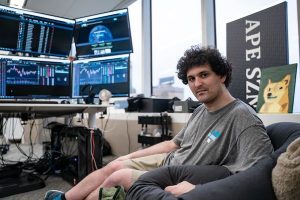 In the midst of the current devastation in the sector, FTX CEO Sam Bankman-Fried has been scouting for deals and claims to still have money to invest if chance arises. It could appear weird. This year, several multibillion-dollar crypto goliaths went bankrupt. As cryptocurrency prices fell, FTX’s biggest rival Coinbase saw its shares fall 70% and had to lay off a fifth of its staff.

However, FTX is proving to be a lifeline for the sector.

The 30-year-old billionaire claims that it was possible because of his large cash reserves, low overhead, avoidance of loans, and ability to act rapidly as a private corporation. In an interview with CNBC at the FTX headquarters in Nassau, Bahamas, Bankman-Fried said, “It was crucial that the industry go through this in one piece. If we have genuine suffering and actual blowouts, “it’s not going to be good for anyone long term — it’s not fair to customers and it’s not going to be good for regulation.”

During the weeks following the collapse of the cryptocurrency Terra USD and the failure of the cryptocurrency hedge fund Three Arrows Capital, the crypto industry saw billions of dollars lost. The next domino to fall was lenders who had dealt with Three Arrows. A contract that FTX struck in July provides it the opportunity to purchase lender BlockFi in exchange for a $250 million line of credit. Additionally, FTX gave ailing Voyager Digital $500 million. Voyager Digital eventually filed for bankruptcy and was in talks to buy South Korean cryptocurrency exchange Bithumb.

The value of Bitcoin, the biggest cryptocurrency in the world, has decreased by more than half this year.

The decline in digital assets is hurting Bankman-bitcoin Fried’s exchange FTX, although he said that growing market share helped to lessen the blow. Bankman-Fried stated, “I don’t think we’re exempt from that. “But we worked very hard to expand our footprint over the previous year… and we have a less retail-heavy platform – retail tends to be more influenced by market sentiment,” the spokesperson said.

According to him, customers that trade “at least” $100,000 daily account for the majority of FTX’s volume. The group was identified by Bankman-Fried as “pretty smart,” “very engaged” users. It includes day traders, family offices, and tiny quant trading organizations. According to the business, FTX’s target clientele has proven to be less price-sensitive and has fared reasonably well during the crypto bad market.

Along with winning over expert traders, it is also launching a costly land grab for the American retail trading market. The Miami Heat’s NBA arena, formerly known as American Airlines Center, has a new name thanks to FTX. Even has courted prominent investors and brand ambassadors like Gisele Bundchen and Tom Brady, and it produced a Super Bowl commercial with Larry David.

According to a CNBC article from August, the Bitcoin exchange generated nearly $1 billion in income last year. Depending on how severe the market slump is, Bankman-Fried said the statistics were “in the right ballpark” and that this year will see a “similar” amount. He added that the business is successful. He mentioned the low employee head count as a contributing element to profitability. A tenth of Coinbase’s staff, or about 350 people, work for FTX.

“We’ve always tried to grow in a sustainable way — I’ve always been deeply suspicious of negative unit economics, any economics without any sort of real, clear pathway to profitability”, he said, and added “We hired a lot less than most places did but we’ve also kind of kept our costs under control.”

Bankman-Fried began his career as a quantitative trader at Jane Street Capital after receiving his physics degree from the Massachusetts Institute of Technology. Five years ago, he purchased his first bitcoin. He claimed that the industry’s numerous arbitrage opportunities lured him in because they were “too good to be true.” To begin trading the asset full-time, Bankman-Fried established the proprietary trading firm Alameda Research in 2017. According to the CEO, the company was making a million dollars every day in some instances by purchasing on a market exchange and reselling on other international exchanges.

According to papers viewed by CNBC, Alameda Research still accounts for around 6% of FTX’s exchange traffic. Bankman-Fried retired from day-to-day management of Alameda but continues to be a significant shareholder in the company. Bankman-Fried claimed that throughout the previous few years, he has worked to get rid of conflicts of interest at Alameda: “I don’t run Alameda anymore — none of FTX does. We view it as a neutral piece of market infrastructure.”

Since it was established in 2019 by Bankman-Fried and co-founder Gary Wang, FTX has experienced incredible development.
With the most recent $400 million raised in January at a $32 billion value, it has received nearly $2 billion in venture capital funding during the last three years.

Bankman-home Fried’s country of the Bahamas is where FTX Derivatives Markets is located. FTX Trading Ltd.’s main office is in Antigua. FTX Trading has bought businesses in a number of nations, including Switzerland, Australia, Cyprus, Germany, Gibraltar, Singapore, Turkey, and the United Arab Emirates. The exchange recently purchased a 30% share in Anthony Scaramucci’s Skybridge Capital after spending almost half of its cash on acquisitions and bailouts.
Bankman-Fried stated, “We still have a fair bit left to deploy, if and when it’s useful or important”.

Deals done in a matter of days

This year, FTX profited from being a privately held business. FTX lacks the daily volatility of a publicly traded company, particularly growth stocks, which have been severely impacted this year by increasing interest rates. Additionally, according to Bankman-Fried, FTX was able to act fast when seeking to finalize deals in a couple of days because it did not have thousands of stockholders.

I do think it makes it a lot difficult to execute this as a public firm, practically speaking,” he remarked. It is impossible to conduct a public engagement process around the potential terms of a complicated scenario when “you have three days from start to finish to send the money.” When the team “didn’t sleep much that week,” according to Bankman-Fried, several of the deals were completed in a few of days. Instead of a long due diligence document, an Excel spreadsheet was provided. There was no audit of the funds. The team anticipated losing money, at least in part.

There was potential upside in a scenario where things went well, but it was uncertain whether it would be net positive or negative, he added. We reached the stage where we believed we could make a nontrivial difference for a sum of money we were willing to lose if things didn’t work out. It’s too early to say whether Bankman-wagers Fried’s on distressed cryptocurrencies will succeed. Some businesses have flat-out refused a rescue package.

FTX and Alameda looked to buy and restructure Voyager after providing it with a line of credit. It described a strategy for buying the loans and digital assets of Voyager at market price. The deal was described as a “low ball bid disguised up as a white knight rescue” by the corporation in response. “I was shocked. Our legal team wasn’t surprised, he said. “Honestly, I had just anticipated that they would see our offer and simply say, “Of course, we’ll take this.”

There were additional discussions, according to Bankman-Fried, and the responses were “disappointing.” He claimed that the lack of fees in the proposal was the issue. “Maybe our proposition isn’t what you prefer if you’re in the business of taking fees,” he remarked. “In my opinion, the lowball offer was made by consultants hoping to earn fees from this case. I didn’t have that person in mind. I was thinking of the customers. But that’s the best I can figure out right now about what happened.

The next Warren Buffett?

Warren Buffett’s 2008 strategy has been compared to Bankman-most Fried’s recent crypto movements. During the financial crisis, the venerable chairman and CEO of Berkshire Hathaway staunched the flow with a $5 billion investment in Goldman Sachs. This ultimately resulted in a $3 billion profit for the corporation based in Omaha, Nebraska.

There are certain similarities, according to Bankman-Fried. “More differences probably exist. I don’t believe Warren Buffett would refer to myself as the next Warren Buffett, to start with. If there is a recent analogy, it involves determining which assets are in a position where they really require capital. Finding areas where he can “simultaneously make solid investments, and help backstop them and their consumers and ecosystem,” according to Bankman-Fried, is his goal. Occasionally, though, only one, not both, are offered.

Additionally, he praised Buffett’s aptitude for long-term, value investing. The investor has demonstrated that “you don’t need to have one spectacular breakthrough or insight, you can achieve it by just putting good decision after good decision together over the period of decades and compounding it.”

Bankman-Fried joined Buffett in signing the Giving Pledge, a commitment by the world’s richest people to contribute the majority of their money to charitable causes. Bankman-Fried estimated that he had donated about $100 million this year, with a focus on pandemic prevention in the future. He leads a simple lifestyle, just like Buffett. Bankman-Fried lives in a home with ten other people, a Goldendoodle named Gopher, and two cats. He claims he has no interest in the luxuries of a yacht or Lamborghini and drives a Toyota Corolla.

However, the positions of the two modest investors on cryptocurrencies dramatically contrast.

Over the years, Buffett and Charlie Munger, a business partner, have been dismissive of cryptocurrencies. Buffett, for instance, described bitcoin as “probably rat poison squared” in 2018. Buffett stated earlier this year that he would not purchase all bitcoin for $25 since it “doesn’t create anything.” Despite maintaining that “bitcoin has no distinctive value at all,” Buffett has deemed the underlying blockchain technology “vital.” Blockchains are online databases that, in some situations, also hold additional data outside cryptocurrency transactions. It has been primarily used to power cryptocurrencies like bitcoin. However, proponents of the technology claim that it has potential applications in the financial, healthcare, and logistics of supply chains.

Bankman-Fried stated, “I most definitely disagree with it. “I should expect that [Buffett] also has issue with that. If he believes that, I don’t believe you should be operating a business, but I don’t believe he genuinely believes it. I believe that was most likely exaggeration, he said. “He’s missed some of the potential of blockchain, as well as some of the inspiration behind it and what’s motivating people to seek a new tool,” he said. 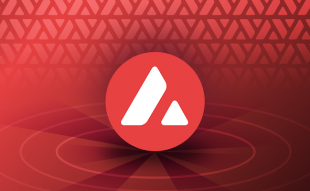 Avalanche Crypto: What is happening with the scandal involving AVAX?

Join Our Telegram channel to stay up to date on breaking news coverage History ...