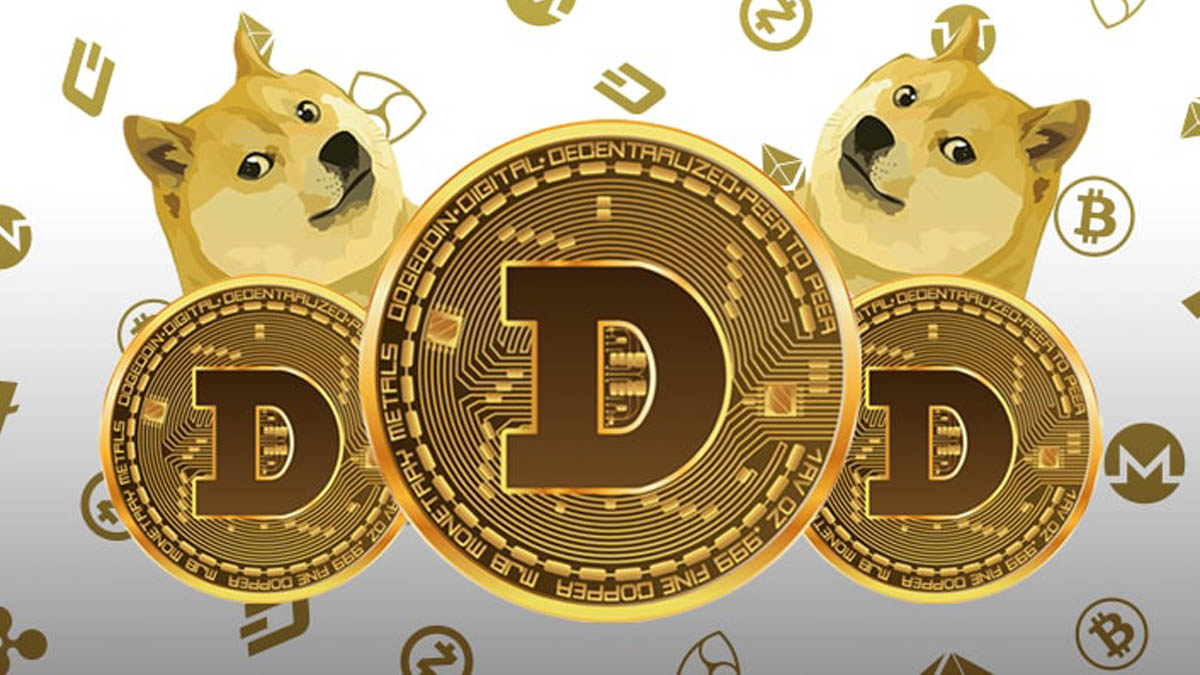 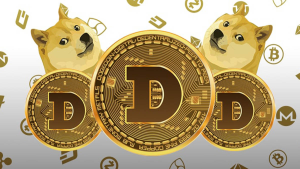 Doge is entering the week trading down as its price continues to suffer due to the market downturn. However, recent events indicate that the most popular meme coin may experience a price pump, but Calvaria is a more profitable option.

At press time, DOGE trades at $0.09503. The meme coin has been trading at a 3.75% discount in the past 24 hours, mirroring the broader market, which is also down by 2.73%. As most major coins are posting losses on the 24-hour chart, it is no surprise that DOGE has also been affected. 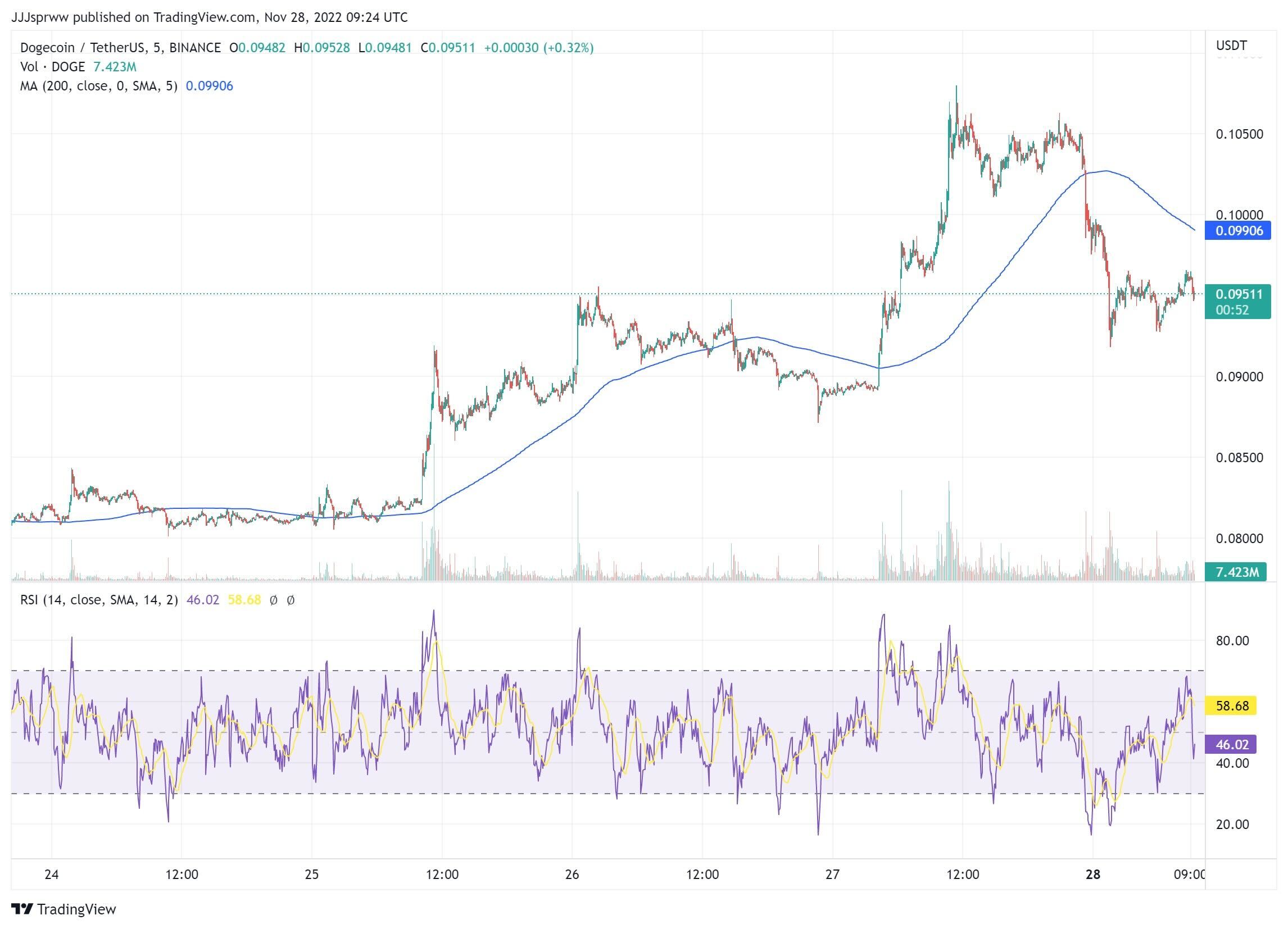 With its price drop, DOGE is trading below most of its moving average (MA) indicators. The 10-day MA of $0.09582 is slightly above its price, although the 200-day MA of $0.09906 is quite a significant leap. DOGE will need to post some major gains to hit that level.

A negative moving average convergence divergence (MACD) shows that DOGE is giving off a sell signal, while the asset’s relative strength index (RSI) of 58.70 shows that it isn’t overbought yet.

The big catalyst for DOGE at the moment would be the same factor that caused the digital asset’s price to surge significantly last month, Elon Musk and Twitter.

The billionaire has been working to reshape the social media giant as he sees fit since completing his takeover a little over a month ago. And last week, he finally laid out some of his proposed initiatives for the future.

Sharing slides from a recent company town hall, Musk pointed out that he will prioritize areas such as ad income, encrypted direct messaging (DMs), content moderation, long-form tweets, and more.

So far, Musk has failed to mention incorporating DOGE into his Twitter 2.0, and this hasn’t stopped many fans of the meme coin from speculating. DOGE’s price saw an uptick following Musk’s announcement. The coin moved above the $0.1 mark on Sunday, although broader market forces have caused its price to plunge again.

The industry will be looking to see how Musk does with his Twitter revamp as well as whether DOGE will be able to play a role here.

While DOGE price continues to struggle, profit-seeking investors would want to consider RIA. It is one of the most profitable blockchain gaming tokens, and its presale has been quite impressive.

RIA is the native token for Calvaria, a blockchain game that allows players to enter into a virtual world and purchase non-fungible token (NFT) trading cards. Players can use these cards to build decks and battle with each other, with battle winners earning tokens in return.

As a proof-of-stake (PoS) coin, RIA is primarily used to process NFT purchases within the Calvaria ecosystem. The asset can also be staked, with users able to earn more tokens and participate in the platform’s governance via Calvaria’s decentralized autonomous organization (DAO).

RIA is now available on presale and has already raised over $2.1 million thus far. With the presale now in its final stages and only 30% of the tokens left, RIA is one token that investors would want to snap up quickly.

Another asset that investors would want to keep in mind right now is D2T. The asset is the native token for Dash 2 Trade and is set to see gains in the future.

Dash 2 Trade is looking to be the “Bloomberg terminal for crypto.” The platform focuses on providing high-quality analytics and research for digital assets, allowing investors to refine their trades and work towards greater profitability. Its features include a strategy builder, notifications on new presales, and a trading application program interface (API).

The digital asset is available on presale and has raised over $7.3 million. With 83% of the third presale stage already completed, D2T is still on pace to complete the entire process before the end of the year.

Investors looking for gains will want to get in on this asset as quickly as possible.

✅ The Dash 2 Trade analytics dashboard operates on top of the Ethereum blockchain.
✅The native digital asset of the project is the D2T token, which complies with the ERC-20 standard. 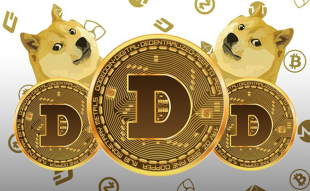