Homenewsgnosis gno down 18 is it good time to go long 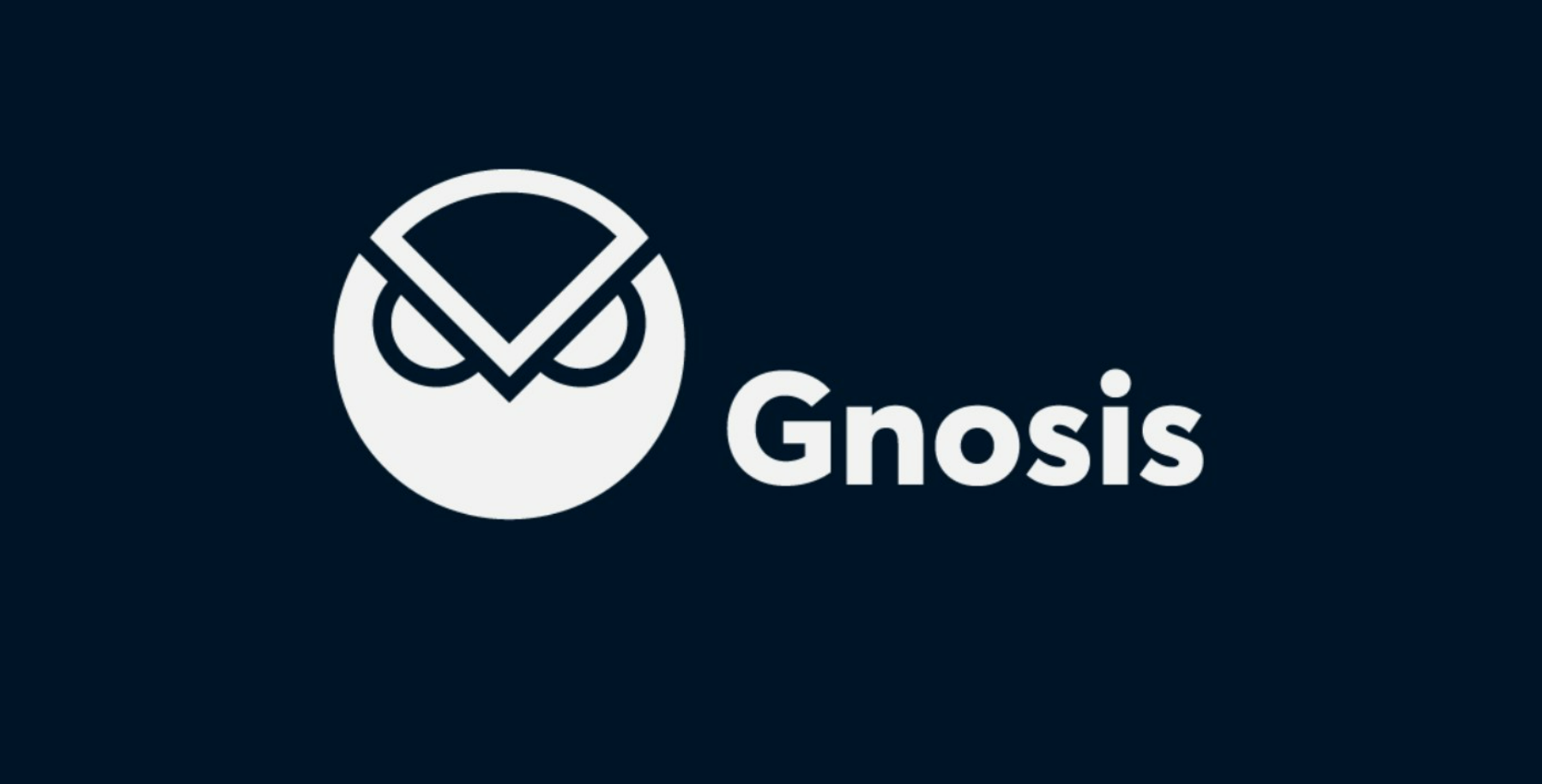 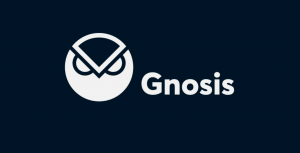 Due to a variety of factors, including the performance of the Gnosis network, global economic conditions, the stock market, and the price of other cryptocurrencies, the Gnosis (GNO) coin has failed to reverse its bearish trend and has fallen dramatically below the $127.74 level.

The Gnosis project is a cryptocurrency that aims to build a cutting-edge decentralized infrastructure for the Ethereum network. This initially piqued the interest of many investors, which is why the number of Gnosis (GNO) owners is growing by the day.

Some of the most prominent financial figures have endorsed the Gnosis coin future.  That’s why many investors are bullish on Gnosis’s prospects. However, the network’s continuous bearish rally was hampered by poor market performance.

Most of the major cryptocurrencies traded in the red on September 20 as the global crypto market cap fell 6.55% on the previous day. The bullish US dollar, on the other hand, was seen as another key factor that kept the cryptocurrency under pressure.

The cryptocurrency market failed to reverse its downward trend and remained depressed throughout the day. Bitcoin, the world’s largest and most well-known cryptocurrency, and the second-largest token, Ether, fell further on Tuesday, weighing on cryptocurrency prices.

The bearish sentiment in crypto market was also weighed down by the possibility of a wave of global monetary tightening this week. Bitcoin hit a three-month low and was trading more than 6% lower at $18,830, just shy of the $19,000 mark.

According to the most recent data, the market capitalization of all cryptocurrencies fell below $1 trillion today, after falling more than 4% the day before to $974 billion. However, Ethereum, the second-largest cryptocurrency and token linked to the Ethereum blockchain, has dropped more than 10% to a two-month low of $1,370.

Nonetheless, the reason for this drop could be related to the fact that the Federal Reserve is expected to raise interest rates significantly this week in order to combat pricing pressures. As a result, it was thought that the market’s poor condition was one of the major factors influencing the low pricing of Gnosis coins.

Bullish US Dollar Weigh on GNO

Another important factor influencing the Gnosis coin price was the strengthening of the US dollar. The broad US dollar remained steady on Tuesday, close to two-decade highs, as it awaited a flurry of central bank meetings, including one by the US Federal Reserve, which is expected to result in yet another significant rate hike. 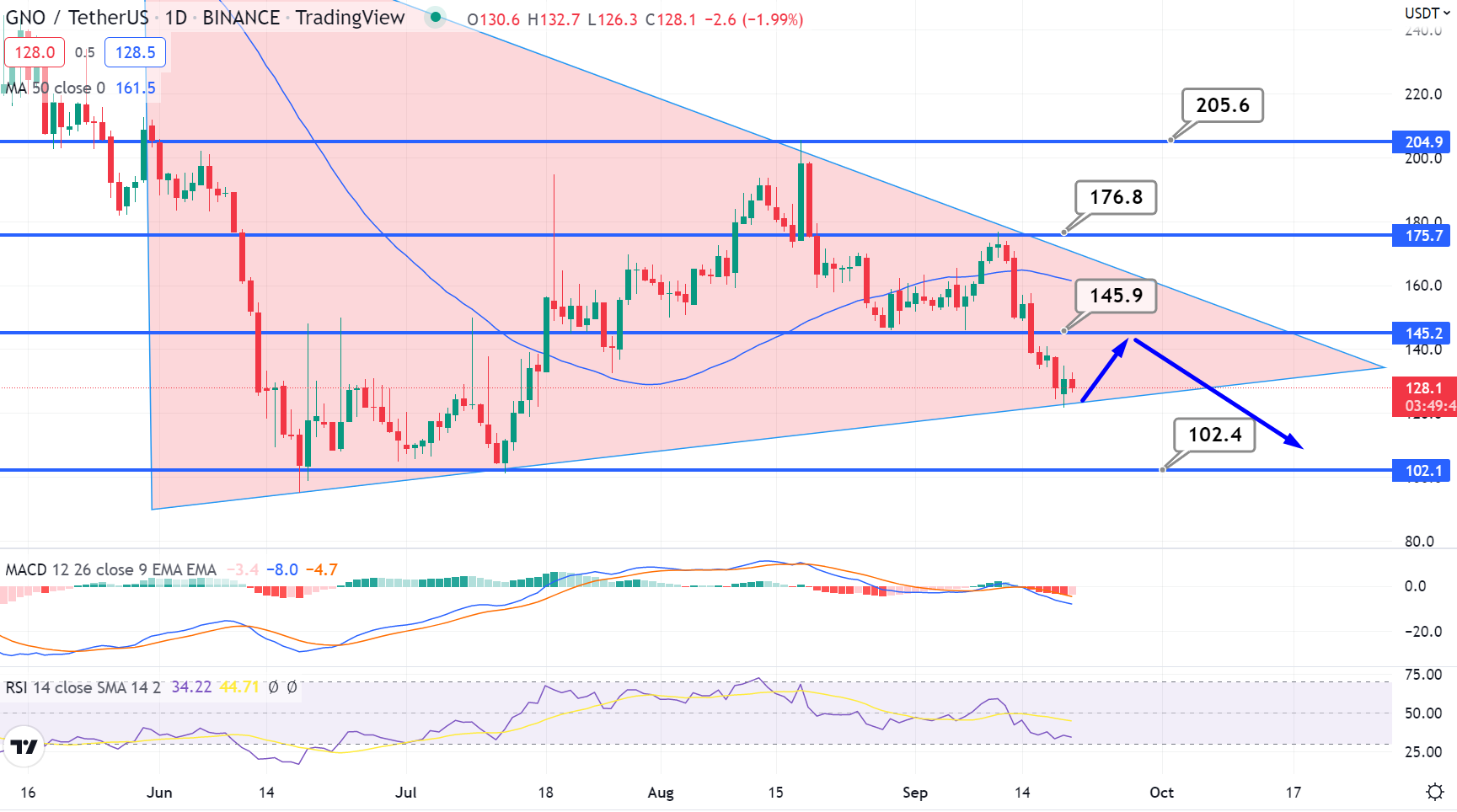 On a daily basis, the GNO/USDT is trading bearish at $122.60. The symmetrical triangle pattern is likely to provide additional support near the $123 level.

EOS Network Slips 14%: Here’s Everything You Should Know