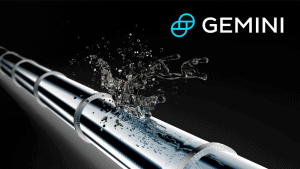 Investors who are still skeptical about investing in Bitcoin might want to take some advice from someone who has made a fortune from it.

According to Cameron Winklevoss, the CEO of Gemini exchange, there are $17 trillion in negative interest bonds, which has inspired the public to choose Bitcoin as a viable investment option.

In his tweet, the amount in bonds shows 17 trillion reasons why the public should invest in Bitcoin.

Moving the wealth to BRC

After his tweets, there were a series of comments in response to the tweet. One comment pointed out that moving the wealth over to Bitcoin can be very difficult.

In response to the comment, Winklevoss explained that opening a Bitcoin account on crypto exchange takes not more than 2 minutes.

So, any challenge that doesn’t consume your time shouldn’t be considered a challenge, according to him.

But Winklevoss failed to reply to the user when he asked how someone can transfer the negative debt of that much volume to cryptocurrency.

Earlier this month, a Bitcoin expert and veteran trader, Tone Vays, pointed out a vie also shared by Winklevoss.

He a lot of people can divert to bitcoin investment as more developed countries try to implement negative interest rates and eliminate cash in the process.

When people miss the opportunity to hold cash or transact with it, they tend to look for other alternatives. And, according to him, Bitcoin presents a good alternative.

The Crypto market may benefit from negative-yielding bonds

In August, there was a report by Deutsche Bank, which stated that about one-third of bonds traded in the world were negative.

As a result, companies are expected to remit less than the initial cost of the bonds. And as Gabor Gurbacs, digital asset director at VanEck, has described it, that amount in bonds represents about $75 trillion.

Surprisingly, it is 75 times more than the market capitalization of bitcoin.

Similarly, Bank of Japan issued out a statement warning that it’s wrong for central banks to use digital currencies when enforcing negative rates.

According to the Bank’s deposit, governor Masayoshi Amamiya states that issue these digital currencies with negative rates would give people no choice than to move towards cash.

Amamiya reiterated that central banks should do away with cash if they want to prevent the negative interests in bounds.

However, he further said that central banks would not follow this route because its settlement infrastructure would become difficult for the public.

He reiterated that the huge amount in negative bonds is an untapped opportunity for the Bitcoin and crypto market to feed from.

If some of these funds can find their way into the crypto market, the entire crypto community will have a lot to smile.

The negative rate, if it continues, could create another recession, which will open more opportunities for bitcoin investors to thrive.

Essentially, the financial crisis in 2008 is what led to the increased public interest in Bitcoin. Bitcoin took off in that period and since then has grown in market capitalization.

Besides, as most central banks in the world are still holding interest rates below zero-mark, Bitcoin and crypto may become more attractive to mainstream investors.

Join Our Telegram channel to stay up to date on breaking news coverage Nicolas ...