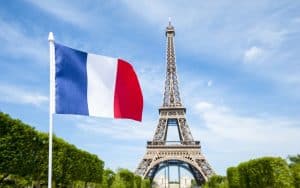 The country of France is putting together a G7 cryptocurrency task force to regulate cryptocurrencies. Of course, the team was brought together to combat Facebook’s Libra token, and will make sure the asset falls under money laundering and consumer protection laws.

Protection from the future

This news comes to us via Reuters, with French Governor Francois Villeroy de Galhau having spoken on the matter. He notes that the force is lead up by one Benoit Coeure, a board member of the European Central Bank.

Essentially, it is being put together because of the fears surrounding Libra. The project, which is backed by MasterCard and other major players in the financial field, is basically a digital dollar being integrated into Facebook’s services like WhatsApp or its social media platform.

Interestingly, the country wanted to make it clear that they don’t stand against Facebook’s asset necessarily. But, that they don’t want it to be one that reigns supreme against the rest. And that’s not to mention the fact that no banks are backing the currency.

“We want to combine being open to innovation with firmness on regulation. This is in everyone’s interest.”

He says that we need to define a stablecoin in terms of the law since Facebook’s asset is essentially just that. This is a little odd, considering most of the crypto world is aware of stablecoins and the definition is pretty clear. It’s a digital currency that is backed by something physical, like the United States dollar.

Other parts of the world aren’t so sure on the asset either. For example, Russia may ban the currency entirely by blocking access to Facebook, Instagram, and WhatsApp, reports Bitcoinist.

Understandably, governments don’t want their currencies taken over by Facebook’s. But, the entire point of blockchain technology is the idea of getting rid of central authorities when it comes to online trading. The only reason governments are scared of Facebook’s asset and not Bitcoin is because Facebook’s already has a userbase.

Join Our Telegram channel to stay up to date on breaking news coverage Globitex ...