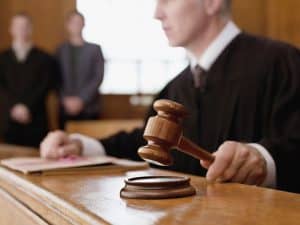 Nikhil Wahi, 26, with help from his brother, Ishan Wahi, allegedly committed fraud involving insider trading and pleaded guilty in a hearing on Monday.

Following an accusation from the Securities and Exchange Commission (SEC) about trading crypto assets with the use of confidential information, both the brothers were arrested in Seattle last month for partaking in unethical trading.

According to the SEC, Ishan Wahi tipped his brother about upcoming announcements regarding Coinbase listings, and Nikhil Wahi then used this information to perform illegal trade involving trading more than 25 tokens in an insider trading scheme. And collecting over $1.5 million in illegal profits.

This information was brought to attention by Damien Williams, from the U.S. Attorney’s Office in New York. Who said in a statement, “Less than two months after he was charged, Nikhil Wahi admitted in court today that he traded in crypto assets based on Coinbase’s confidential business information to which he was not entitled,”

Nikhil is expecting sentencing in December, demanding him to serve in prison for up to 20 years. And has been ordered to give back the money he managed to earn through insider trading.

Ishan Wahi was a product manager at Coinbase Global Inc- of the largest crypto exchanges in the world. He was charged with wire fraud conspiracy and wire fraud along with his brother, Nikhil and his friend, Sameer Ramani.

Before boarding a flight to India on May 16, the accusation said that Ishan was stopped by law enforcement who prevented him from fleeing the country. It was later known that he had informed Nikhil and Ramani about the investigation that Coinbase was carrying hours before the flight.

He also expressed that he knew what he was getting into by agreeing to plead guilty, mentioning being deported from the United States and losing everything he had worked for.

“For the first time ever, a defendant has admitted his guilt in an insider trading case involving the cryptocurrency markets,” Williams said in a statement. “Today’s guilty plea should serve as a reminder to those who participate in the cryptocurrency markets that the Southern District of New York will continue to steadfastly police frauds of all stripes and will adapt as technology evolves.” he added.

The Elder Wahi In A Spot

The Wahi brothers and Sameer Ramani were charged with wire fraud back in July. The SEC was the working authority in the matter. Last month, Ishan pleaded not guilty to the DOJ’s charges. However, the currency plea from his brother raises skepticism towards his case, and it’s unclear how he will take it from here.

Relevant to the matter, Coinbase is one of the largest cryptocurrency exchanges in the world, allowing users to trade a bunch of cryptocurrencies and crypto assets on the platform. The company has added new crypto assets on its platform quite frequently and the value of these assets has increased as a consequence of the listing. Coinbase kept all such information confidential, prohibiting their employees from sharing it with anyone else. Nikhil Wahi did not comply with these terms and is, hence, being charged with fraud.

Near Foundation unveils a $100 million fund for Web3 developers

Join Our Telegram channel to stay up to date on breaking news coverage Near ...