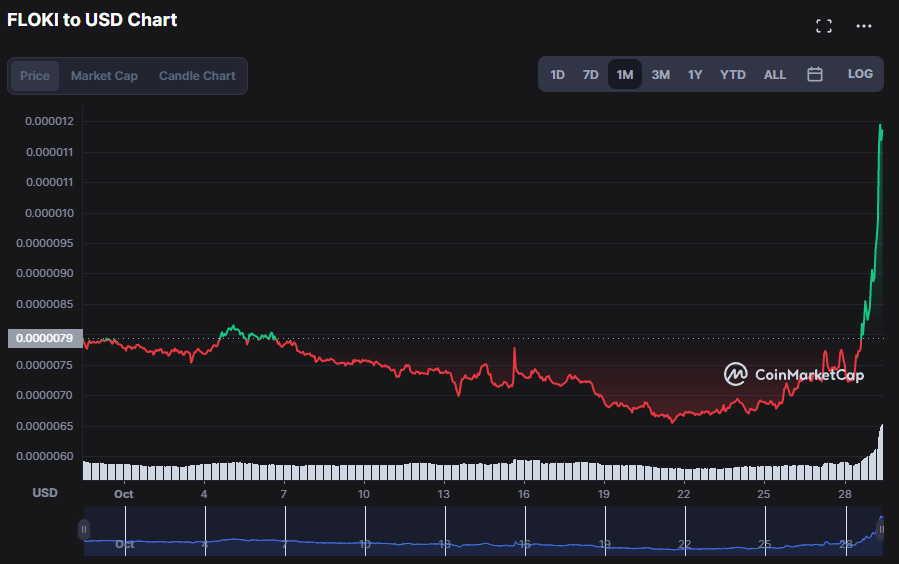 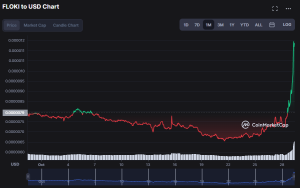 Popular memecoin FLOKI (FLOKI) skyrocketed by 58% recently, becoming one of the best-performing cryptocurrencies today. The token has presumably skyrocketed due to its disruptive NFT Metaverse game, Valhalla, although some believe that there might be several other aspects that added to the project’s growth.

Is Floki one of the beneficiaries of Elon Musk’s Twitter purchase?

Elon Musk’s move to purchase Twitter, one of the largest and oldest active social media platforms today, has been in the headlines for months. The hype was sparked yet again a few days ago when Musk posted a photo of entering Twitter’s HQ wearing a sink. With Musk being a major supporter of memecoins, primarily Dogecoin, his acquisition of Twitter has allowed DOGE, as well as other memecoins like Shiba Inu and Floki itself, to share the hype.

Musk even mentioned Floki by name, jokingly adding that he will name his own Shiba Inu Floki and that it will make the pup the CEO of Twitter.

My Shiba Inu will be named Floki

Another big thing for Floki recently is the fact that the project has streamed some of Valhalla gameplay on Twitch recently, inviting users to join and watch the gameplay of a disruptive new metaverse game.

Not only that, but the devs invited the community to join and challenge the streamer Not A Whale (@NotAWhaleQQ) or simply watch him “play against other Vikings.”

Add the fact that FlokiFi Locker went live on Mainnet only two days ago, which is its first utility product, and it is clear why the community has been so hyped about the project lately.

Floki price prediction: Is the Viking Doge going to its past ATH?

With Floki seeing a major price surge, the question that everyone is asking now is – will it continue? Generally, investors need to know how far a token can go, and some expect it to surge by 20 times. A number of price predictions are saying that Floki is one of the best chives for long-term investment, with the assumption that the token will see similar performance to Shiba Inu in 2021 when it managed to overcome even Dogecoin itself. 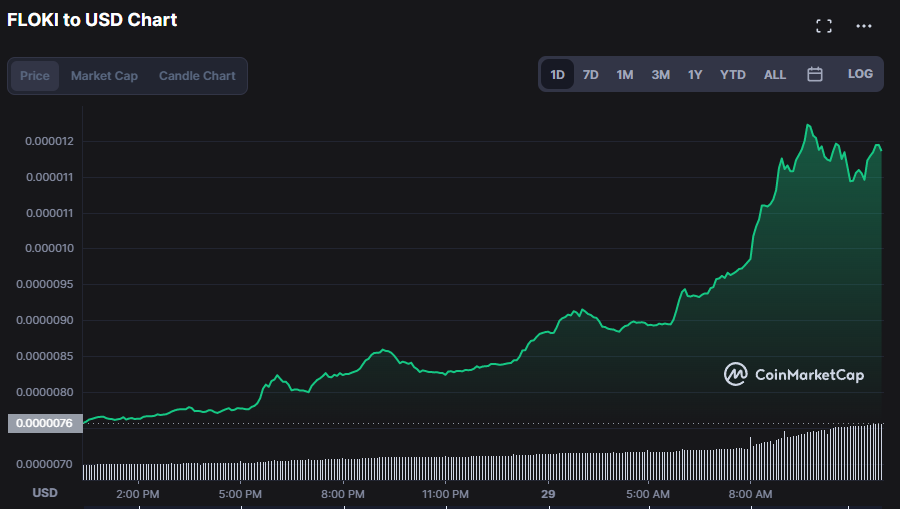 While Floki is definitely one of the tokens that are stealing the spotlight, it is not the only project worth considering. Another token worth considering is Dash 2 Trade (D2T), which is holding a presale right now. This is a native cryptocurrency of the Dash 2 Trade platform, which provides crypto trading signals, predictions, and social analytics to help traders make informed decisions.

Another good example is Tamadoge (TAMA), which is yet another Doge-inspired token and a gateway token of the Tamaverse. It allows users to mint, breed, and battle their own Tamadoge pet in the project’s metaverse. At the same time, it offers P2E opportunities, and the plan is to expand to include augmented reality experiences, allowing players to use NFTs to play with their friends in the Tamaverse. 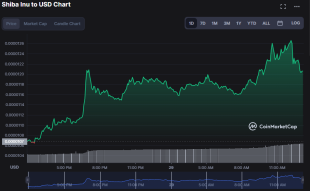