Homenewsfinance sector concerned over the increasing dominance of cryptocurrency 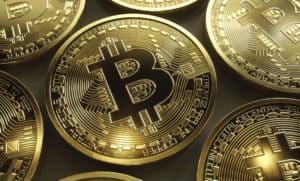 Cryptocurrencies and Bitcoin are barely a decade old. But they have already had a significant impact on the world of finance. When Facebook announced that it will float its own digital currency Libra, it was another sound reminder that the world is about witnessing a major shift in paradigm in the finance sector.

U.S. Federal Reserve governor and chair of the Financial Stability Board, Randal Quarles, has warned central bankers and finance ministers to take note of the quick changes happening within the finance industry, brought by cryptocurrencies and bitcoin.

Technology is changing the nature of traditional finance, bringing innovations that create both potential benefits and risks.

He made this statement in a letter for the G20 summit this week. According to him, the rapid changes in the finance sector may bring about new challenges for many central banks and governments around the world.

Bitcoin can undermine the dollar’s supremacy

Earlier this week, the U.S. government stated that cryptocurrency and Bitcoin can pose a challenge to the USD in retaining its status as the world’s reserve coin. Currently, it’s looking for researchers who would look into the extent of risks digital coins pose to the continued dominance of the USD.

And there has been growing support for the US to start developing its own government-backed digital currency.

Libra could undermine the control of economies

Already, many central banks and governments believe that the introduction of Libra could have an impact on governments’ stronghold on their economies if the digital currency becomes widely used around the world. Some are having fears that it could lead them to lose their financial and regulatory control of economies. `

Some E.U. countries, including Spain, Italy, Germany, and France, have reiterated their desire to block the use of Libra in their respective countries because of the risk it poses to the financial sector. However, instead of using Libra, the countries are supporting the proposal of an alternate public cryptocurrency run by the central bank.

On a similar note, some top companies like eBay, PayPal, Mastercard, and Visa, who initially supported the introduction of Libra, are now backing out. They view the Libra currency as a major competition, which can put their line of business at risk, should the digital coin become a reality.

Blockchain technology is gradually making waves in the mainstream, with the health sector particularly ...