A new report has come out to reveal that while Facebook might have announced its Libra stablecoin to the world back in June, the company has been making some pre-emptive moves to provide a clear enough road towards the asset’s launch.

Earlier this week, popular news medium Reuters reported that Facebook had met severally with officials from the British Ministry of Finance, the Bank of England, and at the Financial Conduct Authority (FCA). Per the report, representatives from the tech giant spoke concerning the forthcoming asset and gave some specific information, all with the aim of garnering support from the financial regulators before the asset would have been announced.

Specifically, Reuters pointed out that Facebook representatives met with a junior minister at the Finance Ministry who deals with developing cryptocurrency policy, before meeting with the FCA officials back on April 24 and 24. Then, the social media giant wrapped up its set of meetings by chatting with Bank of England officials on May 14.

As expected, all of the meetings revolved around the stablecoin itself and how it would operate in the country without necessarily jeopardizing investors, the government, and the British economy as a whole. While the specific questions asked by the regulators were hidden from Reuters, one would assume that they related to how Libra would work, the privacy protection measures that have been put in place, and whether or not Facebook will be taking custody of any consumer information.So far, however, it doesn’t look as though any of these meetings and discussions have helped.

Lawmakers in the United States have so far continued to express Facebook’s past with information and privacy misdemeanors, while foreign policymakers also don’t seem to be particularly enamored with the idea of allowing Libra launch in their countries as well. Speaking with Reuters, a spokesperson for the social media giant said, “Engaging with regulators, policymakers, and experts is critical to Libra’s success […] This was the whole reason that Facebook along with other members of the Libra Association shared our plans early.”Regardless of what the mission is, the reality on the ground isn’t pretty at all.

Several European countries seem to be against the idea of allowing Libra to operate within their borders, with many expressing concerns over the implications that the asset could potentially have on their economies. Earlier this week, Reuters also reported that Olaf Scholz, the German Vice-Chancellor and Minister of Finance, has called for policymakers in the country to outright reject the operation of parallel currencies, including and especially Libra.

While speaking at a panel discussion in Berlin, Scholz all but confirmed that there would be no way the parliament would allow Libra to operate in the country, per Reuters. The news medium also referenced a document, which showed collaborations between German regulators and their counterparts in the European Union to ensure that their national fiat currencies stay unaffected by the operation of stablecoins.

The document reportedly reads, “The Federal Government will work at European and international level to ensure that stablecoins will not become an alternative to official currencies.”Concerning England, things don’t seem to be particularly clear as well. Mark Carney, the Bank of England Governor, argued last month that due to the massive scale of the asset, Libra would have to be virtually perfect if it hopes even to be released at all.“It’s either successful or it isn’t. If it’s successful, it becomes systemic, because it would involve a very large number of users. And if you’re a systemic payment system, it’s 5-sigma,” he said. 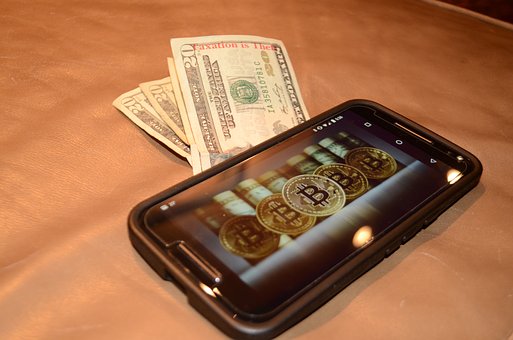 Taxation May Have Negative Effects on Cryptocurrency