Homenewseverything you need to know about the popular azuki nfts 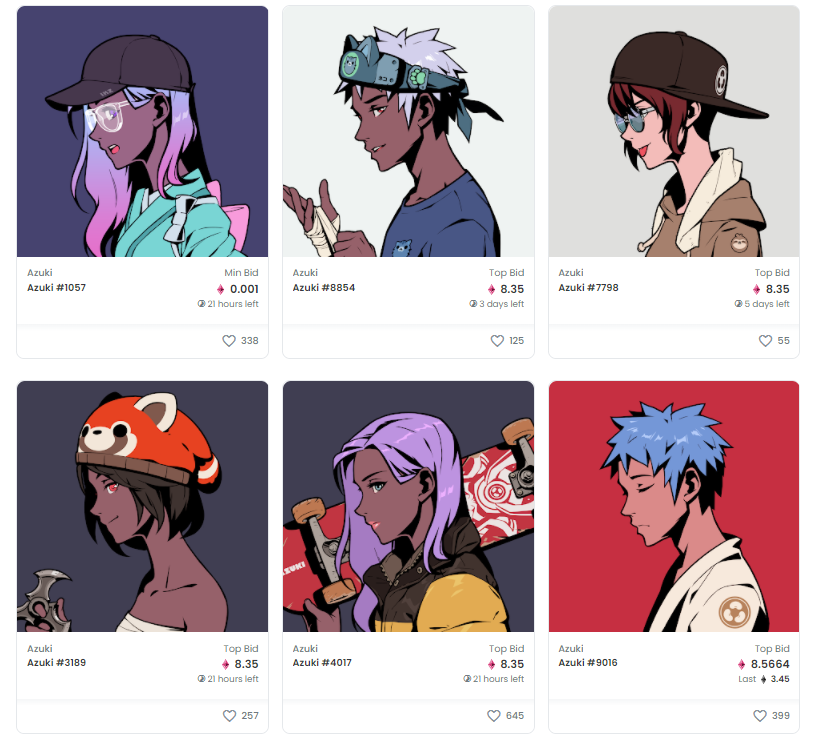 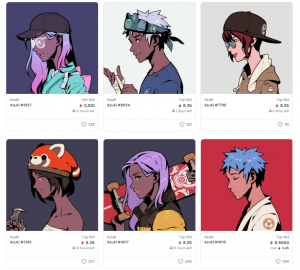 Anime NFTs have surpassed popular NFT collections like Bored Apes and CryptoPunks after witnessing sales of $300 million in volume. Azuki is now one of the most-traded anime NFT collections and has over $344 million in sales volume.

When were Azuki NFTs released?

The Azuki NFTs were released on 12 January 2022 by four men who were based out of Los Angeles. They initially released 8,700 NFTs. These NFTs are anime-style characters termed as “Azukis”. Their initial price was around $3,400 per NFT. The entire collection was sold out in just a few minutes with over $29 million sales. Some sets of Azuki NFTs were sold at around $2 million. The second selling occurred in a private offering soon after the release of the initial collection.

By the second week of February, Azuki NFTs went as high as $300 million in terms of transaction volume in popular NFT marketplaces like OpenSea. While the most expensive Azukis now have a trade price of half a million, the cheaper ones cost around $36,000. In just one month, the total sales of Azuki NFTs have taken over tokens like CryptoPunks and the Bored Ape Yacht Club.

The startup that powers Azuki NFTs is Chiru Labs. Every Azuki NFT resale earns the startup a 5% royalty. That is a $15 million additional earnings only from royalties alone with the $31 million earnings made by Chiru Labs in the initial Azuki offering.

There are four founders of Chiru Labs and their identities are anonymous. The entire crypto and NFT world operates on a high level of privacy obsession and this is not unusual. The recent revelation of the identities of the two South Florida men making millions from the Bored Ape Yacht Club made quite a stir on Twitter.

Arnold Tsang is the fifth important person in Chiru Labs and is relatively famous as a conceptual artist in the gaming industry. The 39-year-old conceptual artist was working with the famous shooter game Overwatch, which is backed by Activision Blizzard and has over 60 million players registered on the platform.

Tsang will be officially joining Chiru in a full-time profile to push the Azuki brand. According to Tsang, “The dream is for Azuki to have such big IP (intellectual property) that there’s an animated series, maybe even games and all kinds of merch,’’ he says. He went public with his identity “as a pledge of trust…”=

Zzzagabond is the online handle that belongs to one of the founders of Chiru Labs. Zzzagabond leads Azuki and he had reportedly worked in business development at Google. He also had a four-year span of work at a decentralized finance platform, which he refuses to mention. Another member that founded the Chiru Labs is known as the nom-de-web of Location Tba. He was reportedly a software engineer at Facebook. Hoshiboy, who is the third founder claims to be a part of the startup incubator Y Combinator.

The Rising Demand for Azuki NFTs

Azukis have become extremely famous among NFT enthusiasts for the high demand for anime art. Netflix and other streaming stations have boosted their anime content, which attracted millions of users across the globe. The growing popularity of anime led to the launch of the 0N1 Force NFT collection in August 2021, which happened with an anime style. Soon after it was launched, the average price increased from $1,500 to $30,000.

Chiru wishes to build a prospering business and is leaning heavily on the Azuki brand. It is taking initiatives to add more revenue sources apart from the royalties. After it indicated about starting an Azuki clothing line with red jackets, it has also mentioned going to Hollywood.

According to Forbes, the makers of Azuki also want to launch animated series, games, and merchandise. Azuki NFTs grant people access to exclusive drops and experiences. It also enables buyers to access a metaverse called “The Garden.” The founders are speculating on receiving funds from TV shows to use their intellectual property, Zzzagabond muses.

While some people are sceptical about their ambitions, some feel that these prospects are quite possible after the Azuki team has minted more than $40 million in just a few weeks.

NFTs and the Future

NFTs have become a very important part of the world of digital assets and buyers across the globe are extremely enthusiastic about the future of NFTs. Many are overwhelmed by the kind of twists that the NFT space is witnessing with every passing month. It seems that people in many corners of the world are designing creative art pieces and are launching these as NFTs every now and then.

If you are an NFT enthusiast and looking to buy NFTs from the latest Azuki collection, then checking the collection out on their website is a good idea. It is hard to predict how and where the NFT world is moving, but all we can say is that NFTs are here to stay.

If these digital collectibles can make millions in just a few weeks after they are launched, speculators can very well assume that a varied range of collectibles will influence the NFT space in the future as is already the case now.

While many feel that the entire craze around NFTs is overhyped, the ones who are deeply invested in the idea of an NFT look at it as something that has wide future prospects. Experts are also keen on learning how these NFTs will influence the world of transactions.

There are leading online sites where you can browse interesting NFT collections and decide if you would want to buy one. It will just take you a few minutes to own an exclusive piece of art through an NFT and join its vibrant community worldwide.

Create Account
Bybit exchange is not yet available in USA 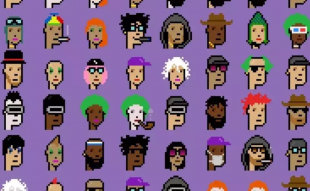 How CryptoPunks NFTs have become the best selling NFTs?

Join Our Telegram channel to stay up to date on breaking news coverage CryptoPunks ...