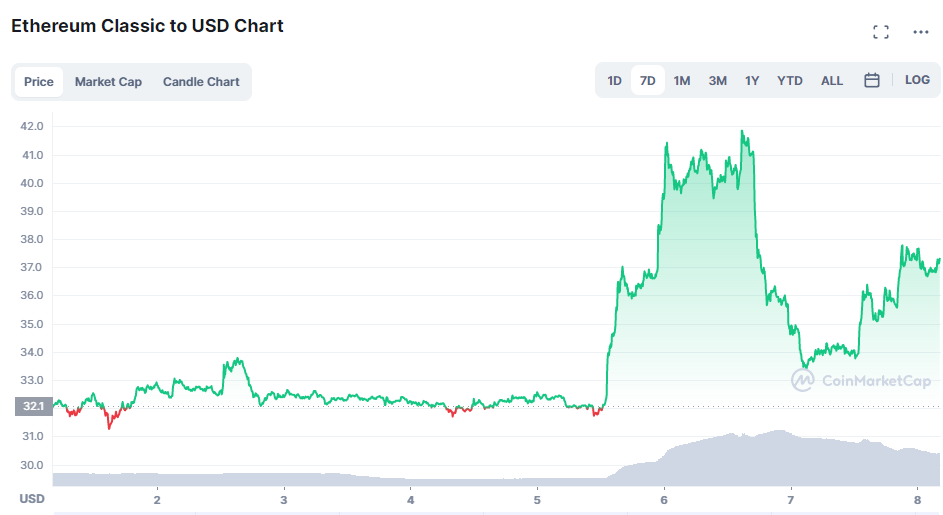 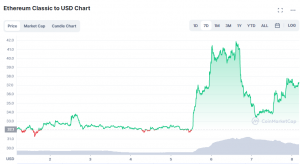 Ethereum Classic has marginally retraced after experiencing a short rally. But that doesn’t mean that the crypto crowd isn’t paying attention. From the existing miners to the new enthusiasts, speculations are high whether this “Proof-of-Work” Ethereum will have a larger role to play in the upcoming days.

The rally has occurred because the Merge has rattled many miners whose livelihoods now hang by a threat. They have a lot of equipment at their disposal but no profitable use for it; Ethereum Classic has given them a way to stay relevant in these times.

Ethereum Classic is the original Ethereum – a hard fork of the world’s #1 altcoin resulting from The DAO Hack.

The DAO was one of the world’s first Decentralized Autonomous organizations; it was a decentralized venture capital unit that aimed to raise many for ETH’s development. The blockchain was a naïve technology during those days. Security wasn’t a major concern since many believed it to be foolproof.

That all changed with the DAO hack. An exploit was found that siphoned $5 million during the Ethereum presale. The incident led the developers to take the drastic decision to create a hard fork, leading to the new Ethereum blockchain.

The hard fork divided the ETH community in two. Ones who welcomed this change and wanted the new Ethereum chain to be more secure and ones who hated the idea that blockchain is being bent to someone’s whim. According to them, the hard fork went against the “Code of Law” ideals.

It led the gatekeepers of Ethereum’s original architecture to create Ethereum classic, an altcoin that currently ranks #19 according to market capitalization.

The Merge and The Mass Exodus of Miners

Many environmentalists and the crypto crowd, in general, welcome the Merge upgrade with open arms, but most miners aren’t one of them. Ethereum mining is a $19 billion industry whose fate now hangs in the balance. Ethereum has refused to entertain any prospect of allowing miners to hang around. And despite the speculations of an Ethereum POW hard fork, miners are in disarray.

It has led to many miners looking for alternatives. The most obvious one they came across was the Ethereum Classic, whose community is already welcoming them with open arms. The hash rate of Ethereum classic rose by 133% since July 2022, going over 48.64 Tera hashes per second.

It signals the arrival of new miners who want some use case for all the equipment lying around.

Furthermore, the Ethereum Classic Group has recently announced an Ethereum Proof-of-Work hard fork or ETP. Reports suggest that it will rely on the forked Proof-of-Work of the Ethereum chain and represent those who oppose Ethereum’s switch to POS. It will have a new token known as ETHW – forming the basis of a physically-backed ETP token and ETHWetc.

Supports have Started to Pour in ETC

ETC has started to garner support from the top mining pools worldwide. These include BTC.com, Etheremine, and Antpool.

BTC.com has launched an Ethereum Mining Pool known as BTC.com ETH pool that will have “zero fees” for the first three months. Ethermine has extended support for ETC mining, and Antpool has dedicated a $10 million investment to support the Ethereum classic.

With this much support pouring in for Ethereum Classic, it is fair to say that the ETC price trend can bounce and form an uptrend soon.

People might be overly bullish about the Merge, but they aren’t being careless about the risk it carries. Earlier attempts to launch the Merge have largely been unsuccessful, and even if it is successful, the chances that it will retain its previous position aren’t certain.

Ethereum Classic, however, still has its original architecture. It has no plans to walk away from the bath of mining and can even manage to onboard new decentralized applications with time. However, the addition of those apps is not why ETC seems to have a bright future ahead; it’s the inflated hash rate.

The increased hash rate doesn’t only signal new arrivals; it also implies that the Ethereum Classic chain has protection against the 51% attack.

51% Attack is an attack on the blockchain where a group of malicious miners has control of more than half of a blockchain network.

Ethereum Classic’s price action has gone volatile in the past seven days. While before, it was comfortably accumulating at $32, the sudden influx of new miners pushed its value to around $41. There was a retrace later the coin bounced back and is now trading around $37.

Does that mean miners are bearish about ETC? We can’t say that for certain. While there are signs for the new arrivals and bullish developments for ETC, like mining pool support, they aren’t enough to get Ethereum Classic back on the map.

For now, the best thing to do would be to watch the trends closely and see how many green candles start to form. 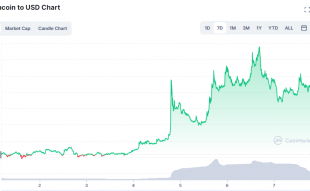 Ravencoin is up by 24% – Does Ethereum Merge make it a Safer Investment?