Hip Hop icon Eminem surprised everyone this year when he announced his NFT collection in 2021.

The rapper decided to launch the collection on April 25 this year. The final collection was launched on one of the largest NFT marketplaces, Nifty Gateway. The offering from Eminem contained three different NFTs in the launch.

So, when Marshall Bruce Mathers III (Eminem’s real name) decided to launch his own set of NFTs, he decided to ensure that his fans had something really good to look up to.

Here’s all you need to know about Eminem’s NFT collection.

All About The Eminem NFT Collection

The first hint of Eminem launching an NFT series came from Saturday Night Live when a sketch featuring Pete Davidson in Eminem’s character went on to explain NFTs.

In order to explain, why Eminem went ahead with NFTs, he released a statement, mentioning his childhood love for collecting stuff.

He said, “I’ve been collecting since I was a kid, everything from comic books to baseball cards to toys, as well as every rap album on cassette I could get my hands on, not much has changed for me as an adult…I’ve attempted to re-create some of those collections from that time in my life, and I know I’m not alone.”

The hip-hop sensation went on to say that he wanted this NFT drop to have the same vibe like ‘Oh, man I gotta get just that one or maybe even the whole set!’. Moreover, commenting on the process of launching the NFT, he mentioned that it was a ‘lot of fun coming up with ideas.

Eminem finally decided to launch his NFT collection on a livestream event with the marketplace NIfty Gateway, on April 25th.

Apart from that, there are some “original instrumental beats produced by Slim Shady himself specifically for this release.”

Shady Con was touted as an actual digital festival, similar to Gamecon, E3 and Comic-Con, but only digital.

What Was In There?

It contained three different collectibles for all the Stans (the name given to Eminem fans) out there The rapper had launched two collections of NFTs titled “Tools of The Trade” and “Still D.G.A.F”. The third one was titled is the last NFT single edition copy called “STAN’S REVENGE”.

Out of the three, the first two were supposed to be sold at a flat rate of $5,000 per Eminem NFT. The artist behind all these NFTs is named D.O.M. The last NFT out of the three was sold in auction-style, bidding at $100,000.

The last piece included an original beat produced by Eminem, a pair of Shady XV Air Jordan Carhartt 4s, SSLP20 Film Strip signed by the rapper, and a signed Vinyl of “Infinite”.

How Did The Eminem NFT Perform?

The series of NFTs by the rapper performed decently well, and we assume surpassed his expectations to some extent.

Eminem reportedly made $1.78 million from his first collection of NFTs that he sold. The buyers of these NFTs included some prominent names. Canadian rapper Tom MacDonald took the NFT home at a staggering $100,000. Among other buyers were rappers 50 Cent, DJ Premier and Fredwreck.

As DJ Premier got himself a Marshall Mathers figure, 50 Cent bought two Eminem NFTs, a Stan trading card, and Tools of the Trade, in which each edition will be gifted with a Physical Print of the artwork hand numbered and autographed by Eminem himself.

After the launch, for around 15 minutes, the open edition collection was available. In terms of numbers, around 675 NFTs for Eminem action figures, 940 for the Slim Shady doll, and 753 for the Marshall Mathers figure were produced in this brief period.

While Eminem hasn’t announced any other plans of launching his own set of NFTs, he is still quite active in the space.

Apart from getting his own NFT collectibles sold, Eminem has now ventured into the NFT space by funding an upcoming startup in the ecosystem. He was a part of MakersPlace, a startup marketplace for NFTs. The San Francisco company raised $30 million in Series A funding, with investors including Sony Music Entertainment, Coinbase Ventures, and others.

However, speculations are rife that Eminem might release his new NFT through this marketplace, but there are no confirmations as of now.

The 15-time Grammy winner, Eminem has forayed into the NFT space. While his first collection sale was at a whopping $1.78 million, it still wasn’t at par with other artists.

Although, the fact that Eminem is actively inventing in NFT based startups is a testament to the fact that the rapper is hoping to be an active part of the community as well as using the tokenized collectibles as a way to interact and engage with his fans.

Eric is a content writer with experience in Fintech, AI, Cryptocurrency, and Blockchain technology. He is passionate about creating content that helps beginning investors learn to navigate the markets. 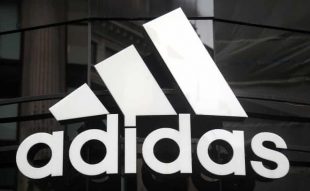 Adidas announced that it made $23.4 million in a single afternoon after releasing its ...

Jimmy Aki •Updated: 27 January 2022 Updated:: Updated: 27 January 2022
View All News
Note that the content on this site should not be considered investment advice. Investing is speculative. When investing your capital is at risk. This site is not intended for use in jurisdictions in which the trading or investments described are prohibited and should only be used by such persons and in such ways as are legally permitted.