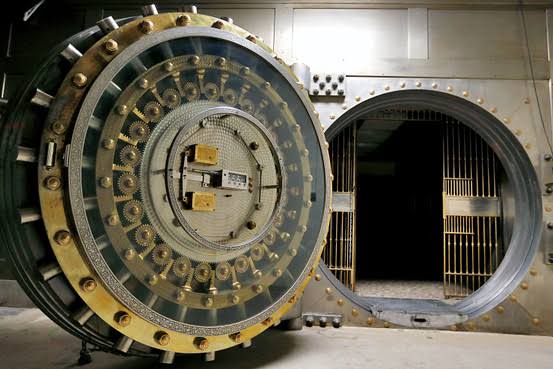 Bitcoin is the democratization of savings

Before, real saving vehicles were only available to the rich (real estate, stocks..)

Today, you can stack sats & store your wealth in the scarcest asset

Speaking on how much Bitcoin can democratize savings, Mahmudov pointed out that Bitcoin remains, for all intents and purposes, the scarcest of all assets, that will benefit people who use it to store their wealth.

“Today, you can stack sats & store your wealth in the scarcest asset. The ability to save wealth in bitcoin will bring millions of people out of debt,” he wrote.

The scarcity of Bitcoin has been one of its most popular characteristics. Unlike fiat currencies that can be subject to increasing production and subsequent inflation, the asset has a 21 million hard cap. Its permissionless and decentralized nature also means that no one gets to particularly control its supply (save for the miners who work night and day to mine a few of it per time)

The scarcity phenomenon also sees Bitcoin edge one of its greatest rivals; gold. While we can always point to the fact that good can be faked and counterfeited and the asset isn’t particularly divisible in value, the scarcity feature has to be Bitcoin’s holy grail.

Earlier this year, researchers at NASA were reported to have discovered Psyche 16, an asteroid currently floating between the orbits of Mars and Jupiter that has enough gold on it to make every individual on Earth a billionaire instantly.

Asteroid 16 Psyche could make every person on Earth a billionaire—93 times over. NASA plans to visit it by 2026. https://t.co/i2LvjtISpI pic.twitter.com/Pug4usKpvF

With such an abundant amount of space, as well as the progress made in space voyages from companies such as SpaceX and Blue Origin, a scenario where Psyche 16 is harvested back to Earth could potentially make gold all but worthless (or, at the very least, reduce its value significantly)

The Global Economy Continues to Teeter on the Brink

With Bitcoin, savers have an asset that can’t be manipulated, has a limited supply, and can’t be curtailed by regulators or the government. It might not have the same high values as it did in December 2017, but the interest in the asset is definitely up.

PODCAST: Negative interest rates are counterintuitive to many, but policymakers are using them as a tool to spur growth. Is it working? Listen to the debate.

Currently, Germany, the leading economy in the European Union, is currently being hit by lowering interest rates. Politicians across factions have banded together to outlaw punitive interest rates on deposits up to €100,000, and with negative interest rates imposed from the European Central Bank, savers in Germans are beginning to feel like they are paying the bill of rescue for the Euro.

As dark clouds continue to form over the global economy, attention is beginning to turn to Bitcoin once more. Perhaps the “digital gold,” an asset which was developed to help save the world from a repeat of events in 2008, can be the answer that everyday savers need once more.