Homenewscrypto plans cancelled by one of russias largest banks 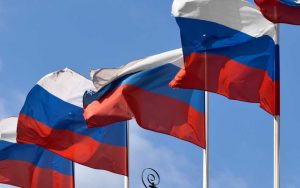 In a shock announcement, Sberbank, one of Russia’s largest banks, has shelved all future plans for crypto trading. Herman Gref, CEO of Sberbank, and himself a supporter of Bitcoin announced that the bank has decided to halt all crypto plans quoting the non-supportive views the government legislators as the reason. Whilst Gref has in the past, owned and exchanged Bitcoin for Fiat currency, his protagonist outlook was not shared by others at the bank and it has been decided to cease all projects related to cryptocurrencies and crypto trading.

This decision was released to the press by the head of international markets, Andrey Shemetov, at Sberbank on 30 May.

Legislation on cryptocurrencies is delayed

The decision of Sberbank came as no surprise coming on the back of the delay by the government to introduce legislation on cryptocurrencies which were expected in July. In February, Russian President, Vladimir Putin, instructed that these legislations should be in order by 1 July.

The delay in implementing these regulations came on the back of a warning by an official of the Russian State Duma, who feared that by legislating Bitcoin trading, it would result in the laundering of huge sums of money offshore.  There was strong support of these sentiments by members of the Russian Parliament who had previously indicated that they were not in favor of regulating Bitcoin.

Looking at the possibility of the online trading of cryptocurrencies and the unidentified system under which it operates, the threats to the country which could include non-payment of tax, possible funding of terrorism act, fraudulent activities, could be extreme.

The Central Bank of Russia regards Bitcoin as a ‘pyramid scheme’ based on the fact that Bitcoin has been modified into a unit of payment which can increase in value in a relatively short space of time.

CEO of Sberbank – a staunch supporter of Bitcoin

Gref regards cryptocurrency as brilliant technology and believes strongly in the success of the database of Bitcoin, commonly known as Blockchain.  He has expressed his pro-crypto sentiments on a number of occasions both vocally and in print.

Gref has made an urgent plea to the Russian powers to not turn their back on the cryptocurrency and make the harsh decision to ban Bitcoin until more is learned about the cryptocurrency.  He also stated that crypto trading will never be a substitute for regulated money changes because of the modern centralized financial systems in place.  The community see these centralized financial systems as secure and will continue to patronize them for their financial investments.

In the latter part of 2018, Gref was doubtful about the immediate future of crypto and asked that the country be patient – citing up to 10 years – before it is accepted into conventional living. Crypto trading is relatively new and the centralized banking system that has been operational for many years, will not be readily replaced.

Join Our Telegram channel to stay up to date on breaking news coverage USDCAD ...