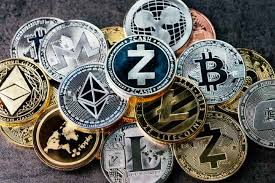 Crypto regulation has become much more prominent globally, with several jurisdictions and regions showing what digital assets’ futures might look like. In Hong Kong, concerns are rising over a possible ban on retail crypto trading that could soon take effect.

Unregulated Markets Will Only Get Larger

The company, which represents some of the crypto industry’s largest firms and has been leading advocacy for digital assets worldwide, explained to the news source that the imposition of such a policy could lead to an influx of traders into unregulated markets and worsen the very problems that regulations are trying to solve.

The SCMP reported late last year that the Financial Services and the Treasury Bureau of Hong Kong had floated a regulation to outlaw retail crypto trading in the region. The rule was part of a new anti-money laundering (AML) policy, which the Bureau is looking to implement in line with policies from the Financial Action Task Force (FATF).

However, as the report explained at the time, the Bureau is taking an even harder stance on trading than the FATF recommends. While the global AML authority asks that asset custodians keep a close watch on customers and their transactions, the Bureau is looking to outlaw retail trading altogether.

The Bureau spent the past month consulting with members of the general public and critical crypto industry stakeholders on the new regulation. With the consultation period now closed, all eyes will be on the region’s legislature, which should vote on an official bill later this year.

Malcolm Wright, the head of Global Digital Finance’s advisory council, told the SCMP that several other top economies under the FATF’s jurisdictions had allowed retail crypto trading. So, there is no reason why the Financial Services and the Treasury Bureau should seek an outright ban. For now, however, the legislature will have the final say.

ATMs in Trouble Too

Beyond the implication for crypto traders, some have also complained about how this new proposal could affect the broader market. In December, the Bitcoin Association of Hong Kong appealed to the government to reconsider its proposed policy, explaining that it would essentially cut users’ access to cryptocurrencies. The organization pointed out that the new guidelines also bear ominous signs for Bitcoin ATMs in the country – a sign that would essentially cut off locals’ access to digital assets.

Leo Weese, the co-founder of the association, also explained that this would exaggerate the government’s objective to promote innovation in the region.