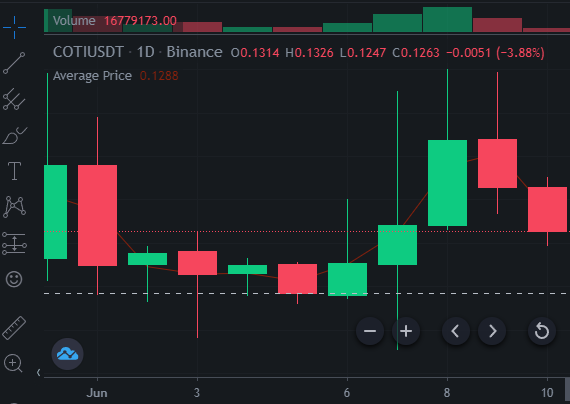 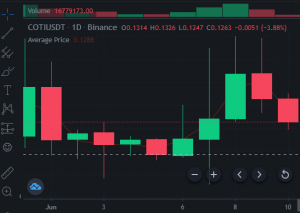 After staying in the bearish area of the graph last month, COTI, the issuer of Cardano’s Stablecoin DJED, finally started to turn its fortune around.

The token traded in the green from 6th To 8th June, closing higher than they opened on those three days. The prices went from $0.11 to 0.13 during this time, making investors hopeful about the future of this token.

COTI price Prediction: Following the Red Candles for the past two days

Over the past 24 hours, COTI’s value has dropped by 8.46%, and the token is currently trading at $0.12. That said, the price is still accumulating between $.11 and $0.13, which some standards still consider bearish.

That said, at the time of writing, the day is far from closed, and the wicks suggest that the price has closed lower than the daily high of 7th June 2022.

From the details we’ve observed on CoinMarketCap, COTI’s 24-hour trading volume has been $30 million, which is down by 76.44%. Currently, the token ranks at #174 – slipping by four ranks in the past 24 hours. 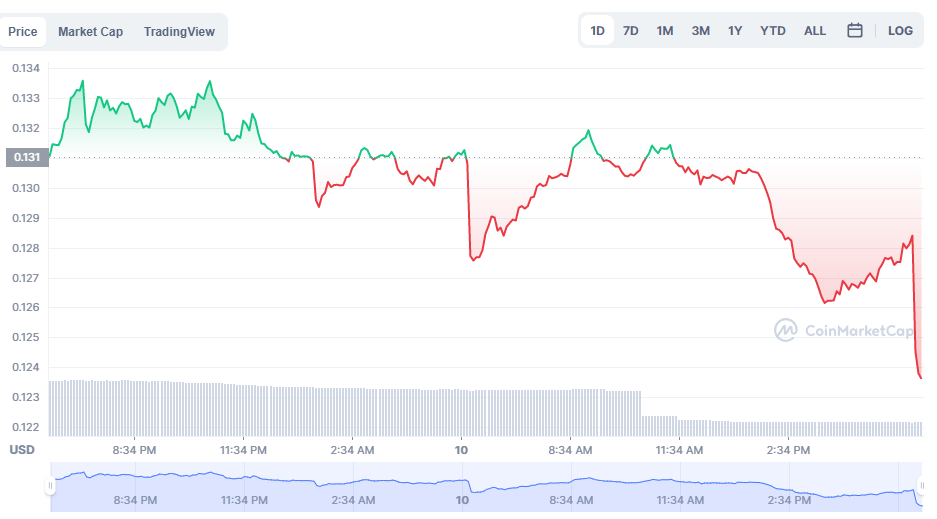 The current market cap is $132 million, with a circulating supply of nearly 1 billion COTI coins.

COTI price reached an all-time high in October last when it was trading at $0.65. Since then, the price has retraced by nearly 88%.

Even though the current markets are showing bearish trends, market watchers are sure that the coin will reach $0.37 by the end of 2022. The recent COTI forecast suggests that the token has been closely following the trends that led to it reaching its all-time high last year. They believe that the highest COTI would achieve this year would be $0.43.

COTI is the native governance Token of the COTI blockchain, a platform that claims itself to be a high-end fintech platform. It aims to empower businesses to create their own payment solutions and digitize any currency. The following are notable points of COTI that sets it apart from traditional fintech platforms in this era of blockchain:

COTI has devised measures to create an ecosystem that can lead to the mass adoption of blockchain technology. It is too soon to tell how far its impact would be.

COTI announced that it would issue the first Stablecoin on Cardano, known as DJED, back in September 2021. Staying to its conceiver’s wish to add stability to the volatile crypto economy, DJED would be used to make the network more predictable and cheaper.

The Stablecoin was finally issued in May 2022, after months of development. However, it was around the time of the great Terra crash that nearly crippled the crypto economy and made people think twice about investing in any type of stablecoin.

The developers are undeterred from that, though. They claim that DJED is different as it uses a reserve token called Shen and a smart contract to maintain its peg with the US dollar.

Simply put, it uses a combination of algorithm and fiat mechanisms to maintain a 1:1 ratio with the USD.

COTI seems to be a blockchain on a mission to add security, stability and ease of use to the blockchain ecosystem. So far, it has partnered with many DeFi solution providers and DEX, such as AdaSwap, MeowSwap, SundaeSwap, Simplex, OccamFi and more.

It is too soon to say what the future holds for this cryptocurrency. But from what we have been seeing, we have observed that it hasn’t hit as many low points as other cryptocurrencies during this bear market.

Experts have applauded this token for its inclusivity. They have said that it is a good long-time investment. All that remains is seeing the market and learning what the candles say. 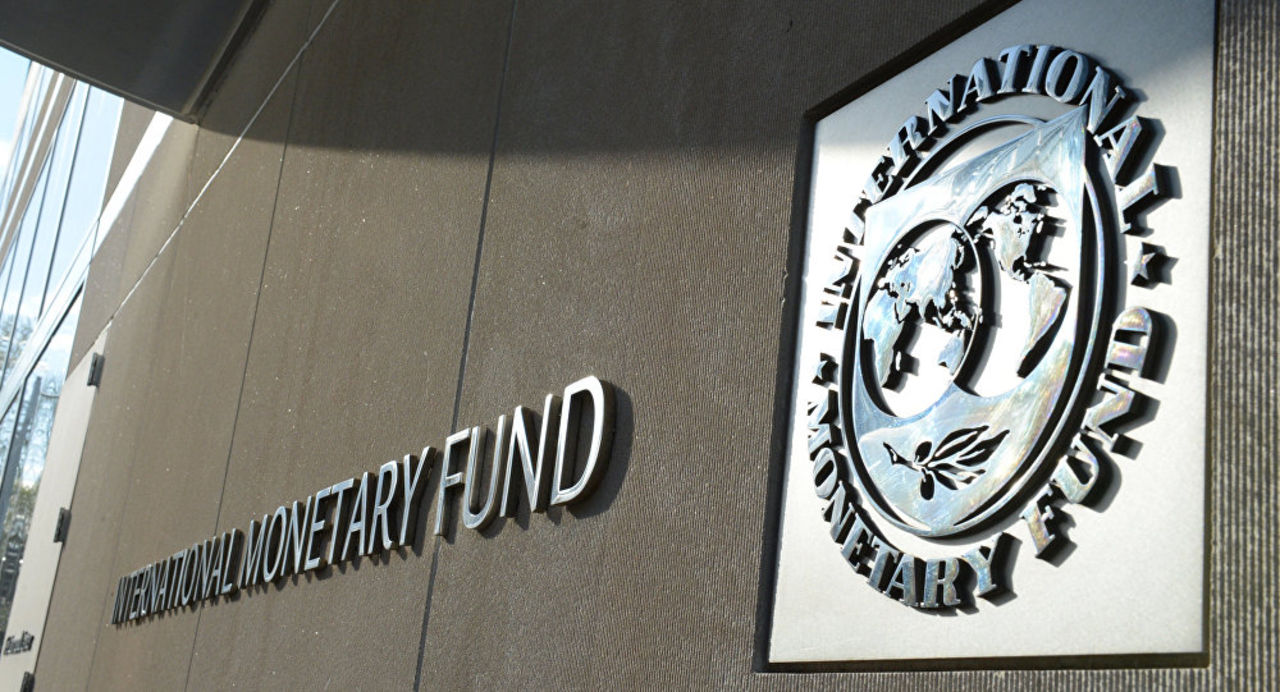