The co-founder of the interblockchain communication (IBC) ecosystem Cosmos, Ethan Buchman, has reported a critical security vulnerability affecting all IBC-supported chains on all versions of IBC.

Buchman has also said that all the necessary steps were being taken to ensure that all leading public IBC-supported chains have been fixed. He added that a chain was safe from the threat of exploitation if a third of the voting power has implemented the patch.

“Chains should seek top patch to 2/3 as quickly as possible once the official patch is released,” Buchman said. He added that a public version of the patch would be released in the Cosmos SDK (software development kit) on October 14.

“Steps have already been taken to ensure that all major public IBC-enabled chains have been patched. Given the severity, we have been working tirelessly with core development teams and validators across the ecosystem to make the patch available privately and ensure chains are patched before communicating publicly,” Buchman added.

The security vulnerability seems to have been detected after the core developers of the Cosmos network and the Osmosis decentralized exchange in Cosmos enhanced their security measures amid a $100 million cross-chain bridge attack that happened on BNB Chain last week.

However, cross-chain bridges are more complex than other decentralized applications (DApps). Additionally, if the source code of the bridge is copied and pasted across different protocols, the vulnerability of these platforms can be massive.

While developers conduct regular audits on these platforms to patch any vulnerabilities, hacks still occur, some being very severe. Most of the cross-chain bridge hacks in 2022 have been on the Ethereum Virtual Machine blockchains. These hacks include the Ronin and the Nomad bridge exploits.

On the other hand, security breaches have also been seen on chains within the Cosmos IBC ecosystem. However, the hacks have been few and have not happened within a close period. Around 45 blockchain networks currently use the Cosmos SDK. This shows that the extent of a breach on the ecosystem could be severe. 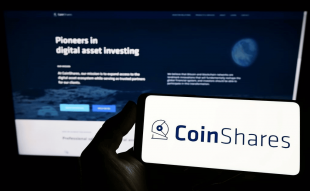 Join Our Telegram channel to stay up to date on breaking news coverage CoinShares, ...