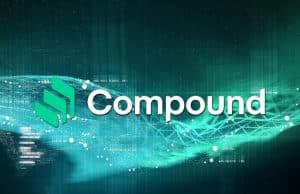 The governance token of Compound is set to be available for distribution to all of its users, set to begin on the 15th of June, within the Decentralized Finance (DeFi) protocol.

In relation to this, Compound tweeted on the 10th of June about it. The lending platform had successfully completed its testnet trials for the COP token, standing as part of its governance proposal to have tokens be distributed to its various users.

We've completed the $COMP Distribution testnet trial; thank you to every community member that participated.

Compound Governance Proposal 007 has been created, which if passed, will begin the COMP Distribution on June 15th.

With the testing successful, the community of the Compound protocol was quick to approve the proposal. For no other reason than amusement, it should be noted that the proposal was called “007,” but no secret agent is involved with it, sadly. The lending platform itself will distribute an impressive 1,116,310.81 COP tokens across an array of markets: DAI, ETH, USDT, USDC, REP, ZRX, as well as WBTC. The distribution will be in proportion to the interest that the market has accrued, according to the statement.

The statement went further, explaining that each market will see half of the allocated COMP supplied to it, be distributed to the suppliers. Likewise, the other half will then be distributed to the borrowers, in turn. The proposal explained that should an address interact with one of Compound’s markets, the address will receive all the COP that was earned within the market. However, this will only apply should the COMP earned exceed the minimum threshold of 0.001 COMP.

It was back in March. 2020 when Coinbase announced that it had officially integrated support for the Compound protocol within the Coinbase wallet app. The recent approval of Compound’s governance proposal came just as the DeFi protocol had a large influx of new DeFi users. It’s expected that the total of users will soon reach the 600,000 mark.

Alongside this, Coinbase was quick to announce that it will support the COMP token, as well as 17 other tokens, as well. It should be noted that this hasn’t been implemented yet, but acted more as an announcement that it will dedicate itself to integrate it into the exchange’s many offerings.

DeFi stood at the cusp of cutting edge blockchain technology. It’s hard to remember, sometimes, that blockchain is a very fledgling technology, in the grand scheme of things. Not a week goes by that someone finds some new way to leverage it. While its ultimate utility is still debated, it’s because of these constant innovations that DeFi protocols like COMP were developed. It’s a product of someone making a discovery.