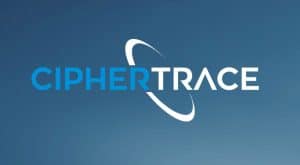 CipherTrace, a top crypto intelligence, and data analytics firm, has become an invaluable partner in governments’ aim to track illicit crypto transactions. This week, the company stepped up its contribution to crime reduction by providing tips on how government officials can identify crypto usage in their investigations.

Watching for All Signs

In a recently-published report, CipherTrace explained that crypto use in criminal activity appears to be on the rise. To make its point, the firm noted that raids from the United States Treasury Department had yielded a decreasing amount of cash from 2013. This suggests that crypto usage has ramped up – a problem that would make investigations and enforcement more difficult.

Besides the fact that crypto transactions are difficult to trace independently, the blockchain forensics firm also pointed out that many government officials seem unaware of what to look for when they make investigations. To wit, the firm laid out several smoking guns that could point to a criminal’s use of digital assets.

In its report, CipherTrace urged law enforcement officials to check any confiscated devices for crypto-related apps. Investigators are encouraged to look through browser histories, bookmarks, and specific apps. These include crypto ATM apps, exchanges, and wallets.

Investigators will also have to check trash cans and pieces of paper lying around, as they could contain Bitcoin ATM receipts and wallet recovery phrases. However, catching seed phrases won’t be easy as they can easily be hidden in planners, books, and other inconspicuous areas.

Along with seed phrases, things like hardware wallets and other physical custody deices could be hiding in plain sight. As CipherTrace notes:

“The signs of cryptocurrency use can be easily overlooked by investigators; hardware wallets can look like inconspicuous USB sticks and recovery seeds are just random words on a page.”

While the company understands the challenge of finding these clues, it urges investigators to be vigilant when searching for evidence of crypto use.

Crypto-elated crime is currently on the upsurge. CipherTarce reported that ill-gotten funds siphoned through these crimes hit $1.4 billion in the first half of the year, with the number set to hit record levels when 2020 rounds out. This increase in crypto crime has made the government warier of digital assets.

Beyond just lending useful insights to government officials on tracing criminal activity, CipherTrace has also helped in the field. In August, the company signed a contract with the Science and Technology Directorate of the Department of Homeland Security, where it developed a tool for investigators to trace Monero-based transactions.

Monero is currently gaining repute amongst criminals for its privacy and anonymity. However, CipherTrace is relatively confident that its tool can help a great deal with curbing its use. Dave Jevans, the company’s chief executive, explained that they had been developing the tool for over a year, and that it was relatively advanced. He added that the contract signed wasn’t a one-off, adding that they will be working on other products in the future.