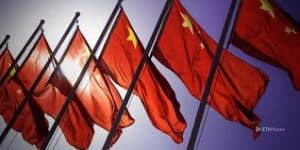 The Chinese government is making it easier for both private and public entities to make filings for blockchain-based patents, as the National Intellectual Property Administration (NIPA) released new guidelines for patent filing in the country.

The patent regulator had initially announced in December 2019 that it had revised its guidelines for filing patents based on several emerging technologies, including blockchain, artificial intelligence, big data, and more. While there are several components of the revision, one of the most prominent is a method for secure communication between blockchain nodes.

The application of this method proposes a means of communicating between nodes securely, with a device that provides effective encryption and security in communications.

The revision of the guidelines has described by analysts as a means of helping the government bridge the gap between the demand for blockchain and its supplication for emerging industries. It also reflects the government’s attempts to improve intellectual property protection, especially when it comes to patents related to some emerging technological fields.

Blockchain patent streamlining has been especially required in China, as companies have made a flurry of applications ever since president Xi Jinping endorsed the technology back in October. Expressing his view that blockchain will be a catalyst for economic development in the near future, the president encouraged firms to integrate blockchain into their operations as quickly as possible.

Responding to him, firms began to make a litany of patent applications. That same month, local news medium 8BTC reported that the Cyberspace Administration of China- the country’s Internet regulator and oversight agency- had approved several blockchain service providers to operate in the country.

Per the report, the Internet watchdog released a second list of registered companies, and it included a total of 309 entities, which cut across various economic sectors- law, culture, healthcare, financial services, etc.

Some of the highlighted services include HiCloud and AliCloud- the blockchain divisions of tech giant Huawei and retail company Alibaba respectively. 8BTC also explained that a lot of the companies had shown an interest in developing mining pools, public blockchains, and cryptocurrency wallets.

In addition to the private firms, government agencies were also highlighted, including the State Administration of Foreign Exchange, which is developing a cross-border business blockchain service platform, as well as the Hangzhou Internet Notary Office; that is working on a blockchain-based electronic evidence repository.

Chinese Authorities Warn Businesses to Stay Away from Crypto

The Chinese government is continuing in its anti-crypto crusade. After making it abundantly clear ...