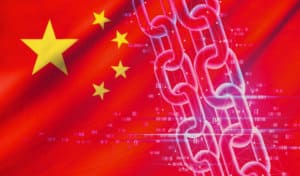 China has made yet another giant stride toward the virtual payment space. Emerging reports from local media reveal that the country has begun the second phase of the pilot program for its Central Bank Digital Currency (CBDC). These reports indicated that Guangzhou city residents can now pay for transportation using the virtual Yuan.

Users must first download the e-CNY app, make a deposit and pay for their transport toll by scanning the QR code attached to the cashier area of bus terminals. Note that the e-CNY is another name for the virtual Yuan, the CBDC of China.

This development emanated after another city in the country, Ningbo, incorporated virtual Yuan to pay for Subway fares at 125 different stations across the city. Then, Ningbo added to the growing list of China cities that are now using the digital Yuan. Before Ningbo, eight other cities had adopted the e-CNY through the pilot program.

Since the beginning of 2022, the digital Yuan has attracted enormous attention. This increasing popularity can be tied to how the utility of virtual currency has expanded. Numerous cities and regions in China have contributed heavily to the increase in the utility of e-CNY. Currently, more cities are bracing up to strengthen the virtual Yuan adoption further. In Guangzhou, city residents can currently pay for numerous housing fund projects using the e-CNY.

Furthermore, in an attempt to increase the utility of the digital Yuan, the Chinese government ventured into a partnership agreement with some private firms. Recently, the government partnered with food vendor firm Meituan and the popular e-commerce platform JD.com.

The partnership aims to design an airdrop initiative for the digital Yuan to provide special places where people can claim them. Then, the Chinese government intended to increase consumer spending on e-CNY. Meanwhile, the move has resulted positively as more than 6 million people have utilized the virtual Yuan to pay for food delivery fees on Meituan.

Currently, China is leading the league of Nations that is moving toward creating its CBDC. However, some countries have already initiated the digital version of their currency, yet, the e-CNY is the most popular. Though the Chinese government has shown a hostile posture towards crypto, it has overtly pushed for its popularity.

The popularity road is a little bit far for e-CNY due to the heavy dominance of some well-established payment firms. WeChat and Alipay are the two most well-known payment companies in China. In 2021, the digital Yuan recorded a transaction turnover of 87.6 billion. A figure that’s way behind the 118 trillion Yuan Alipay single-handedly registered. Without a doubt, 2022 will be a different and better year for the e-CNY due to its increasing utility. 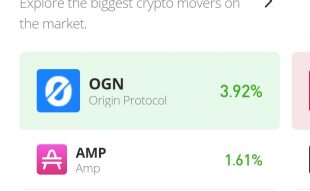