The CEO of Input Output Global, Charles Hoskinson, has said that Cardano is still his “greatest passion.” Hoskinson has been one of the most vocal voices behind the Cardano blockchain, and he has been insisting that Cardano would emerge as one of the best blockchain networks in the crypto sector.

Hoskinson posted a recent Twitter thread where he said he would not go anywhere, showing that he was still committed to the success of the Cardano network. He also said that Cardano had the potential to transform the lives of billions of people around the world.

Hoskinson also recently issued a statement saying that the Vasil hard fork did not have any issues with the quality despite the controversies surrounding the project. The project’s issue seems to have been resolved, with Hoskinson saying that the blockchain network was working in a stronger and better way than ever before.

Andrew Westberg, a stake pool operator, also confirmed that the developers had solved the issue with the network. Therefore, this could mean that Cardano developers will come up with a dedicated timeline for the upgrade that has been postponed multiple times before.

At the beginning of the week, Hoskinson urged the stake pool operators to upgrade their network nodes to version 1.35.3. This node offers the full capabilities that will come with the highly anticipated upgrade on the Cardano blockchain.

Hoskinson also assured the community that the network was rapidly growing, adding that many projects and passion were flowing into the network. He also added that the team was working hard to fund the balance between the user experience, fast delivery, and the network’s security.

Hoskinson has also expressed his disappointment over some things happening with the network. He admitted that he was frustrated by the organization of the Cardano community, saying that it was nearly impossible to find out their needs and desires. He also said that with his current knowledge, he would make a do-over of the network. 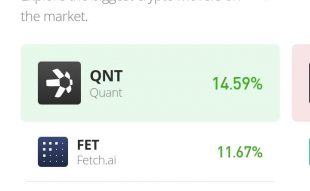