Celsius, a troubled crypto lender that filed for bankruptcy two months back, has filed a motion with the US Bankruptcy Court to permit customers that have held digital assets in various accounts to withdraw them.

However, the ownership of these assets does not apply to the assets held in the accounts providing annual cryptocurrency earnings and borrowing services. Such services could be held in the Earn and Borrow Accounts.

The community has elicited mixed reactions to this announcement. Some of the creditors that fall under the category of users that will be allowed to withdraw their assets have expressed optimism over Celsius’ concession of the funds held within the “Custody Program and Withhold Accounts.”

However, some community members have decried the low amount of funds that Celsius is willing to concede. The CEO of BnkToTheFuture.com, Simon Dixon, has tweeted that the community believes that the amount Celsius plans to release to users is significantly low than what is equitable.

According to Dixon, only $50 million of the $210 million held by 58,300 users in their custody accounts will be released per Celsius’ motion. All assets worth more than $7575 and which were transferred from the Earn Program and Borrow Program into Custody and Withhold accounts will not be released.

Celsius customers want all their funds back

Several community members have responded to the tweet by Celsius, and most of them have said they want all of their funds back. According to Celsius, the assets locked in the Earn and Borrow Programs are property of their estates, and transferring these assets to Custody or Withhold accounts is “a transfer of the Debtors’ property to customers.

Celsius also admitted that the proposal on the motion would likely not be supported by each customer and stakeholder and that the amount released would not be as high as some customers in the Custody Program and Withhold Account would want.

The motion filing comes a day after a group of 64 custodial account holders filed a complaint alleging that being entitled to custody assets would remain with the user according to the terms of use of accounts. 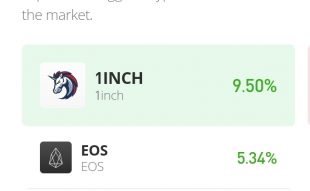 Chiliz Price Analysis for 2nd of September: CHZ/USD Appears to Be Consolidating Above the $0.1963414 Support

Join Our Telegram channel to stay up to date on breaking news coverage CHZ/USD ...