The venture arm of cryptocurrency behemoth FTX is funding something dubbed Lens Protocol, a new blockchain tool aimed at social media that allows users to endow an NFT with identity-related characteristics. The concept is that by using the NFT, you may maintain control over your privacy and data while hopping between several Web3 social networking platforms with a single identity.

This is a popular concept in the world of cryptocurrency and it makes sense. There is a common perception that the current social media paradigm is flawed; right-wing partisans scream that awakened tech overlords are censoring them, while left-wingers worry that social media is fueling a wave of hate and conspiracy theories. Meanwhile, users on both sides are usually tired of Twitter’s daily dose of performative preening and dunks, as well as how Facebook has turned into a virtual Walmart.

It makes sense that cryptocurrency billionaires like Sam Bankman-Fried of FTX and Chris Dixon of a16z are optimistic about Web3’s potential to reinvent social media for a new era. Dixon has staked a significant amount of money on this concept, most notably by backing a $200 million investment in the DeSo project, which aims to create a decentralized blockchain-based social platform.

It’s difficult not to support such endeavors. Who wouldn’t want to ditch Facebook and Twitter in favor of a similar site without the data-gathering and algorithmic manipulation? The issue is that while Web3 social media is an intriguing concept, its viability in real use is far from certain. One reason is that only crypto enthusiasts would even attempt a Web3 social network—and then quickly wonder, “What’s the point?,” if none of their friends and family are also using it. Web3’s user interface is still terrible.

Still far into the future?

Web3 supporters will be quick to assure you that the design issues will be resolved in due course, but as of right now, a mainstream product feels like it will be available in at least five years. The least difficult task, on the other hand, might be user design. Additionally, there’s the issue of content moderation, which crypto zealots will attempt to dismiss as more woke censorship, but which will inevitably become a pressing issue as decentralized social networks dedicated to disseminating content showing instances of child sexual abuse or genocide emerge. Additionally, because blockchain networks are interconnected with financial networks, know-your-customer regulations will unavoidably be demanded by authorities.

Web3 types are quick to claim that new blockchain identification solutions will be able to fix this problem, but these solutions will remain fanciful unless they integrate with the DMV or another government database. 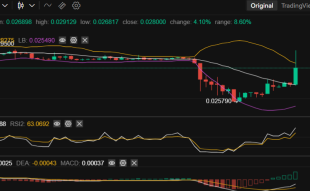