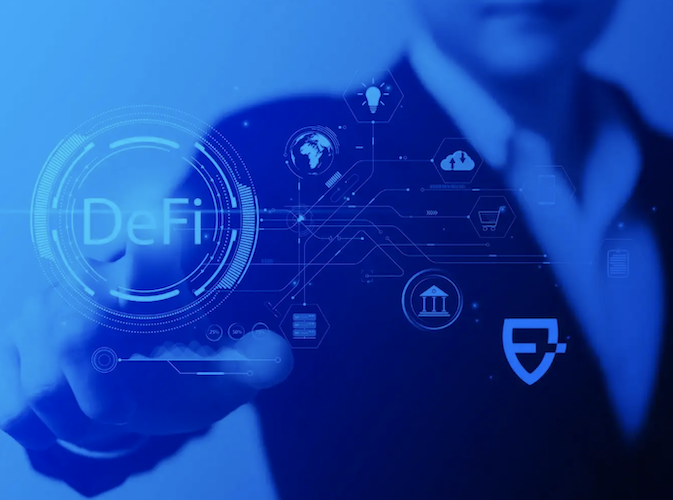 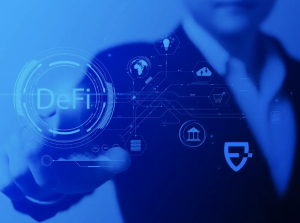 DeFi insurance may finally have a chance to succeed in troubled crypto markets, but only if it can overcome key obstacles.

Less than 1% of the $47 billion worth of assets in the DeFi ecosystem are currently protected by a policy that will help replace them in the event of a hack or programming error. That was also true in June of last year, following the loss of the peg for Terra Luna’s algorithmic stablecoin, TerraUSD, which resulted in a $40 billion loss. The consequences of that black swan occurrence rippled through the business for the remainder of the year, and some would argue that they are still being felt today.

DeFi insurance claims totaling tens of millions of dollars were made as a result as users sought to recover their losses. Since June, about 68% of the claims have been filed and paid. After surviving their baptism by fire, the businesses selling DeFi cover, the popular word used in the sector for this kind of insurance, are confident about maintaining the momentum.

A general phrase for insurance that covers blockchain-related behavior is “DeFi cover.” It operates on the same fundamental tenets as conventional insurance: Policyholders pay a premium and are paid out if and when they make a claim for an insured occurrence. The products actually diverge from typical insurance in response to those occurrences: stablecoins losing their peg, crypto assets getting locked on a platform, hacks, or faulty code leading to erratic behavior in smart contracts.

Payouts can occur in different ways and at different rates.

These tools can send payment to a policyholder as soon as it notices that the stablecoin has fallen 5% or more below the value of its target asset, which would be the case for something like a stablecoin losing its peg, such as when a coin designed to hold a value of $1 suddenly drops below that mark. There is typically a 90-day waiting time before claims can be lodged in other circumstances, such as when customer funds become blocked on a company’s platform. Humans typically weigh in on them to determine which are reliable.

Despite all the similarities, DeFi cover must deal with the fact that the insurance sector in the US has been under to strict regulation since the 1940s. Therefore, the companies that sell DeFi cover prefer the word “DeFi cover,” despite the fact that it behaves and looks a lot like what most people would consider insurance.

According to OpenCover, more than 17,000 covers have been sold since June. Jeremiah Smith created the website in December to collect information from the expanding DeFi cover market on the Ethereum, Polygon, Arbitrum, Optimism, BNB Smart Chain, and Avalanche networks. As of Tuesday, DeFi cover companies like Nexus Mutual and InsurAce had $284 million in total value locked up.

Thus, less than 1% of the $47 billion in assets that are currently held in DeFi protocols like Aave and Lido are protected. In June, when OpenCover initially began keeping track of the overall value locked in cover providers, $394 million was locked in covers compared to the almost $80 billion in assets in the DeFi ecosystem—higher totals, but roughly the same coverage percentage.

Approximately 68% of the 525 claims that were made since then—for everything from the Axie Infinity sidechain and Binance bridge hacks to the Mango Market flash loan assault or the failure of cryptocurrency firms like Celsius and FTX—resulted in a payout.

It makes reasonable that the appeal of DeFi cover for the degen community would only become apparent in the wake of falling prices, bankruptcy, and hacks.

Degens, a term used specifically for degenerates in the cryptosphere, thrive on high-risk trading and a crypto fixation. Additionally, even if they don’t directly enroll in DeFi insurance policies, they might still have a backstop available to them the following time they get rekt.

This is as a result of DAOs, DeFi initiatives, and other cryptocurrency firms increasingly purchasing their own insurance, according to Smith.

You don’t have to get insurance on your own as a user. Additionally, you can employ a protocol to guarantee the security of every user, he added. It is much simpler to simply organize everything in that manner.

The teams releasing new DeFi apps can ensure that at least a fraction of lost customer cash can be recovered by doing this.

Additionally, it implies there is potential for suppliers of very specialized coverage, such as Sherlock Protocol, which specializes in covering smart contracts. Code blocks known as “smart contracts” carry out a series of instructions in response to an input, such as purchasing or selling a token if its price reaches a specified level. Sherlock has so far sold coverage to protocols like DeFi options exchange Lyra, staking platform LiquiFi, and crypto lender Euler.

In late November, Jack Sanford, a co-founder of Sherlock, said,

We solely address smart contract exploit risk. We were fortunate in that we were highly concentrated, which prevented us from being exposed to anything. Since our launch 14 months ago, there have been no claims.

Sherlock’s 15 processes have yet to yield any claims, but there has been some exposure to the FTX bankruptcy’s long tail contagion.

Orthogonal Trading defaulted on $31 million worth of loans from a lending pool managed by M11 Credit, according to a December announcement from DeFi lending platform Maple Finance. Sherlock revealed in a blog post that it had contributed USD Coin (USDC) to the pool in the amount of $5 million in August.

Sherlock sought to withdraw its cash after FTX declared bankruptcy on November 11, but was unable to do so due to the required 90-day lockup period. Since the company had already lost $4 million by the time Sherlock was able to access its USDC, it was too late.

Sherlock is still figuring out its identity with regard to where it fits in the ecosystem, but it’s becoming clearer that Sherlock should have as little exposure to centralized entities as possible and that Sherlock should delegate capital allocation elsewhere, possibly back to stakers themselves.

Since the beginning of the year, the company has covered five additional processes and on January 20 launched an audit competition for Optimism. Sanford said that, while not ideal, turning smart contract audits into public contests among blockchain security researchers for rewards leads to more thorough results than using in-house teams.

“There is never a 100% guarantee that a bug won’t be present. What contract you are looking at doesn’t matter to me. If it’s Uniswap‘s first contract, there’s always a potential that something gets stolen out of it due to a problem that no one has yet discovered, he said. And as a result, you have the paradox that people who demand 100% assurance to invest their money would never be able to achieve it due to the way the code operates. And therefore, in my judgment, insurance is the only way we can get over that hurdle.

In the meantime, InsurAce has over $12 million in coverage locked in for 150 protocols over 20 different chains, making it the third-largest DeFi cover provider after Nexus Mutual and Unslashed Finance.

According to the company’s statistics, 182 of the 219 claims it has received are related to the TerraUSD algorithmic stablecoin losing its one-to-one peg with the US dollar in May 2022. A total of $10 million has been paid out to 141 of them.

Payouts, InsurAce’s chief marketing officer Dan Thompson says, help prospective clients develop a sense of trust and dependability. But because it wants to start offering coverage to much larger clientele, InsurAce suddenly finds itself at a turning point.

“We want to establish ourselves in Bermuda so that we can support reinsurance. In order to enter the market, reinsurance companies have been pursuing us for approximately a year, he told Decrypt. This is advantageous because it will enable us to accept some of the larger clients and customers that require high coverage rates.

According to Thompson, InsurAnce receives weekly requests from institutional funds and high-net-worth people seeking coverage for up to $20 million that it will be unable to provide until it relocates to Bermuda. It will be able to work with a reinsurer, who serves as an insurer for insurance companies and permits them to take on more risk than they could otherwise handle, as per Bermuda’s insurance regulations.

When InsurAce does act, it won’t do so on its own. In a news release, it is stated that one of its rivals, Chainproof, a provider of smart contract coverage, relocated there in July.

The desire of traditional insurance companies to begin covering blockchain activities is a very recent trend. According to Paul Ricard, a partner in the insurance division of consulting firm Oliver Wyman, many of them up until recently lacked the necessary industry knowledge to develop a workable DeFi strategy.

Paul Ricard says that they are currently going through a similar process to what occurred in the 1990s, when the first cyber insurance plans began to cover corporate liability for data processing failures. Since then, those have changed to include ransomware attacks and data breaches.

Traditional insurers have been highly successful at predicting future events using previous data, but Web3 is an emerging risk that is always changing, according to Ricard. Therefore, it’s crucial for participants to form the correct alliances with businesses, such as those offering security assessments for some of these Web3 organizations, in order to keep creating insurance products.

He believes that DeFi insurance policies from established players will cover a very limited range of risks while attempting to complement their business knowledge with an ecosystem of Web3 native partners, much as what happened with cyber liability insurance.

The fact that the insurance business first became enthusiastic about blockchain five years ago, only for the excitement to dissipate, has made that effort challenging.

There were numerous proofs of concepts, according to Ricard. However, most of the time, there were problems looking for solutions.

Web3 has now developed into an unavoidable risk source. In addition, despite all the commotion caused by the crypto contagion last year, it also produced a vast amount of publicly accessible data to aid DeFi cover and insurance providers in better understanding those risks.

“Having everything on-chain, transparent, auditable, and self-custodied is the whole objective. DeFi eliminates several dangers by design,” according to Smith, the inventor of OpenCover.

However, we must equally acknowledge that it generates new risks, for which we must develop indigenous remedies. Because of this, we wager that this sector will be quite profitable. 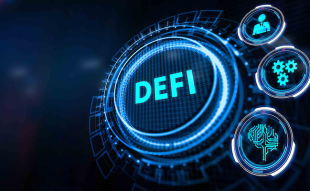 DeFi Can Solve $2T FX Risk Problem, According to Circle and Uniswap Research