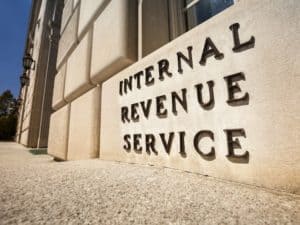 Coinbase has built a reputation for cozying up to the government and various regulatory agencies for a while now. While the company has benefited significantly from it, customers haven’t been all too happy about this pivot. Now, their biggest fears could be coming to pass.

A Trove of Data to Check

Earlier this month, The Tax Law Office of David W. Klasing, a boutique tax law firm based in California, issued a press release warning Coinbase users that the Internal Revenue Service (IRS) is beginning to monitor them closely. The release, which came from the firm’s capital allowance specialists and lawyers, explained that they had witnessed a rise in IRS enforcement against Coinbase users who don’t comply with their tax compliance and reporting requirements.

“If you have failed to report holding Bitcoin or other virtual currencies on your past returns or filed an incomplete or misleading picture of your cryptocurrency holdings, the time to act to correct this is now,” the company said, explaining that the IRS could begin picking defaulting users and fining them.

The law firm added that defaulting users won’t b able to use voluntary disclosure programs or amend their disclosure forms once independent audits begin.

In its report, the firm noted that Coinbase has been cooperating more with government agencies and investigators. This has led to a heightened level of information requests into users who dodge their taxes. With the agency reportedly taking a closer look at cryptocurrencies in the past year, it has been leveraging Coinbase’s willingness to cooperate to identify users failing to report their taxes.

It’s worth noting that Coinbase has been cooperating with much more than just the IRS. Last month, the exchange released its Transparency Report, where it confirmed its dealings with tax authorities. According to the report, Coinbase handled 1,914 requests from law enforcement agencies worldwide in the first half of the year. Of these requests, 97 percent were related to criminal investigations.

The bulk of the requests were from U.S. agencies, totaling 1,113 inquiries. About 441 came from those in the U.K., while 176 came from German authorities.

In the United States, the FBI made the highest number of requests, with 340. This was a long way ahead of the Department of Homeland Security Investigations, which came in second place with 184 requests. Local state agencies made 180 requests, while the Drug Enforcement Administration (DEA) made 104 requests of its own.

While Coinbase didn’t specify the number of requests granted, there’s a significant chance that it cooperated with the majority of them. As the firm noted, most of these requests came in the form of subpoenas, court orders, and search warrants.

“We respect the legitimate interests of government authorities in pursuing bad actors who abuse others and our platform. Yet, we will not hesitate to push back where appropriate.”

Coinbase’s agency-friendly approach has rubbed some users wrongly, with some even threatening to quit its platform entirely. Still, the exchange has been unwavering in this approach, with CEO Brian Armstrong saying that this was necessary to improve fiat-crypto relations and stay compliant with the regulations already on ground.

Join Our Telegram channel to stay up to date on breaking news coverage Brad ...